Harbhajan Mann is an iconic Punjabi singer and actor. He shows his versatility as an artist by performing memorable tunes and pushing the Punjabi film industry to make contemporary and epic films. Learn more about his life, career and music in an exclusive interview.

"simple food and simple life is what keeps me going"

Harbhajan Mann is a prolific Punjabi singer and actor. He is an artist that has combined his Canadian and Punjabi cultures into a talent that has brought us memorable Punjabi songs and films.

Born on 30th December 1965, Harbhajan Mann started singing in 1980-81 and as an amateur who used to perform in local shows for the Asian community while in his school in Canada. He also formed a group with his brother, Gursewak Mann.

Harbhajan’s aspirations to sing professionally were sparked when he studied music from his first guru, Karnail Singh Paras Ramoowalia. The Ramoowalia dhadi group were well known for singing a style called ‘Kaveeshri’ which was to sing without the aid of any instruments. Harbhajan found this style very encouraging and developed his early singing skills under the wing of KS Paras Ramoowalia. 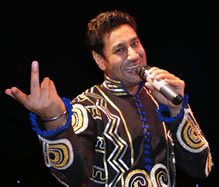 Subsequently, his ability to become a singer was spotted by one of the most famous Punjabi music directors ever, Shri Charanjit Ahuja, who was touring Canada. He encouraged Harbhajan to sing and develop his talent. His first professional break came to him in 1992 while he was still in Canada with the release of Chithiye Nee Chithiye. This track became a success with the target audiences in Punjab.

However, he realised that to seriously get into the world of Punjabi music it would mean going to India after gaining success with his first hit song. He accepted that the industry for Punjabi music was too limited in Canada. So, he returned to Punjab to record his albums.

With the help of India MTV and some extra promotions from T-Series, Mann’s 1999 album, “Oye Hoye”, became a tremendous hit. Harbhajan became a recognised name in the industry. His Punjabi-pop style soon attracted audiences from all over India. 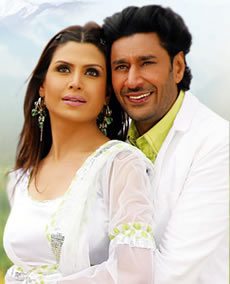 However, singing was not only his passion, Harbhajan developed himself as a Punjabi actor too. Using both his voice and acting ability, Mann became a prominent figure in the Punjabi cinema. He has a strong commitment towards his presence in the Punjabi film industry and is keen to develop the industry on a larger scale. He acknowledges that Punjabi cinema is relatively compared young to the 70+ year old Bollywood and admits that budgets are one of the key problems holding the industry back. But believes it will get better as more backing and support is provided to keep the industry alive. He says,

“Punjabi’s are living in well over 120-130 countries and we need to take our cinema everywhere. Once that happens the collections will be bigger, the returns will be bigger and everything will get bigger”

We caught up with Harbhajan Mann on his visit to the UK whilst on tour and chatted to him more about his music, films and career. Watch the exclusive SpotLight interview below. 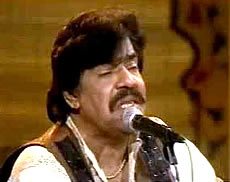 Mann has major admiration for Pakistani Punjabi folk singer Shaukat Ali, whom he met in 1985 in Toronto, at Shaukat’s concert. Mann is greatly inspired by Shaukat’s vocal quality, his soulful singing, his numerous compositions and his subject matter. When making new songs, he likes to keep Shaukat in his mind, studying and using techniques that he has learnt. More importantly, Mann is very thrilled about the point that Shaukat Ali sung the traditional ‘Heer’ on the album for Harbhajan’s ‘Heer Ranjha’ film.

In his personal life, Harbhajan Maan is married and has a family of two boys and a girl. He confesses juggling family life and his entertainment career is a major challenge and it is hard to keep everything balanced at times, especially with his involvement in films with schedules, his own production house, and touring, which is his main earning activity. When talking about food, he is a complete fan of ‘daal and phulka’ and says, “simple food and simple life is what keeps me going.” When asked about his children following in his footsteps, he says his eldest son shows interest in singing but it’s too early to say and let’s see what happens.

Harbhajan Mann has been a Punjabi and Bhangra icon for many of his fans. He has brought his own unique pop and vocal style to the Asian music industry and has shown that his talents are diverse by venturing into Punjabi films as well. He now embarks on a career to invest into his existing talents and develop himself into even a bigger name, notably as a singer, actor and now film producer.

Check out some exclusive photos from Harbhajan Mann’s UK tour in our gallery below.