How the World Cup will impact the Premier League

The 2022 FIFA World Cup has been criticised for its disruption of the 22/23 Premier League. But, how will it impact the players and teams?

"Nobody really cares about the players in these moments"

The 2022 World Cup was a spectacle for all eyes as fans across the globe saw Argentina lift football’s most prized trophy.

The final saw France take on Argentina and after a 3-3 scoreline after extra time, the tie was settled on penalties.

After decades and a stint of international retirement, Lionel Messi finally got the cup that has evaded him for so long.

However, whilst the Qatar tournament was filled with emotion, shocks and memories, it still disrupted the flow of every major league in the world.

One of these is the Premier League, considered by most to be the pinnacle of domestic club competition.

Even before the World Cup began, Covid-19 caused mass havoc to the 20/21 campaign. Players are still feeling the effects of such a condensed schedule.

More midweek matches and little rest in between have resulted in more injuries and setbacks for clubs.

The Premier League halted on November 12/13, 2022, and will resume again on Boxing Day. Therefore, players in the final will only have eight days to rest before they need to go again.

Physically, this is very taxing on the players and will impact their ability to properly recover.

Even those who didn’t make it as far as the final have to deal with the psychological effects of bowing out of a competition that only happens every four years.

So, whilst the World Cup gave football fans a memorable tournament, we look at the key areas it will affect the world’s most followed league. 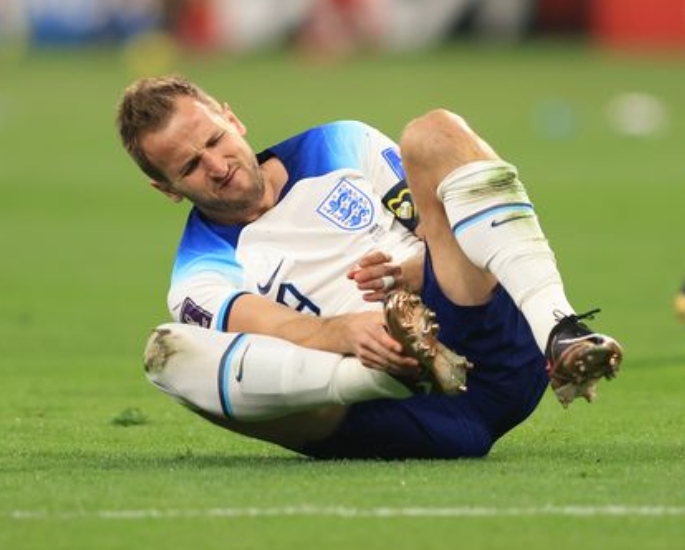 With the volume of games increasing and a reduction in recovery time, there are concerns about the fatigue and injury of players.

Various Premier League managers have voiced their concerns over players’ welfare and some teams suffered setbacks before the World Cup even started.

Players like Gabriel Jesus, Ben Chilwell and N’Golo Kanté didn’t make it to Qatar and are still on the mend.

But, with such a hectic schedule of games, it’s likely that more players will get hurt or not perform as well due to fatigue.

More than likely, managers will have to rotate their squads more to reduce player workloads.

However, this will have a huge impact on those teams without depth and who heavily rely on key individuals for their results.

For example, Arsenal are flying high at the top of the table as of December 2022 but they lack attacking backups.

Their star players like Bukayo Saka and Gabriel Martinelli, who both featured in the World Cup, will have to continue their fine form.

But, keeping up this pace with such a congested run of games will be difficult. Using their substitutes will be vital but could it hinder their title hopes?

Although, teams are now allowed to use five substitutes – an upgrade from the traditional three. This was partly due to fears of injuries.

This can also work the other way and players that didn’t make it to the World Cup will be well-rested and raring to go.

Most notably, Manchester City’s Erling Haaland and Liverpool’s Mohammed Salah are players that can change the course of the season.

Although their respective nations didn’t make it to Qatar, it means they would have had more time to rest and prepare for the rest of the Premier League season.

Therefore, they could take advantage of teams that are missing important players through injury. 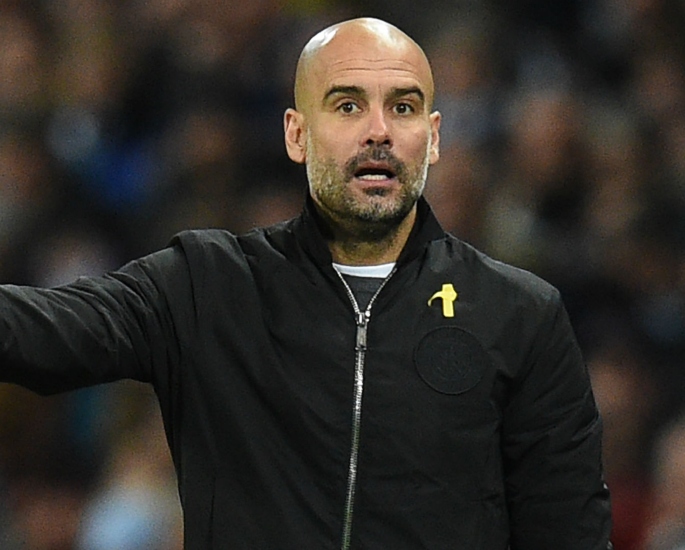 Before the World Cup began, there were more midweek matches in the Premier League to make up for the condensed run-up to Qatar.

In some cases, teams were playing three league matches inside seven or eight days.

For teams in European club competitions like the UEFA Champions League, it made the fixture list even harder to cope with.

Some teams have had to play a match and then play another three days later, with really only one day to prepare due to travelling and resting in between.

On this note, clubs playing in the Champions League and Europa League had to fit their games into an eight-week window instead of the usual 12.

Managers have been going berserk due to how many matches their teams have to play.

It not only gives the players less time to recover, but it also deducts the amount of preparation managers can go through.

Therefore, they cannot work on tactics as much and in turn, this will have an effect on how games and results pan out.

Earlier in 2022, Manchester City boss Pep Guardiola hit out at how tight the schedule is:

“In some periods, I’d love to have more time to enjoy it but here every three days there’s a game, there are more games, more competitions but still 365 days.

“My feeling is it will be worse before better.”

Liverpool manager Jurgen Klopp has never shied away from expressing his feelings about football in England.

He’s made comments before about how packed the seasons are and hit out at football federations for not caring about the players.

Talking about the World Cup final and the impact it could have afterward, he said:

“If you are in the final or if you play for third place, then you play a week later football again.

“Then you play [December] 26th, 31st, 2nd and stuff like this. Obviously the guys in the Premier League like the spectacle.

“We’ve said it now often enough, nobody really cares about the players in these moments, but it’s how it is.”

The biggest consequence this busy schedule will have is the performance of each team, especially the “big six”.

The Premier League is one thing but then having European games to balance will put a lot of pressure and strain on players to perform.

And to keep the level of output the same across each game will be even more tiresome. 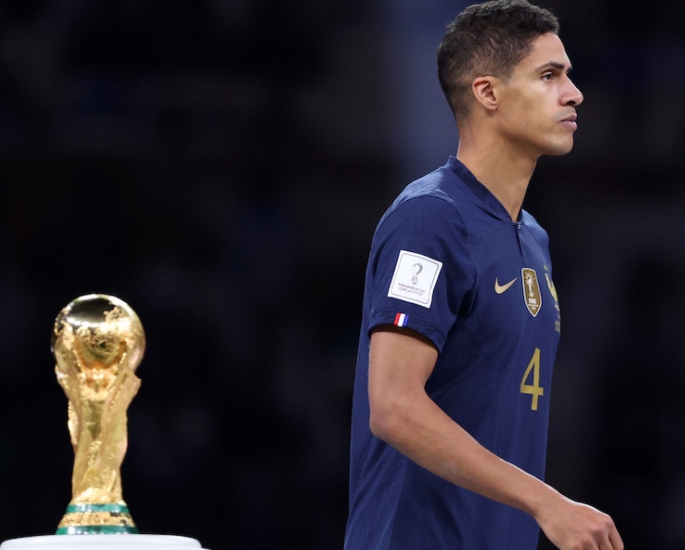 The World Cup will of course put a lot of physical demand on teams but not many critics, pundits or media have thought about the psychological effect the tournament will have.

Players will be dealing with a lot of mental stress and lingering emotions from World Cup – both good and bad.

For example, Emiliano Martinez, goalkeeper of Aston Villa and now World Cup winner with Argentina will be on a high upon his return to the Midlands club.

Speaking on the dramatic win, he expressed:

“It was a game of suffering, just two efforts against us and they drew level with us.

“One thing we said was that it was our destiny to suffer, we got 3-2 ahead again, and then they gave another penalty against us.

“Then I did my thing, what I dreamed of, there could not be a World Cup that I have dreamed of so much.”

“To my family, I came from a very humble place, I left when I was very young to England and I want to dedicate it to them.”

There’s no doubt that Martinez will continue his exceptional form in the Premier League, especially after his heroics during the penalties.

Joining the keeper in the celebrations was Manchester United defender, Lisandro Martinez.

He had some key moments during the tournament and played a pivotal role in some important games when coming off the bench.

However, his club teammate and French defender, Raphael Varane, would have been devastated after the loss.

Even though Varane and Martinez will join back up for Manchester United, they will have very differing emotions.

The duo are the starting pair at the back for United and the club is hoping the World Cup doesn’t affect their chemistry.

Although, Varane has stated the French have a very tough mentality and it won’t hinder their professionalism:

“I’m very proud of this group and to be French. We keep our heads high. It went by very quickly, after that we were physically better.

“We pushed and we believed up until the end. We nearly turned the game around, after starting badly.

“It was a sinuous journey but there was a mental strength in this team, a lot of heart.”

“We’re disappointed but there’s a lot of pride.”

It’s important to note that England had an extremely good chance to knock France out of the competition.

A Harry Kane missed penalty squashed those dreams as his effort went over the bar and the result settled at 2-1.

The nation was in good spirits that they could give the former world champions a tough test. And whilst they were the better side, they ultimately came short.

Although Kane took full responsibility for the loss on his Instagram, there’s no doubt he will be distressed over the situation.

Whether this impacts his performance for Tottenham Hotspur, we can only wait and see.

In similar conditions, fellow English teammates like Jordan Henderson, Marcus Rashford and Raheem Sterling will still show some glimpses of grief over their World Cup exit.

It’s going to be interesting to see how the World Cup truly affects the Premier League and the players.

Injuries and fatigue are a given and there is no doubt that squad rotations will become even more prevalent as the season goes on.

Whether this impacts the team’s performance and the manager’s tactics will be intriguing to see.

Some clubs and star players will look to take advantage of weakened teams, whilst others may struggle to bounce back to their style pre-World Cup.

So, let’s see how the 22/23 Premier League pans out and if the World Cup plays a pivotal role in how the champions are crowned.