"Winning the title this season would make the city so proud."

An Indian restaurant in Leicester will be giving away 1,000 curries for free if the city’s football club claims the Premier League title in the 2015/16 season.

Leicester City season ticket holders can collect their free meals, ranging from a mild madras to a sizzling jalfrezi, at Spice Bazzar on Welford Road.

Cooking up a Desi feast as such is no small matter for the modest curry house. But owner Abdul Giash feels the occasion requires an extraordinary celebration.

He tells Leicester Mercury: “I never expected Leicester to do this. I expected them to get to 40 points and then sit comfortably in mid-table, but this is just unbelievable. The supporters who come in here can’t believe it either.”

Leicester FC has emerged as a ‘surprise’ team in the current season, on course to make history for the Premier League and the Asian-populated city.

Giash continues: “You only experience this sort of thing once in a lifetime. I want them to do it continuously, but winning the title this season would make the city so proud.

“We want to be a part of the celebration, thank the home and away supporters and to encourage them to back Leicester to win the league.

“I know it’s going to cost us thousands, but it doesn’t bother us.

“We are not going to do it every time, and we hope that by doing this, people recognise us.”

Spice Bazzar will also display blue LED lights in the restaurant as part of the ‘Backing the Blues’ campaign. On April 29, 2016, the entire city will turn blue in anticipation of the match against Manchester United. 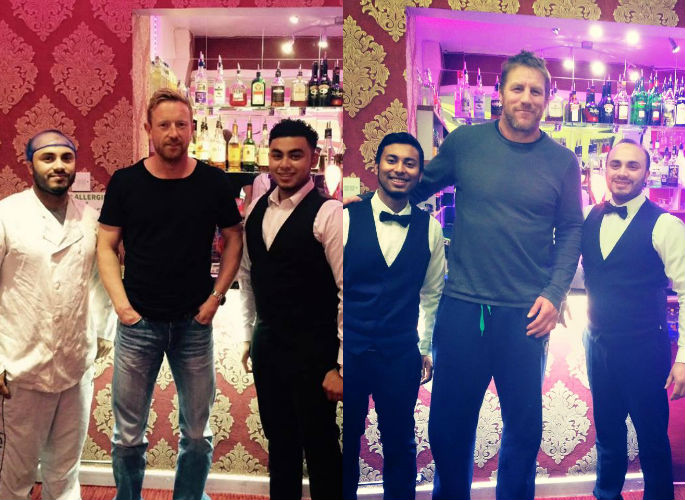 Leicester City is sitting comfortably at the top of the league table, with five points ahead of Tottenham Hotspur. They are only four more games away from lifting the Premier League trophy.

The hashtag ‘#backingtheblues’ have been trending on Twitter, generating an endless ‘blue’ stream of stories showing just how proud the city and fans are of the club’s astonishing achievement.

If Leicester City wins the Premier League title, Spice Bazzar can expect a street party that the city has never seen before!