Usher and Dido next for AR Rahman

After his huge global musical success with Slumdog Millionaire, AR Rahman now is pursued by big Western pop stars for collaborations. Amongst them – US R&B star Usher and Brit-Pop sensation Dido.

AR Rahman has announced that he will be collaborating with the likes of Usher and Dido in his next album after his next tour which takes place between 16th July and 25th July 2010.

After working with greats like Andrew Lloyd Webber, Kylie Minogue, MIA, Nicole Scherzinger of the Pussycat Dolls, and over 60 international musicians including Quincy Jones and Lionel Ritchie in a charity single, Rahman is embarking on expanding his music on a true global scale.

Since winning two Oscars and Grammys each for Slumdog Millionaire, Rahman has been flooded with offers for collaborations from all over the world.

American record label, Interscope Records, owned by Universal Music Group, that has artists like Black Eyed Peas, Dr Dre, Emninem, Lady Gaga, Limp Bizkit and U2, signed to the label, recently signed Rahman for an international music album. “The work is progressing really slowly,” he said. “I can’t confirm who’ll be working with me, as of now, but talks are on with several musicians for the same,” he added.

Rahman has been in conversation with US R&B superstar Usher and British pop songstress Dido, who have expressed their love and talent for the Indian Music Mogul and are now in talks about working with the magnificent maestro soon after his tour. Usher has 5 Grammy awards to his name and has sold over 45 million records worldwide.

Rahman said of the prospective collaboration,

“Dido and Usher have approached me for collaborations, but I’m concentrating on my world tour right now, and may work with them after its over.”

With this exciting news in mind, it seems like A.R.Rahman is defiantly going mainstream and working with big names in the music industry. AR Rahman has been recognised in India and by the South Asian community both in the UK and worldwide as a visionary composer and musician for the past decade, however, he shot to global fame in 2009, following the incredible success of Danny Boyle’s Oscar winning film Slumdog Millionaire and his track Jai Ho. 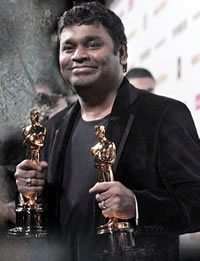 Rahman has been dubbed the “Best selling composer on the planet” by The Telegraph, the “Mozart of Madras” by the Time Magazine and the Daily Telegraph says, “There is a special quality in those sinuous tunes, a kind of primal innocence that would melt even the sternest sceptic.”

The ‘Jai Ho – AR Rahman Journey Home’ World Tour 2010 will be pulling out all the stops to make sure it is a stage extravaganza. AR Rahman fans will be treated to the songs that have taken him to the very pinnacle of the music industry, including smash hits from ‘Slumdog Millionaire’ as well as legendary Indian Films such as ‘Lagaan’, ‘ Jodha Akbar’ , Roja, ‘Ghajini’, Yuvraaj’, ‘Bombay’ and ‘Rangeela’.

AR Rahman is heavily involved in rehearsals for his next scheduled tour which includes Zurich, Paris, Amsterdam and then the UK. he told the UK press about his Hip-Hop influenced tour dancers who have choreographed some of the very best choreography.

He has turned down offers from Hollywood to concentrate on his tour, Rahman said, “A number of directors spoke to me about composing for their films, but I haven’t had the time.” He added, “I’ve had to turn down two Hollywood projects, but I can’t reveal their names, because I need to respect their privacy.”

When Rahman was asked does her prefer Hollywood or Bollywood, he said, “Nothing gets priority over anything else — I’m not ignoring Bollywood over Hollywood or vice versa,” and added. “The priority is to do everything right!” 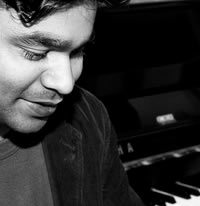 With a frantic schedule many wonder how the music master handles everything, in response Rahman said, “All the work goes on simultaneously,” and said selflessly, “I have a hard-working team of people who I trust completely. They work round the clock to make things happen.”

When quizzed about how success might have changed him or his lifestyle, AR Rahman responded, “Rather than making money I believe in making people happy, all other things are secondary. Money isn’t important, creative satisfaction is.”

July 2010 will be a very exciting month for all AR Rahman music lovers as the tour will kick off in Zurich on 16th July, followed by concerts in Paris and Amsterdam. The UK leg will take Rahman to the LG Arena in Birmingham on the 23rd July, with the closing weekend of 24th and 25th July in the two biggest arenas in London – the O2 and Wembley.

Jas likes to keep in touch with the world of music and entertainment by writing about it. He does like hitting the gym too. His motto is 'The difference between the impossible and the possible lies in a person's determination.'
Harbhajan Mann
Summer City Jam for Anjool Malde