“The book is a tribute by A R Rahman to singers who have influenced his music."

The book itself shines light on those known and unknown artists who have contributed to his musical career over the last two decades. It is also a tribute to Rahman as the Mozart of Madras.

Rahman is known as the Mozart of Madras due to his musicality and similarity in greatness to the Salzburg master composer. Wolfgang Amadeus Mozart was a prolific and influential composer of the classical era. 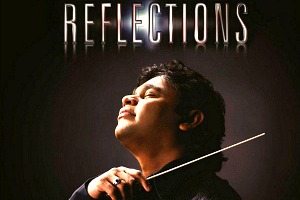 One of the many artists featured is Sudha Raghunathan, one of India’s top carnatic singers. She has a stunning voice and all her music contributes towards the Samadhaaya Foundation.

When asked about the book Rahman said:

“Twenty years after my first film, I am pausing to reflect on the people who have contributed so richly to my music. I am happy that these wonderful individuals have been so beautifully photographed by Selva.”

“Through arduous long nights and day-long rehearsals and recording, my half sleepy and tired, unassuming and self-effacing colleagues stood tall by me, sharing and celebrating my success. This is my heartfelt tribute to them.”

Not many great people take a moment out to realise who they are. Rahman shows gratitude and humbleness through this book. Letting everyone know about all those artists who helped him throughout the arduous years. 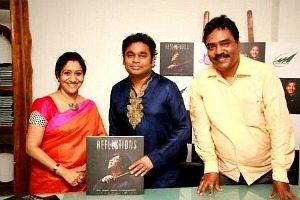 Rahman’s musical talents cannot be easily measured. He is a master musician of our generation. He is a singer, songwriter, composer, producer, conductor, philanthropist and music director.

Rahman is well known for his immense success in Bollywood, Southern and international films. Most notably he made global impact with the soundtrack to Danny Boyle’s Slumdog Millionaire (2008). He won two academy awards for his contributions.

The book is authored by celebrity photographer T Selvakumar. Selvakumar is the director and founder of Audio media, who published the book. He is also India’s first certified Apple trainer in music production and sound engineering. He said: 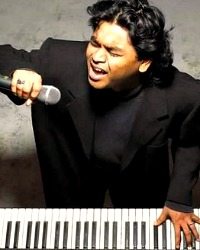 “The book is a tribute by A R Rahman to singers who have influenced his music. It is also a heart warming tribute by the singers to the composer/special man who shared with them his unique and compassionate style of working and who helped them tap into and discover musical potential which sometimes they did not even know they possessed.”

Selvakumar has photographed numerous music and film celebrities for some well-known publications. The photographs he has taken for Reflections are beautiful and have been described as a ‘visual delight’. He has impressively captured the true essence of Rahman and others committed in their work, to create magical sounds.

Moreover all the proceeds from Reflections will go to the A R Rahman Foundation. The Foundation has a vision to support education of underprivileged children. They aim to set up educational institutions to help those who cannot pay for their own education.

A beautiful notion from Rahman to all those artists who have worked with him throughout the years and helped him achieve who he is today. Have a look for yourself at the beautifully photographed images of many artists in Rahman’s incredibly rich career. Reflections is on sale now.

Yasmeen is an aspiring fashion designer. Aside from writing and fashion she enjoys travel, culture, reading and drawing. Her motto is: "Everything has beauty."
The Popularity of Pakistani Rock Music
Anita Lerche the Unique Punjabi Singer