The Popularity of Pakistani Rock Music

Pakistani rock music is like no other. Famous the world over, we take a look at some of the best known rock bands to have emerged out of Pakistan in the last few decades.

Using music as a vessel for social change has been extremely significant for Pakistan.

Pakistani rock music is considered the best in Asia. These days semi-rock or rock-pop music is a rising favourite among people.

There used to be a time in Pakistan when breadwinning through music was considered a taboo but this has changed and social taboos have faded away.

The Pakistan music industry has seen the emergence of enthralling rock stars since the 1980’s. The music is mostly sung in Urdu but contemporary songs include diverse languages like Punjabi, Pushto, Sindhi and English.

Musically speaking, rock music is a genre of music that centres heavily around guitars and drums. However, there is no universally accepted definition of rock music.

Rock music today is a much wider concept; it is a concoction of all forms of music from soft pop to heavy metal. It has myriads of forms that include classic rock, jazz-rock, rap-rock, punk rock, progressive rock and heavy metal rock. 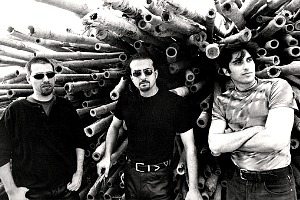 It all began with Vital Signs. Formed in 1986, this band became the first commercially successful rock group in Pakistan. Their first single, ‘Do Pal Ka Jeevan’ was a huge success.

They signified a new wave of modern thinking in Pakistan and revolutionized the music of South Asia.

The band consisted of Rohail Hyatt on the keyboard, Shahzad Hasan playing bass, Nusrat Hussain on the guitar and Junaid Jamshed as lead singer.

They were the brains behind the unofficial anthem of Pakistan, ‘Dil Dil Pakistan’, which became a worldwide hit and is still played regularly today. 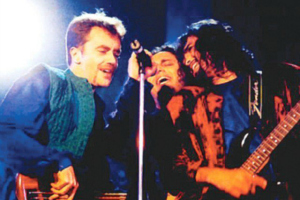 When it comes to heavy rock music, nobody can forget Junoon. They are considered one of the most famous bands in the Pakistan music industry. Referred to as the U2 of Pakistan, Junoon are the founders of ‘Sufi rock’, which merges beautiful Sufi poetry with a rock sound.

Interestingly, much of their success was in the blending of traditional folk music with Western influences.

Founded by Salman Ahmad in 1990 after leaving Vital Signs, he initially struggled to make an impact in the industry.

His choice to break away from commercial hit Vital Signs was a brave one as he felt the need to pursue different sounds of music. Eventually, it was their third album, Inquilaab, which spurred a cult and eventual global following. 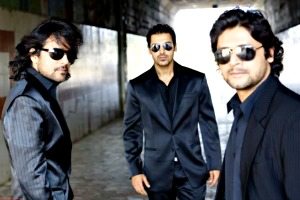 The band originally formed in 1988 but later in 2000 Faisal and Bilal escorted the music industry towards a revitalized genre of music. The single, ‘Sar Kiye Yeh Pahar’, was the first to bring them worldwide fame.

The band has started singing for Bollywood lately including the films Zinda and Shootout at Lokhandwala. The band are best known for their stringed rhythms and like Junoon, adopted a feel for Sufi poetry and traditional Pakistani folk melodies.

Although marred with breakups and make-ups in their 25 year long career, their songs have retained powerful deep and meaningful messages that audiences relate to. 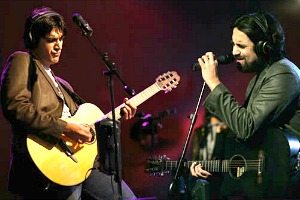 Noori is a pioneer rock band from Lahore which was formed in the year 1996. The band is driven by the immensely talented founder, songwriter and lead guitarist Ali Noor.

The band consists of two brothers, Ali Noor who is a trained lawyer and Ali Hamza who is an Economics graduate. Newer members include bass player Muhammad Ali Jafri and drummer Louis J. Pinto.

Noori is one of those energetic bands, which steal the crowd’s attention instantly. The theme of this band revolves around believing in oneself and recognising ones’ potential to play an active role in society.

They won the award for the Best Rock Song for ‘Do Dil’ at the 2009 MTV Music Awards Pakistan. It was the first song that they had ever made. 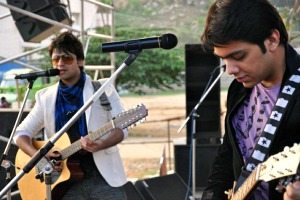 One of the more recent bands, Jal was formed in the underground music scene in 2002. Made up of Goher Mumtaz, lead guitarist, Atif Aslam as vocalist and bass guitarist Omer Nadeem. Their song ‘Aadat’ was a massive success across the country and propelled them onto an international scale.

Aslam disbanded from Jal and gained immense success internationally as a sole singer. People say that he is the best thing that ever happened to Pakistan music industry.

After his first album Jal Pari in 2004, he gave Pakistan countless smash-hits. He is a singer who is full of energy and has a unique charisma. He then moved onto Bollywood taking his music to a global platform.

He is the first Pakistani singer to be nominated for the Indian Filmfare Awards two years in a row. 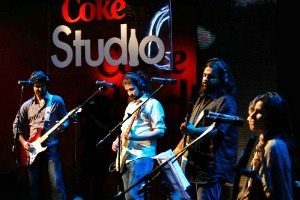 Coke Studio is the mainstream and much talked about platform of contemporary music scenario in Pakistan. It is a television series of live Pakistani music that comes with successive mesmerising and much anticipated episodes.

The songs in the show are fundamentally different to their original versions. It is a concert style platform where artists feature studio recorded performances that have to be very innovative and of premium quality.

It is a program where artists are seen playing skilfully with various musical instruments to sing their songs in an innovative way, not just crazy remixing.

The program mainly focuses on the dwelling of various musical influences to come up with something that is not what one hears ordinarily. 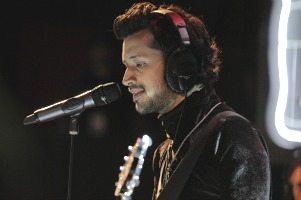 Using music as a vessel for social change has been extremely significant in Pakistan, and has widened public opinion about the nation and themselves.

In the plethora of the 2013 elections, music was used on a large scale to enlighten people about ideology and the slogan of political parties. The use of music in the polls campaigns depicted a positive change in the mind-set of the nation by activating the sluggish youth of the country.

Pakistani music no longer adheres to bubblegum love songs. Instead, it’s more about happenings in the country. It is famously known as ‘political pop’ in Pakistan where singers explicitly raise voices about political and social happenings satirically in their mantra. The best example of this kind of music is the band Laal.

Pakistani rock music has truly revolutionised the way Pakistani people view their own lives. The simple fact that these bands have had such continued success not only nationally but also globally suggests that they share deep universal messages and melodies that touch everyone. Music has become a way of spreading an ‘ideology’ sandwiched with entertainment in Pakistan

Sidra a student of Economics, is an experienced writer who adores reading too. Having the drive to take on challenging goals, her motto is "We write to taste life twice, in the moment and in retrospect."
Ustad Tari Khan ~ Tabla Master Extraordinaire
A R Rahman Launches Coffee Table Book