The Hash, a talented Pakistani guitarist of sitar rock, speaks to DESIblitz about his hit track ‘Conflicted’ and the lack of South Asians in rock and metal.

Hash is a Pakistani guitarist, singer and songwriter whose breakthrough single ‘Conflicted’ has been a massive hit in the indie scene.

He is the world’s first Sitar rock star infusing the sounds of the 200 year old instrument with those of the rock and metal genre. Hash is also a very popular guitar tutorial guru on YouTube.

In an exclusive interview with DESIblitz, Hash talks about South Asians in rock and metal, and the inspiration behind Sitar Rock.

First off, what is the origin story of the band’s name?

My name is Hashim. Being born in Athens, Greece, growing up in Turkey, and moving to the US for college, no one could pronounce my name correctly. In each country, my friends started calling me Hash for short.

Whenever I would play live with a band I put together, the show and music would become much greater than just myself. As a result, my friends and I started calling my music and projects as The Hash.

People tend to misunderstand what the name represents. It’s definitely not a reference to a drug, but I know they play my music at cannabis events here in the US and they love hearing the sitars and different vibes.

It is extremely rare to see South Asians involved in rock and metal or in the mosh pits. How did you discover the genre? 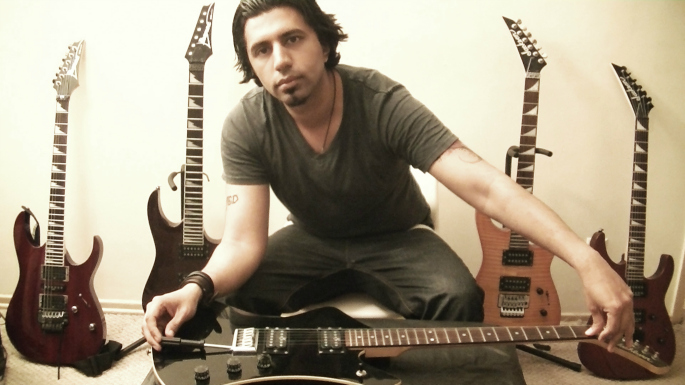 This is very true. Being accepted as a South Asian boy with my long hair and black t-shirts was always a challenge for me.

Since I grew up in foreign countries, I had a lot of friends from different backgrounds who shared my love of rock, metal and other guitar oriented music.

I was told many times that people from where I am from do not play guitar and do not make good musicians. I was told so many times to cut my hair and put my guitar away, but I did not accept it.

It seems to be very new to our South culture, but there is an interest and I am happy to be an example of a dude who is South Asian and plays guitar and is not any of the negative stereotypes our parents warned us about.

Why do you think there are so few South Asians at rock and metal gigs or is it different over in the States? 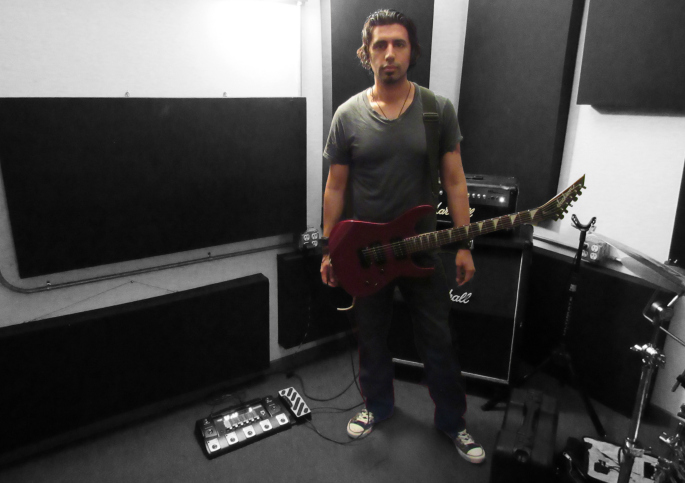 It’s not very different in States. Most South Asians, like myself, have parents who listened to music from back home and oldies which makes it tougher for someone to discover the genre.

But that’s not to say that there aren’t successful South Asian musicians out there in the genre of rock. There are a few but they usually don’t talk about their ethnic or cultural backgrounds.

People ask me where I am originally from all the time, and sometimes they can’t believe that someone from my origin would be playing the things I play and the way I play.

I want to put South Asian rockers amongst the other legends out there. I am not there yet, but will pave the way.

The sitar has been used by bands in the past such as The Beatles, Metallica and Tool but you have created a brand new genre in Sitar Rock. What made you want to incorporate the instrument in such an integral way?

One day I came home and my dad was listening to some old Indian music at home. My mom had passed away a few years prior and the music took me right back to the house I grew up in and reminded me of how things were when we were all together.

It felt comforting and peaceful even though things were difficult. For a while, every night my dad would listen to the same music and when I would get home at night, it seemed like my mom was still there. It was a very powerful feeling.

Your song ‘Conflicted’ has been a massive hit in the indie scene. Did you expect this kind of success? 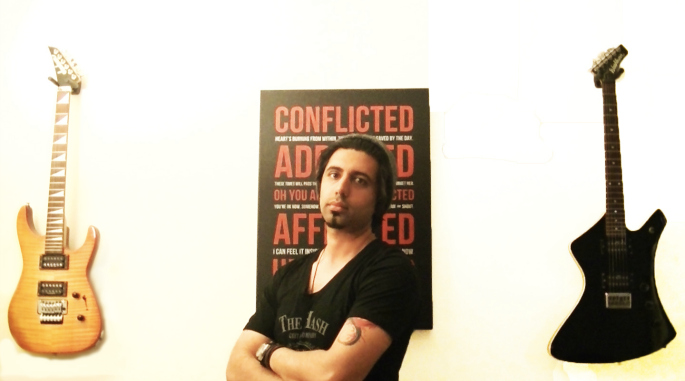 When I first recorded and released ‘Conflicted’, it didn’t catch on right away. Then, people started sending me their stories of being conflicted.

A fan from the UK sent me a poster with my lyrics that she also framed on her wall.

That’s when I realised I had been able to touch people and started believing how powerful the song was. Someone recently told me I described every millennial with the song.

Another person told me she listens to it every day going to work because it tells the story of her current struggles with her family.

It continues to take a life of its own and means something very different and special for a lot of people.

No, I did not expect it to catch on or become so dear to my followers. The power of music is a wonderful thing.

The song will live on long after I am gone, and that’s one of the biggest accomplishments a musician could ever dream of. 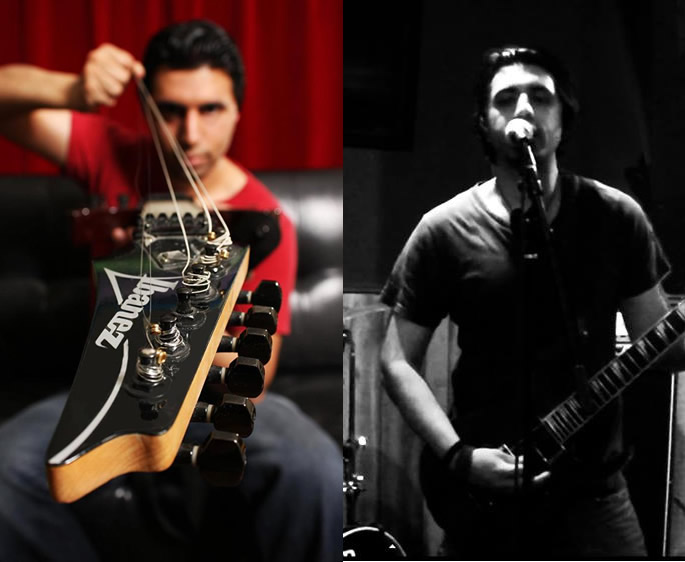 What made you make the transition from a YouTube guitar tutorial guru to making your own music?

Contrary to what most people think, I was recording and releasing my music before starting to make YouTube videos and lessons.

One day, out of curiosity, I looked up a lesson on how to play ‘Sad but True’ by Metallica, which was one of my favourite songs growing up.

I couldn’t believe that one of the most popular instructors on YouTube was teaching how to play the song incorrectly, yet there were 100’s of people thanking him in the comments for teaching the song.

Therefore, I figured I would make a lesson on how to teach the song the right away. I thought it would be on page 500 of search results and no one would ever find it.

After making the video, it slowly made its way up to the first page of Google search results as well as YouTube’s first page of results. That lesson gets shared constantly and is watched over 100 times a day today around the world.

Is making music your only occupation?

I am lucky enough to work as a session guitarist 7 days a week right now, but like most musicians, I have always had to support my passion with other jobs. 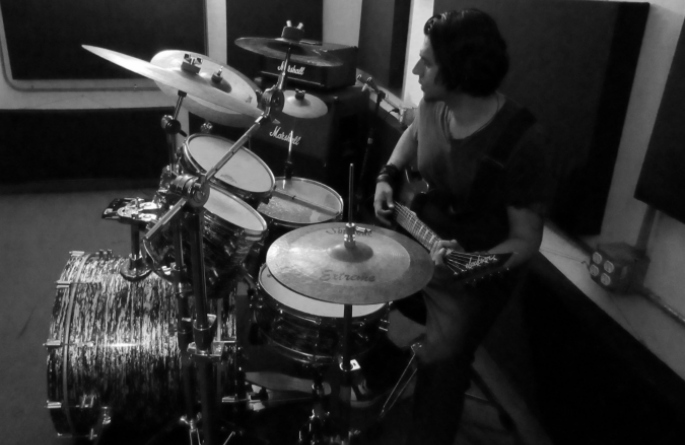 From customer service to working at an office, I have always done what I have to make this dream possible.

“2016 is the first year I have been able to make a living from my music. I am recording guitar tracks for musicians daily at the moment but It’s an expensive passion. Equipment and professional videos alone cost a fortune.”

Do you feel streaming services such as Spotify help or hinder independent artists?

Spotify, Last fm, Rhapsody etc… were the first streaming services to put my music out there.

Without them, I would not have listeners in Mexico or Honduras or countries I have never been to or speak the language. They have helped promote me as an artist so I can’t complain.

However, the royalty rates for musicians are very low with streaming services. Being that my songs mostly picked up by illegal downloads and sharing, I have never been into this for the money nor have I really seen any from streaming and downloads.

What are The Hash’s plans for the future? 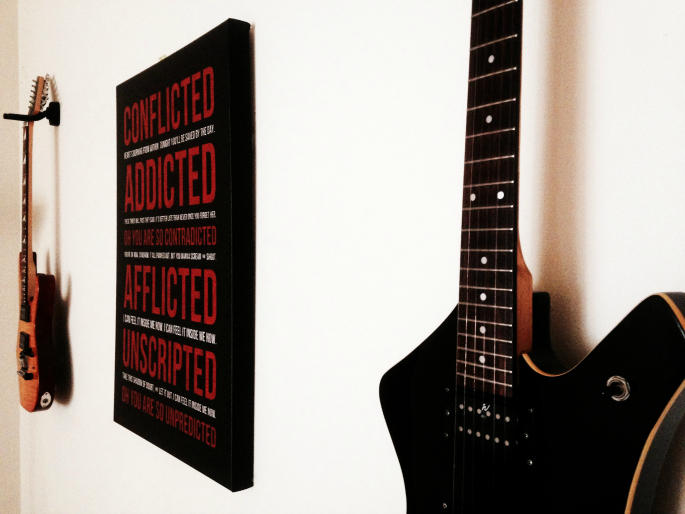 2016 has been an amazing year. I am being featured on a lot of other artist’s songs right now so I am constantly buried in my studio where I record the majority of my guitar tracks.

As for The Hash, we released a lyric video for Conflicted last week since explaining what the song is about keeps coming up over and over again.

I recorded a new single titled Status Update early this year and we are getting ready to shoot a video for that. I hope to have Status Update out by August.

I was contacted by a movie director in Los Angeles who wants to shoot a video for Conflicted. I am considering it.

Ever since Guns n Roses reunited, I have been flooded with requests to teach some of their songs. I shot a video for ‘Welcome to the Jungle’ but it was interrupted by studio work so I haven’t had a chance to review and post it yet.

Last but not least, to the South Asian (or another country for that matter) kid whose parents don’t understand why he or she is so obsessed with guitar and whose school mates taunt him or her for the music he or she listens to or about his or her hair, I am you and you are me.

I continue to make a name for us and breakdown barriers by showing the world how great musicians we are. So hold on and step up to show the world your passion. I will be waiting to hear from you. 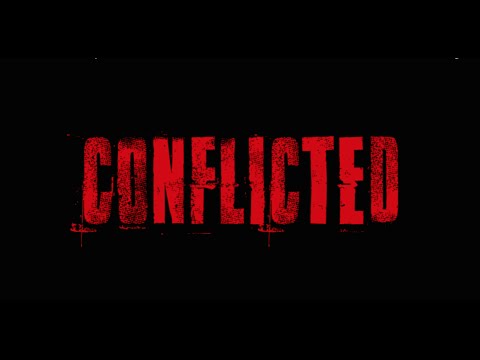 Hashim, aka The Hash, is paving the way for South Asian representation in rock music.

With his magnitude of musical talent and business sensibility, the Pakistani guitarist is single handedly propelling sitar rock into the mainstream.

To find out more about The Hash and his music, please visit his Facebook page here.

Images courtesy of The Hash