Pandit Debashish Bhattacharya is a master of Indian Classical music. In a special Gupshup with DESIblitz, the Pandit-ji talks about playing music on his lap slide guitar.

"The wonderful acoustic sounds of those instruments haunted me so much"

Pandit Debashish Bhattacharya is a talented slide guitarist with decades of experience in Indian classical music.

In an exclusive Gupshup with DESIblitz, the talented maestro reveals more about his passion behind this music and his love of creating new sounds.

The tradition of Indian Ragas is seeped into Debashish’s blood.

The musician belongs to seven generations of classical musicians and it is no surprise that Debashish’s love for music developed from a very early age. 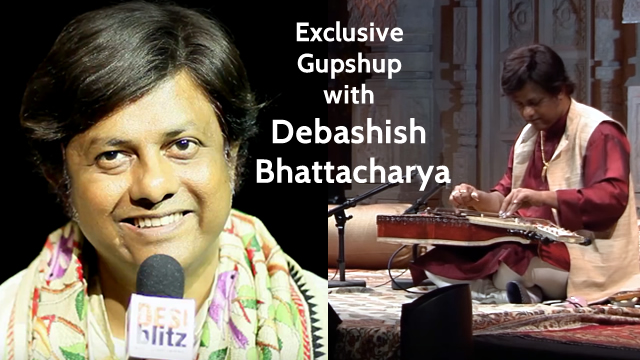 Born in Kolkata, Bengal, Debashish first became acquainted with a guitar at the age of 2.

Given to him by his father, who asked him to learn the Indian musical scale, Sa Re Ga Ma Pa Dha Ni, Debashish admits that within a week, he was hooked. Now decades later he is still playing.

The instrument that Debashish is an expert in is the Lap Slide Guitar. The invention consists of a variation of an acoustic guitar that is played on the lap. 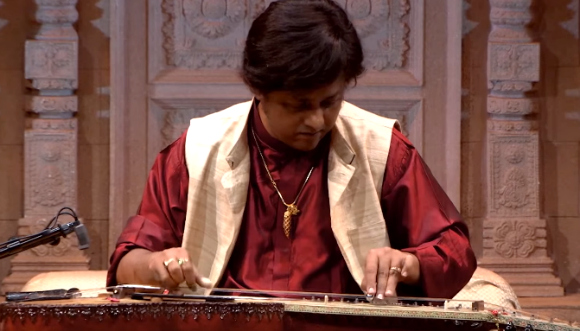 Debashish has created the instrument by adapting a Hawaiian lap steel guitar, and sliding a metal bar to create fluid melodies with one hand while plucking strings with the other.

It seems a perfect instrument to accentuate Indian classical music in its truest sense. Having the strings faced upwards towards the musician as he plays, both the tone and volume are improved.

And Debashish also has the ability to play intricate melodies using all of the strings and so play more complicated chord sounds.

As the Pandit-ji tells us: “It’s a passion. The relationship between the instrument and myself like as if it was one soul and one guitar and one man.”

Finding such a strong connection with the guitar as a boy, Debashish made up his mind to place all his focus and childhood on learning more about this fantastic instrument and the inexhaustible music he could play with it: 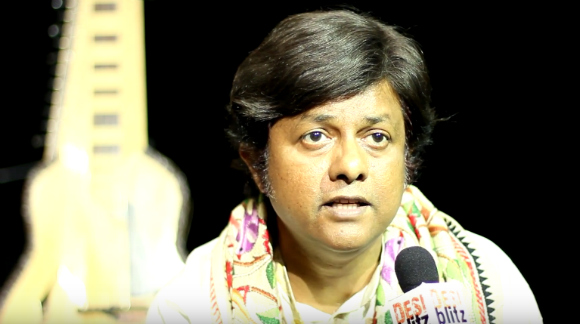 “I loved the tradition of Indian raga music. The wonderful acoustic sounds of those instruments haunted me so much. I wanted to give those same sounds in my guitar.”

In order to give the fluid delicacy of classical Eastern music justice, Debashish went about adapting his guitar to play Indian music. He designed his first guitar in 1978, when he was only 15 years old.

By doing so, he was able to play Indian Tanas and Jhalas that were otherwise technically impossible to achieve.

Even as a teenager, Debashish admits that music had consumed him: “I didn’t play cricket or football. I was only working inside my aathma, inside my soul, [on] how to make a definite sound of traditional Indian guitar.

But it is clear that the commitment and determination of this young student of music paid off. 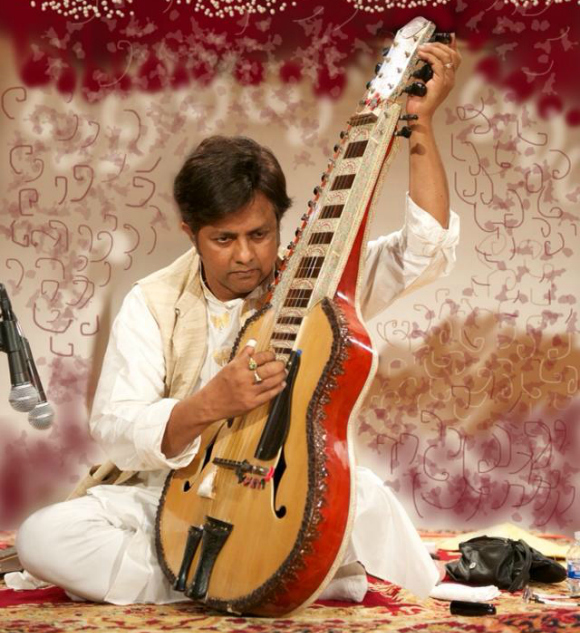 What is interesting to note when listening to the Pandit-ji’s music is that while its essence remains Indian, he is able to implement other genres and Western sounds like blues and jazz to give his melodies an exciting rhythm.

The fusion derives from the artist’s heavy influence of world music, not just limited to the East:

“From childhood to today, I don’t know how many hours of listening I have in my experience and how many great artists.”

Just by listening to other musician’s, Debashish is able to memorise the little nuances and little half-melodic structures that make up each song.

With them he studies the feelings in which the songs create – whether this is joy, or pain or sadness:

“I hear music in many different ways. Some song that may have attracted me in early 60s, I still remember those.”

Because he is such an avid listener of music, the Pandit also understands what audiences want to hear when they go to his concerts.

Pandit-ji admits that the response that he has received from his fans all over the world has been nothing short of incredible. 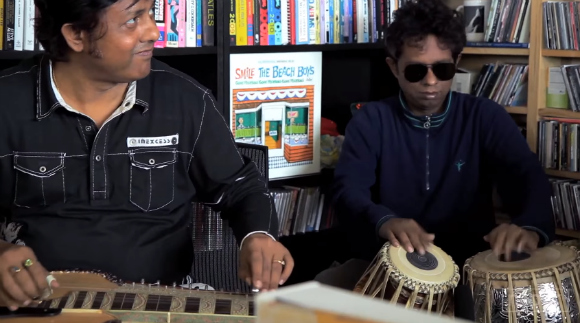 Recalling some of his fans’ comments, Pandit-ji tells us: “We are bored with today’s music because we don’t get much attraction in it. But here we heard it and it’s so different.”

It is very easy to get lost in the world that Bhattacharya and his musical troupe create. Whether joined by his brother, Subhasis Bhattacharjee on tabla, or his incredibly talented Anandi Bhattacharya on vocals, many fans have admitted that a 90 minute concert can feel like only 15.

One of his latest albums is called Beyond the Ragasphere. Collaborating with him are the likes of John McLaughlin and Jerry Douglas.

The album tells Pandit-ji’s musical journey of learning Indian Raga, and how much he has evolved with his sound:

“I wanted to make definite unique album, like I did with my guitars, where all my experiences with the Raga and beyond can be heard by people.” 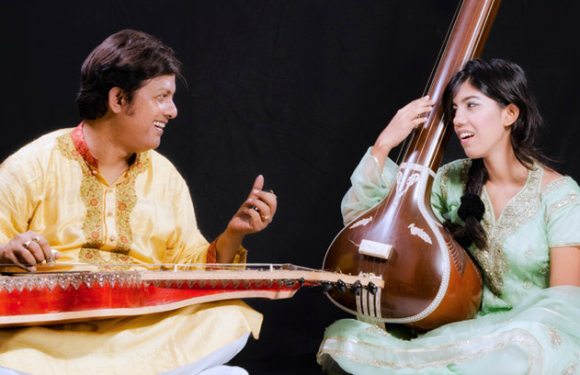 By working with Western musicians, Bhattacharjee shows his fans how much his own interpretation of Indian classical music has evolved over the years, to incorporate the new age of music and musicians who now listen to a very different type of sound:

“We the musicians, who were born in early sixties, have grown up in a fast changing world. Every thing is quickly built and nothing stays for long today.

“In our time (within last twenty years) we have travelled almost two hundred years at a speed, which is ten times faster than that of our father’s generation. Every generation has its own language and a role model.

“The spirit behind my work is to build a better present, based on the best of past traditions and rich cultural heritage; and present this in a fashion that is understood by today’s generation.”

As a Guru, artist and role model to many, Pandit Debashish Bhattacharjee has no doubt created an incredible musical legacy, and the mark he has left on Indian classical music will never be forgotten.