In an exclusive fun-filled Gupshup, 15-year-old Kaveri, daughter of Shekhar Kapur, talks to DESIblitz about her song, ‘Did You Know’, which has gone viral.

“I really hope people actually like the song and not [just] because of my parents.”

Do you remember what you did during your teenage years? Playing games, studying or watching movies?

Well, Kaveri, daughter of the one and only Shekhar Kapur, has gained over 600,000 views on YouTube for a song which she penned, composed and sang. But ‘did you know’ Kaveri is only 15-years-old?

How our babies have grown ya. Am I right you debuted with me??? This is special. Bless her.https://t.co/j9gTOuSJbZ

Woah!!!! Straight thru d heart. All heart. This is love. Amazing. How beautiful is she:)) big hug!! https://t.co/bAbyrCGkC5

DESIblitz exclusively talks to this talented young artist, Kaveri, regarding her viral hit, ‘Did You Know’.

It’s quite hair-raising to hear a youth sing poignant words on the complex feeling of love.

The main lyrics consist of, ‘Did you know, your smile it makes my day? And your eyes, they make the pain go away. When you laugh, I don’t need nothing else. And I know, I’ll never go.’ Profound, right?

Commenting about these heart-touching lyrics, Kaveri tells us:

“The song talks about a guy who I thought I was in love with at that time. Now that I look back on it, I wasn’t naturally in love and I think it’s a good example of how when you’re that little, everything is kind of exaggerated.”

One imagines this experience to be quite overwhelming. Regarding the immense popularity of the track and music video, Kaveri expresses: “I’m really grateful and humbled by this.” 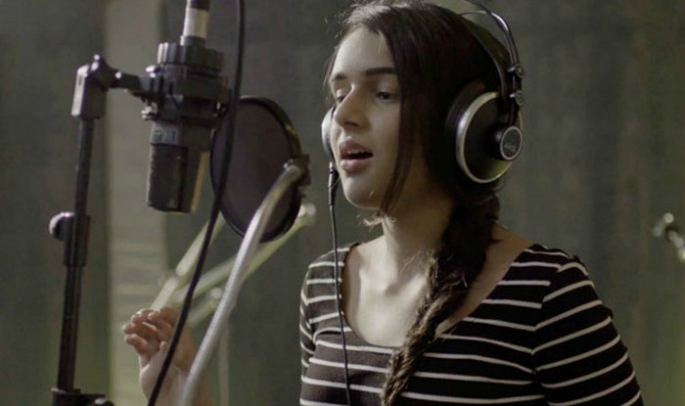 But, she hopes that it is her talent and not her name that fans resonate with: “I really hope that I’m getting all this attention because people actually like the song and not because of my parents.”

This appears to be the main concern of many star kids, particularly in the entertainment industry. As an audience, we feel that they receive the leeway to success due to their parents’ stature.

In this situation, this clearly isn’t the case, and Kaveri is a prime example of how hard work and dedication is the key to success.

Having directed films like Mr. India and Bandit Queen, Kaveri’s father, Shekhar Kapur, is a renowned filmmaker. As such, his Hollywood venture Elizabeth and The Golden Age, won the BAFTA Award for Best Film and two Academy Awards.

Kaveri’s mother, Suchitra Krishnamoorthi, debuted opposite SRK in Kabhi Haan Kabhi Naa. She studied Indian-classical music for over 10 years. It was her mother’s influence that introduced Kaveri to music and singing:

“I didn’t get quite into it until I was six and my mum put me into Hindustani classical. I didn’t really like it until a couple of years later and I started to write my own music. I saw how much it was helping my voice.” 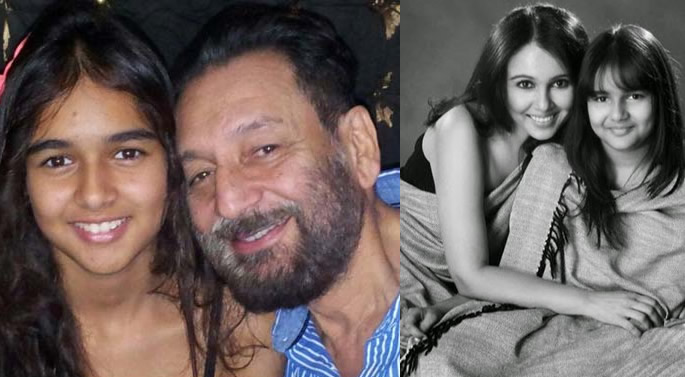 Although Kaveri didn’t love classical music, it greatly developed her as a singer. Kaveri admits that it was a challenge to adopt both disciplines at such a young age:

“They both are very different. I think when I switched, it was kind of hard to learn to sing from my stomach and not your throat. I feel like in Indian music, a lot of the singing is done with your throat.”

Most of her songs are written and crooned in English. Taking inspiration from popular music from the west, Kaveri reveals some of her favourite singers:

Coming back to Hindi cinema, Bollywood actresses today have now adopted the perfect combination of singing and acting.

Mainstream heroines like Priyanka Chopra, Shraddha Kapoor and Alia Bhatt have all impressed critics and audiences alike with their songbird vocals. But who does Kaveri prefer?

“I think… Priyanka Chopra, because she’s ventured into music and Hollywood. She’s done a lot! I have met her a couple of times and she’s always been really nice to me.”

Listen to our full Gupshup with Kaveri Kapur here:

Music isn’t the artist’s sole hobby. Kaveri tells us that she spends much of her time being a normal 15-year-old:

“I hang out with my friends a lot and I’ve been to London and go to watch a lot of shows [like Mamma Mia and The Woman in Black]. I watch way too much Netflix, it’s kind of ruining my life,” she laughs.

Kaveri is a 15-year-old who has only just set out on what promises to be an incredibly successful career in music.

The young talent hopes to release a few more songs that are ‘more mature’ and is also looking to pursue a higher formal education in music.

Kaveri truly is the young singing sensation of 2016! Watch her official music video for ‘Did You Know’ here: 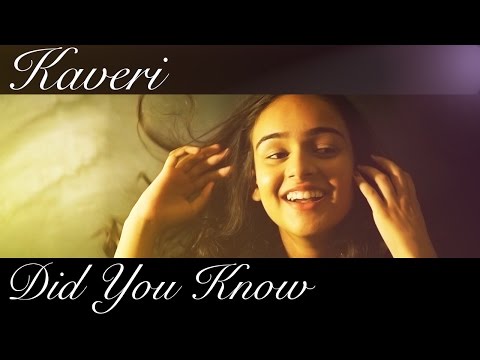 Anuj is a journalism graduate. His passion is in Film, Television, dancing, acting and presenting. His ambition is to become a movie critic and host his own talk show. His motto is: "Believe you can and you're halfway there."
Pakistani Guitarist The Hash talks Sitar Rock
A.R. Rahman ready for UK Intimate Tour 2016