Biopic Film of Singing Sensation Ranu Mondal to be Made

"People are curious to know about Ranu Mondal’s life"

A biopic film on the life of railway singer Ranu Mondal is about to go on the floors.

As reported in The Indian Express, Hrishikesh Mondal (filmmaker) is set to make the film about the humble beginnings of the singer who has become an internet sensation.

The filmmaker has an actress in mind to play the leading role. IANS (The Indo Asian News Service) reports, National Award-winning actress, Sudipta Chakraborty has been approached.

The Bengali actress, Sudipta has confirmed the approach. According to The Indian Express, she states:

“Yes, I have been offered the film. However, I am yet to receive a script. I will decide if I want to play the character only after reading the script.”

Hrishikesh Mondal met Ranu to find more about the singer. He explains to IANS:

“People are curious to know about Ranu Mondal’s life. She became a singing sensation overnight thanks to social media, so people are very interested to know more about her.

“From what I have gathered after meeting and talking to her several times, she comes from an educated family, she loves music and has been singing right from her childhood.”

Following his meeting with Ranu he had nothing but praise for the singer:

“She is a simple and sweet person, and emotional by nature.” 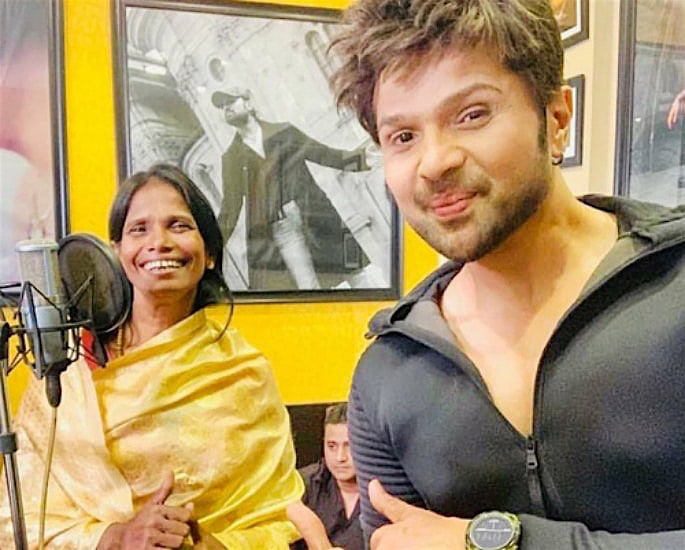 Ranu’s overnight success saw a video of her singing Lata Mangeshkar’s ‘Ek Pyaar Ka Nagma Hai’ from the film Shor (1972). As a result, the video went viral on social media.

The credit for the video goes to passenger Atindra Chakroborty who heard Ranu singing a Mohammed Rafi song. Intrigued by her, led him to ask Ranu to sing Lata Mangeshkar’s hit song.

This video became a game changer in Ranu’s life.

The duo have recorded two songs together for his film, Happy Hardy and Heer (2019). Himesh has also posted photos of them working together on his Instagram.

The Indian Express has reported that singer-composer Sidhu of Cactus Band has been signed to compose music for the biopic film.

Platform Singer Ranu Mondal will be produced by Shubhojeet Mondal. Releasing in February 2020, the film will naturally elevate the status of Ranu Mondal further.