Singer Ranu Mondal was ruthlessly mocked on social media for pictures showing her wearing excessive makeup. Some fans have come to her defence.

“Her makeup is BRIGHTER than my FUTURE!”

In the pictures, Ranu can be seen wearing heavy makeup and extravagant gold jewellery.

For her makeup, Ranu wore full coverage foundation, which was a few shades lighter than her skin tone.

The eye makeup included dramatic black eyeliner on her lash-line and waterline. Ranu went with a bright pink lip to complete the look.

With images of Ranu in excessive makeup appearing on the internet, she received ruthless comments from many social media users.

One user took to Twitter to sarcastically mock Ranu saying: “Her makeup is BRIGHTER than my FUTURE!” 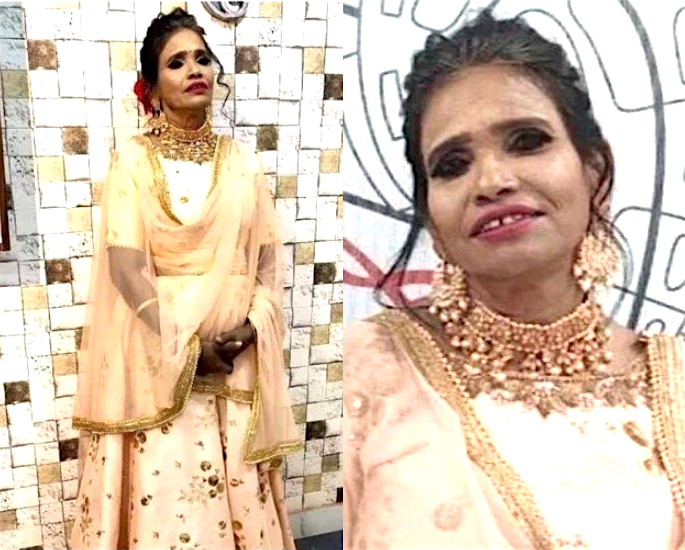 This merciless trolling did not end as Twitter was flooded with harsh posts and memes about Ranu Mondal. Another user posted on Twitter saying:

“#RanuMondal is ready to play the role of The Nun biopic.”

Despite the major backlash, fans of Ranu went on social media to defend the singer and condemn the trolls.

They highlighted the fact that Ranu was appointed a makeup artist who would have dolled her up. She did not herself apply excessive amounts of makeup.

A Ranu Mondal supporter came out in her defence and posted on Twitter:

“I don’t understand why everyone is making fun of #RanuMondal’s makeup.

“It’s not like she did it herself or knows anything about it.”

This sentiment was expressed by many Ranu fans. Another took to Twitter, tweeting:

“Everyone making fun of #RanuMondal please remember that one can’t change their looks, but you can certainly choose to speak logically & with kindness whilst judging her.

“Being in the public eye & under a scanner while she herself is a WIP (work in progress) ain’t easy for an adult. Cut her some slack.” 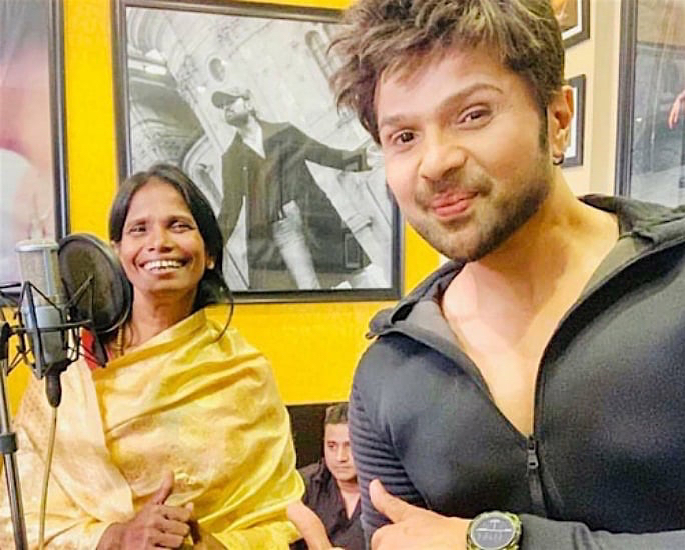 Ranu Mondal became an overnight internet sensation after a video of Ranu was posted online of her singing ‘Ek Pyaar Ka Nagma Hai’ at the Ranaghat Railway Station.

As a result of the video going viral on social media, Ranu was invited to appear on the talent show, Superstar Singer (2019: SET India).

She impressed audiences and the judges, Himesh Reshammiya, Alka Yagnik and Javed Ali with her amazing vocals.

Himesh Reshammiya was so mesmerised by Ranu’s talent that he offered her to record songs for him.

Despite the merciless trolling on the makeup look of Ranu Mondal, this is not unfamiliar territory for celebrities who are constantly trolled for their looks.

With the passage of time, the former railway singer will also get used to it.