Actress Ushna Shah caused controversy on Twitter when she made a number of “sexist” remarks towards a pizza delivery man.

"You demeaned a person in the foodservice industry"

Ushna Shah has landed in hot water on social media after a tweet where she made “sexist” comments towards a pizza delivery man went viral.

In the tweet, Ushna explained how she told the pizza guy to “be a man”. She also tried to convince him to bring her pizza inside her house while she was holding back her growling dog.

Her post did not sit well with social media users who called her out for being “demeaning”. Others said she was speaking as someone who was indifferent to lower class problems because she is privileged.

“‘Be a man, you are not a 4-year-old girl, kindly be masculine’, some of the sexist & demeaning things I said to my 2:30 am pizza delivery guy to convince him to bring pizza inside as I held my barking & growling Pitbull back.”

Ushna then followed up with:

“Little did he know if he had simply come in calmly and had I let her go she would have just sniffed him and given him kisses.”

“Marrd banein”, “aap ek chaar saal ki bachi nahee hein”, “mardaangi peida Karein” – some of the sexist & demeaning things I said 2 my 2:30AM Pizza delivery guy 2 convince him 2 bring pizza inside as I held my barking & growling Pitbull back.

…(cont) little did he know if he had somply come in calmly and had I let her go she would have just sniffed him and given him kisses ?????. #smh #notaguarddog #narcothepitbill

Social media users slammed the TV actress for her behaviour towards the delivery man, stating that he may already be overworked delivering her food at 2:30 am and does not need to have his masculinity tested.

“Are you alright? You demeaned a person in the foodservice industry when they are already overworked and underpaid, shame on you.”

Others stated that the actress was demeaning due to her social status, where she was indifferent to the problems of lower-class people.

One person posted: “U fat ass that dude gets only 40-50 rupees per delivery, God forgive if anything happens to him it would cost him not only 15-20 working days but also 5-10k medical treatment.

“But it’s a joke for our privileged class.” 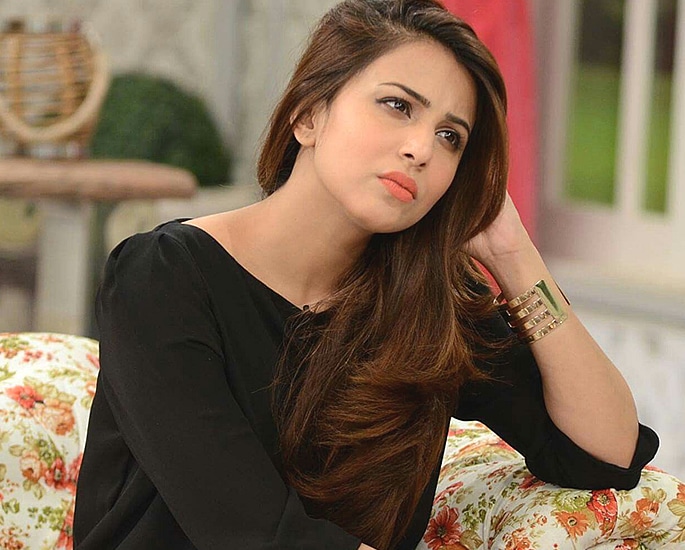 One person called her a fascist, claiming that her sexist comment was not what brought him inside but rather her social class.

“I’m sorry but rich Pakistanis who tout their class violence as ‘feminism’ are actual fascists.”

“Appeals to his masculinity did not bring him inside your door – your class power and the survivalist need to finish his job did.”

Some pointed out as to why the actress could not go outside and get the pizza herself. Others said she should go to his workplace and apologise for forcing him to go inside her house while being confronted by her growling dog.

The backlash prompted Ushna Shah to respond, however, she tried to defend her actions.

To everybody crying about my rant to the pizza guy. I was holding the dog. He refused to come in. The first ten minutes of “mera waada hei kuch nahi Hota”, “meina pakra hua hei issey please guzar jayein” “bahadur baneyin Shahbash” didn’t work. 1/2

2/2 – none of that encouragement worked. But as soon as his masculinity was challenged my pizza was inside. Says more about society then it does me ?

She had concluded that her actions said more about society than about herself.

Ushna went on in detail about justifying her comments, claiming it was her “instinct which provoked her into hitting below the belt, as the man was a ‘Pakistani’.”

She wrote: “My tweet was followed by 3 or 4 tweets, but no one retweeted those because explanations don’t sell.

“I do not condone to using the ‘be a man’ card. It was something I was not proud of that I resorted to at a desperate time.”

“The fact that my comments were the only thing that worked, made me want to discuss it publicly… I was holding the dog for a good ten minutes and the boy wouldn’t trust me.

“Instinctively and desperately I resorted to that approach, knowing that it would work on a ‘Pakistani’ man, it was an instinct we all have in our patriarchal society.”

Ushna Shah’s justification did not change social media users’ minds. One person stated that she wrote five paragraphs trying to explain her comments rather than simply apologising to the “underpaid pizza delivery guy”.

News reporter and editor Mehreen Zahra-Malik responded: “You literally just made it a MILLION times worse.”

Dhiren is a journalism graduate with a passion for gaming, watching films and sports. He also enjoys cooking from time to time. His motto is to “Live life one day at a time.”
Deepika Padukone to star in ‘Dark’ Romantic Film
Sanaya Irani defends Her On-screen Kissing in ‘Ghost’