Pizza Hut Pakistan has recently launched a brand new pizza, the Doritos Pizza, at the fun-filled #CrunchParty at its Boat Basin branch.

It features sweet chilli Doritos under and on top of the pizza crust.

The brand new Doritos Pizza was unveiled at the #CrunchParty, hosted in alliance with PepsiCo at the Pizza Hut Boat Basin branch on February 3, 2016.

This new addition to the menu features sweet chilli Doritos under and on top of the pizza crust, which is spiced up with a flavourful sauce at the base.

Not only does it create a new taste for the senses, its size is also bigger than the usual large pizzas. The 14-inch also has its own distinguished Pizza Box.

“The Pizza Hut team is excited to always being a step ahead of the local market, and consistently bringing in innovative products for our customers across the country.” 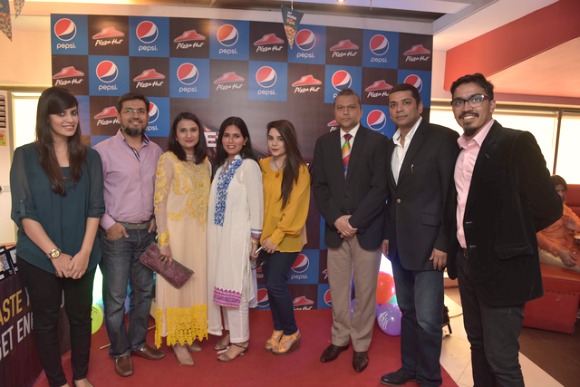 PepsiCo is planning more creative pizzas with the launch of Doritos Pizza, as a spokesperson said:

“We are looking forward to another year of raising the bar in the food business, and the launch of the new Doritos Pizza not only sets us on a new path of product innovation but also reinforces the global brand alliance that Pizza Hut & PepsiCo enjoy.”

The launch event, hosted by Anoushay Ashraf, drew in media members from digital and print, as well as some of Karachi’s socialites and celebrities, held pizza tasting for guests and Minute to Win It games.

The Doritos Pizza has been introduced around Pakistan in all popular Pizza Hut toppings, including local favourite – Chicken Tikka Pizza.

It is now available at all Pizza Hut branches across Pakistan. Australia previously launched this pizza in 2014, with the marketing department calling the creation ‘undeniably fun’. 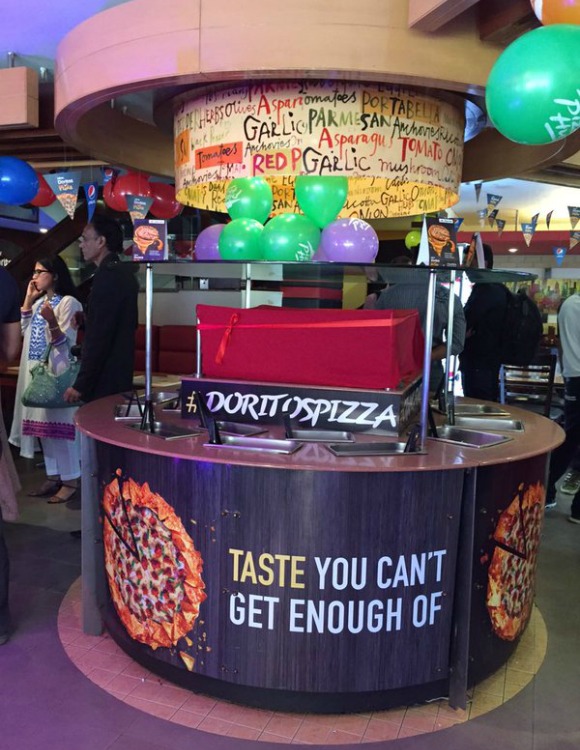 Pizza Hut was the first international franchise to enter the country. It is one of the largest fast food chains in Pakistan and a pioneer in the pizza industry.

It has set new standards for dine-in restaurants and quick delivery of pizzas, enjoying tremendous brand loyalty from customers. 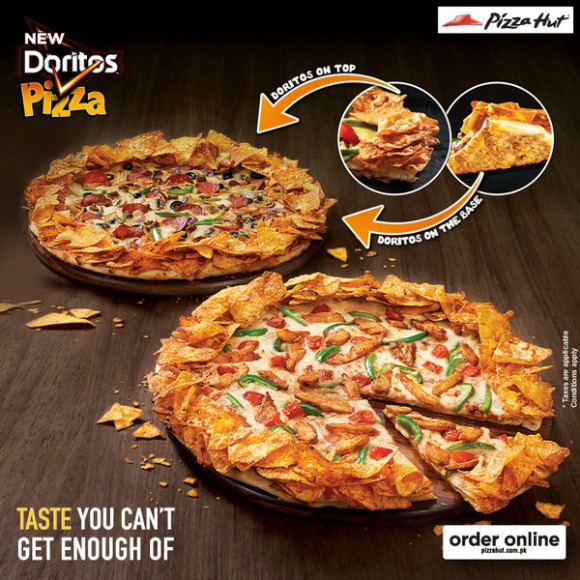 A 2012 study of 100 people interviewed in Lahore and Faisalabad has found that 89 per cent have a preference for fast food over fine dining or cooking at home.

Companies like McDonald’s and KFC have benefited from this, especially since 70 per cent of the interviewees choose fast food for convenience even though they believe it directly leads to obesity.