Are you an ice cream fanatic? Are you daring enough to try some new exotic flavours? DESIblitz brings you 10 unusual ice creams to try!

"“I would try the Cod flavoured ice cream. I love fish and chips – what could go wrong!”

Do you love ice cream? Perhaps your best friends are named ‘Ben’ and ‘Jerry’?

But how far would you be willing to go to try some crazy sounding flavours?

We’re steering you away from cookie-dough, and the usual chocolate, vanilla and strawberry favourites!

DESIblitz brings you the most unusual flavours we can find. Some may make your mouth water, whereas some may have you heaving at the thought. 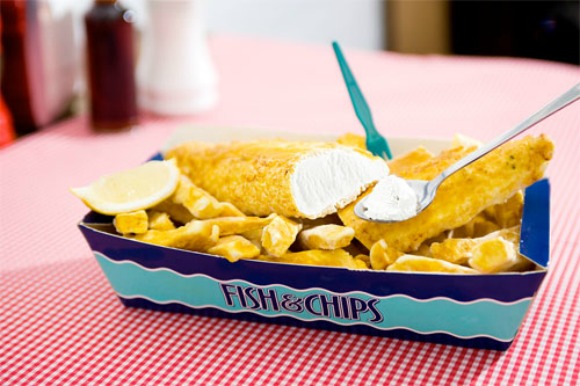 Fish and chips may be Britain’s favourite meal, but have you ever tried it as a frozen dessert?

George’s Portobello Fish Bar in London sells Creamy Cod that looks like a hot savoury dish, yet is a frozen pudding!

It is coated with a pepper-vanilla batter and then deep fried. The chunky chips visible in the picture are actually also made of potato ice cream to complete the dessert’s authentic look. 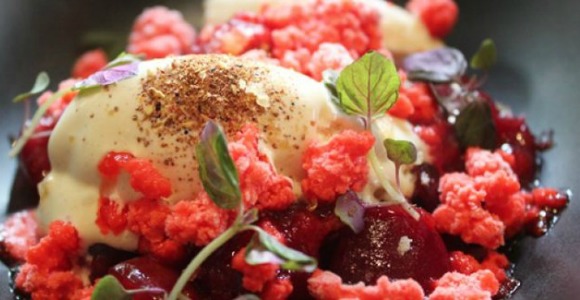 Where to Try: Sbraga, Philadelphia, USA

Sichuan pepper is also known as Chinese coriander. It is often used in Indian or Asian cuisine.

The pepper is known for having a unique smell and taste. It has a slight lemony flavour and leaves a tingling effect, not dissimilar to fizzy drinks. 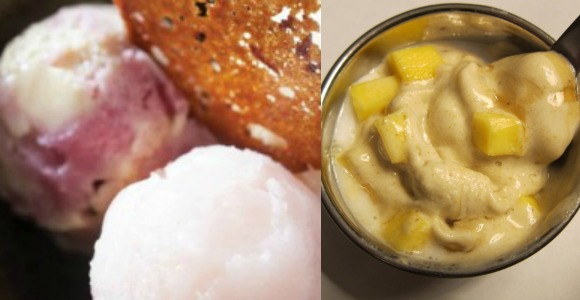 Where to Try: Allium, Chicago, USA

Bananas and curry are a popular delicacies in Chicago.

Mixed with mango, honey, curry powder and coconut milk, this dessert adds another dimension to the traditional banana ice cream.

Created and served at the Four Seasons in Allium, Banana Curry is not the only wacky desert flavour on the menu. 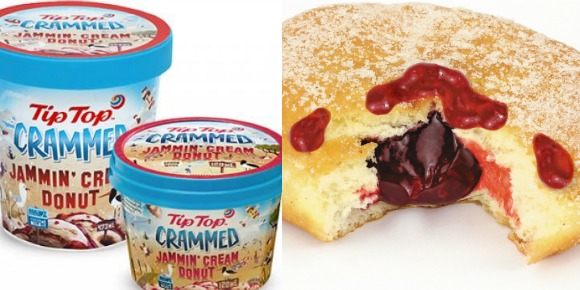 An ice cream that incorporates doughnuts – now there’s a thought to tingle your taste buds.

This flavour won a prize at the 2015 New Zealand Ice Cream Awards, and has also been granted the title of ‘Best Ice Cream’ by the International Ice Cream Consortium.

The chunks of sugar doughnuts and sweet raspberry sauce add to the zesty flavour of this delicious treat. 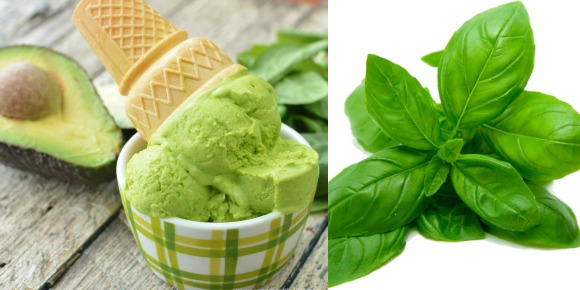 Avocado and basil together makes for a unique combination. But, according to the reviews at SoBou in New Orleans, it works together like a charm!

Used as a refreshing appetiser, this dessert was created by Chef Juan Carlos Gonzalez who uses it as a ‘good way to fill up and cool down’. 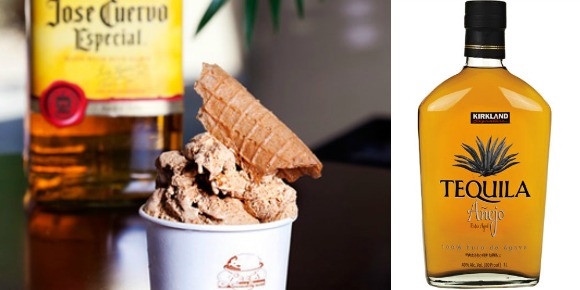 For the alcohol lovers out there, this one has been created just for you!

Whether you’re a fan of tequila or not, this unusual dessert will be sure to have a lasting effect on your taste buds and your other senses!

Las Ventanas al Paraiso, Mexico, this dessert will make you feel as if you are on holiday somewhere glorious.

Where to Try: Fenocchio, Nice, France

Apparently in Nice, France, this little dessert shop serves a range of over 90 flavours of ice cream, all delicately chosen to create a brilliant flavour for our taste buds.

Serving ice cream since 1966, the flavours created in this shop are said to resemble ‘a frozen English garden in a cup’.

This is certainly one of the more wacky flavours on this list.

Crocodile eggs is a risky flavour, but owner of this quirky desert, Bianca Dizon claims:

“Crocodile egg ice cream is more nutritious than its classic counterparts since it contains less cholesterol.”

She claims that the eggs provide a better source of protein than any ordinary chicken eggs, and to have this in a delicious dessert is to kill two birds with one stone.

Named ‘Baby Gaga’, The Icecreamists dessert shop has been causing controversy by selling this bizarre pudding in their store.

It is created by using breast milk donated by members of the public.

The breast milk is then mixed in with Madagascan vanilla pods and lemon zest.

Perhaps for some of the more daring ice cream fanatics to try. 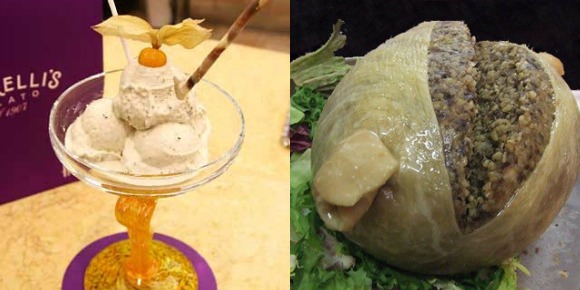 Where to Try: Morelli’s, Scotland

This dessert parlour in Scotland has taken their national traditional dish and created it into a frozen snack.

Haggis, which roughly translates to a dish predominantly made of the sheep’s stomach and stuffed with its heart, liver and lungs, is a popular dish in Scotland.

An acquired taste, perhaps trying this in frozen form may make all the difference.

We asked British Asians about which flavours they would like to try.

Jinder, from Birmingham, says: “I would definitely try the cod flavoured ice cream. I love fish and chips – what could go wrong?”

Meena, however says: “The idea of breast milk makes me heave! I won’t be trying that!”

There are many more flavours out there too, so ice cream fans, take up this challenge if you dare, and maybe continue looking for some wacky ones of your own!

Katie is a English graduate specialising in journalism and creative writing. Her interests include dancing, performing and swimming and she strives to keep an active and healthy lifestyle! Her motto is: "What you do today can improve all your tomorrows!"
Healthy Lunch Recipes for Work
Pizza Hut unveils Doritos Pizza in Pakistan