The History of Ice Cream

When it comes to a cool and refreshing dessert, ice cream usually fits the bill perfectly. As one of the UK’s favourite treats, rain or shine, we look at the history of ice cream.

Britain is Europe’s third biggest consumer of ice cream, at around 8 litres per person.

Rain or shine, ice cream has definitely maintained its standing as one of Britain’s favourite sweet delights. Quintessential Britishness is represented by the plinky-plonky jingle of the ice cream van.

Adults of all ages seem to revert to over-excitable children at the mere prospect of a classic 99 ice cream with a Flake. But how much do we actually know about its origins? DESIblitz takes a look into the history of this treat.

Many nations claim to have invented ice cream, so its exact origins are unknown. Ice cream type treats were first enjoyed by Roman emperor Nero, who used to order ice from the mountains to combine with fruit toppings. 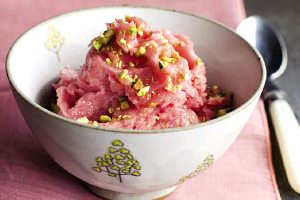 Arabs were apparently the first to use milk as a major ingredient in the production of ice cream and they sweetened it with sugar, as opposed to fruit juices, and perfected means of commercial production.

As early as the 10th century, ice cream was prevalent among many of the Arab world’s major cities, including Baghdad, Damascus, and Cairo.

It was produced from milk or cream, often with some yoghurt, and it was flavoured with rosewater, dried fruits and nuts. It is believed that the recipe was based on older Ancient Arabian recipes, which were, it is presumed, the first and precursors to Persian faloodeh.

The early methods of freezing food was achieved by mixing ice and salt – this reduces the freezing point, making it easy to achieve temperatures lower than -14 degrees Centigrade. It was first recorded in India in the 4th century where the first technical description of ice making using salts was by Ibn Abu Usaybi, an Arab medical historian. 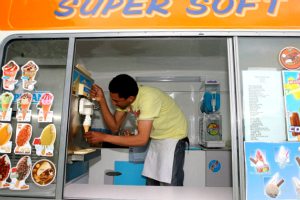 In England, ice cream was served in 1671 at the Feast of St George at Windsor Castle.

It was considered such a rare and exotic delicacy that only the selected guests sat at King Charles II’s table were treated to one plate of white strawberries and one plate of iced cream. All the other attendees were left to sit and watch the royal table enjoying this treat.

This led to such an intrigue in this dish that wealthy people had specially built ice houses erected on their estates. However, the ice was of such poor quality that it was only ever used to chill and freeze food and drink.

It wasn’t until 1843 that the invention of an ice cream machine simplified manufacture and production of ice cream in England. Ice was imported to London from Norway, America and Canada and this enabled ice cream to be made readily available to the British public. 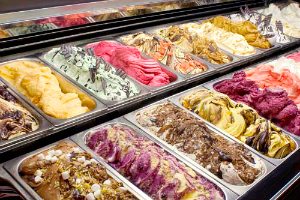 Over the years, a vast array of ice cream flavours have become publicly available. If you’re bored of bog-standard chocolate or strawberry, why not go for a Smokey bacon and egg cone, or maybe you’d prefer a black pepper or chilli cone?

We as a nation are becoming more daring with our taste buds. But if those wacky and wonderful flavours aren’t enough to tempt you, then research carried out by various ice cream manufacturers has shown that chocolate and vanilla are the nations favourite flavours.

Amongst the most popular brands of ice creams available are Häagan-Daz and Ben & Jerry’s. In 1961, Reuben Mattus developed the world’s ‘first super-premium ice cream’, Häagan-Daz.

Coffee, chocolate and vanilla flavours were sold in gourmet New York City shops, with the first European Häagan-Daz shops opening in 1987 in Germany and the UK. Häagan-Daz prides itself on offering a unique, truly exceptional eating experience that goes beyond great taste. 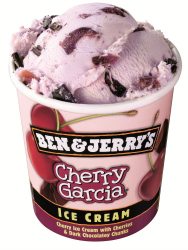 Perhaps centred more on ‘fun with food, Ben & Jerry’s ice cream has fast established itself as one of the best-selling ranges since its launch in the UK in 1994.

Founded in 1966 by Ben Cohen and Jerry Greenfield and renowned for their use of chunky nuts, chocolate and fruit, they only opted to include these chunks in as Ben had no sense of taste – he relied on what he called ‘mouth feel’, so big chunks of fruit, nuts and chocolate became their signature.

‘’I’ve had my ice cream maker for a couple of years now and it’s so handy. It was a bit tricky to use at first, but now I’ve gotten the hang of it, it’s amazing how many different flavours you can make yourself.

“My family and I love ice cream at any time of year so it’s great that you can make it whenever you want. We still love pre-made ice cream though – I could eat any kind! There’s just so many flavours so there’s such a variety that it never gets boring. It’s the one thing I’d take to a desert island with me.’”

But even if you don’t have an ice cream maker handy, you can still have a go at making ice cream the traditional way: 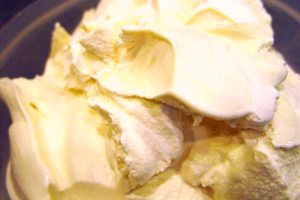 Britain is Europe’s third biggest consumer of ice cream, at around 8 litres per person. And it’s no surprise that it’s so loved. So get yourself to the nearest ice cream van and treat yourself to a double 99 with all the trimmings.

Jess is a journalism and creative writing graduate with a passion for learning new things. She loves fashion and reading and her motto is: “If you want to know where your heart is, look at where your mind goes when it wanders.”
Food delights of Eid
English Curry Awards 2013 Finalists