A Lahore man has been arrested after a video of him exposing himself in public went viral after it was posted on social media.

"this guy was near Thokar Niaz Baig j***ing off looking at me."

A viral video led to the arrest of a Lahore man for sexual harassment and indecent exposure.

This is the second case of indecent exposure to happen in Lahore within a week.

The man was identified as Muhammad Tayyab Ahmed. He had been sexually harassing a young woman who decided to film him.

In the video, which was uploaded on Thursday, August 1, 2019, Ahmed exposed himself in front of her and allegedly started to perform a sex act while sitting on his motorbike.

The woman uploaded the video onto Twitter and wrote:

“Today at 6 pm this guy was near Thokar Niaz Baig j***ing off looking at me.

“A lot of girls face this. Please share this to make it reach his family and maybe authorities will also take action against such people.”

The video quickly went viral, with hundreds of people calling for his immediate arrest.

Lahore CCPO BA Nasir took notice of the incident and directed officers at Chung Police Station to arrest the suspect as soon as possible.

Less than 24 hours later, the Lahore man was arrested. 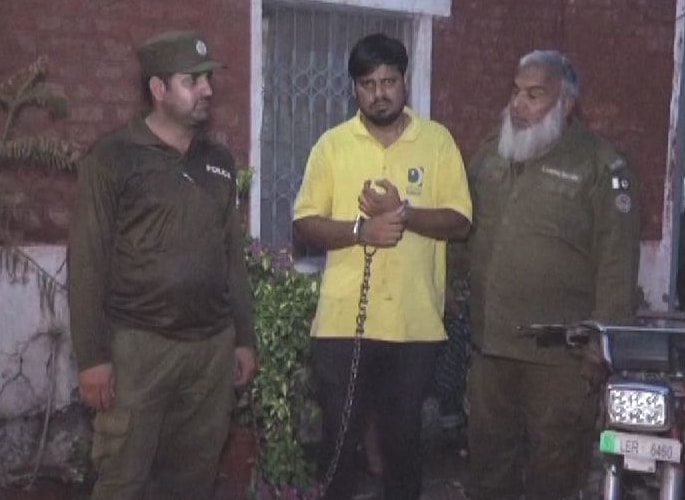 Officers located Ahmed by tracing his motorbike’s licence plate, which was seen in the video. The motorbike was also seized.

According to the Tribune, he was arrested at his home in Westwood Colony, Lahore.

CCPO Nasir praised the fast action taken by officers to arrest Ahmed but also spoke about the increase in sexual harassment cases.

“Harassing women is unfortunate. All walks of life should come forward to root out this emerging evil social practice.”

A case was registered against Ahmed at Chung Police Station under sections 268 (public nuisance) and 294 (obscene acts) of the Pakistan Penal Code.

Section 294 can result in three months imprisonment and/or a fine.

Similarly, Mohammad Arsalan was arrested after a police officer saw him committing an “obscene” act and chased him. He was eventually arrested and booked for sexual harassment.

In Mumbai, a man was arrested for flashing at a woman inside an ATM booth.

The woman had been on her way home when she had to withdraw some money. When the ATM was not working properly the man asked if she needed help but she said no.

The woman went out but soon returned to the ATM. At that point, the man also returned but he began to touch her thigh.

He asked the woman to look at him as he exposed himself.

She began to record and started shouting at him. When she said she was recording, the man fled but the woman showed a policeman the footage and they followed the man.

He was eventually arrested and booked under several sections of the Indian Penal Code.

Dhiren is a journalism graduate with a passion for gaming, watching films and sports. He also enjoys cooking from time to time. His motto is to “Live life one day at a time.”
Indian Wife forced to Drink Mosquito Repellent & Murdered
Indian Man kills Mentally Ill Wife and absconds to Kill Himself