Salman Khan continues his interest in photography whilst filming for the movie Bharat. Salman snapped images of actor Varun Dhawan on set in Abu Dhabi.

"Don’t keep looking at the photographer only!"

It seems Salman Khan has continued his passion for photography whilst shooting for Ali Abbas Zafar’s Bharat (2019).

Atul Agnihotri, the movies co-producer and brother-in-law of Salman, shared a picture of Salman Khan taking a picture of Varun Dhawan who is doing a cameo in the film.

The candid picture shows Salman standing in front of the camera, taking a picture of Varun who is holding onto a fence.

Atul shared the image on his Instagram and captioned it as “picture perfect.”

Salman also shared a picture himself taking a picture of Varun, captioning it “Shoot in a shoot.” 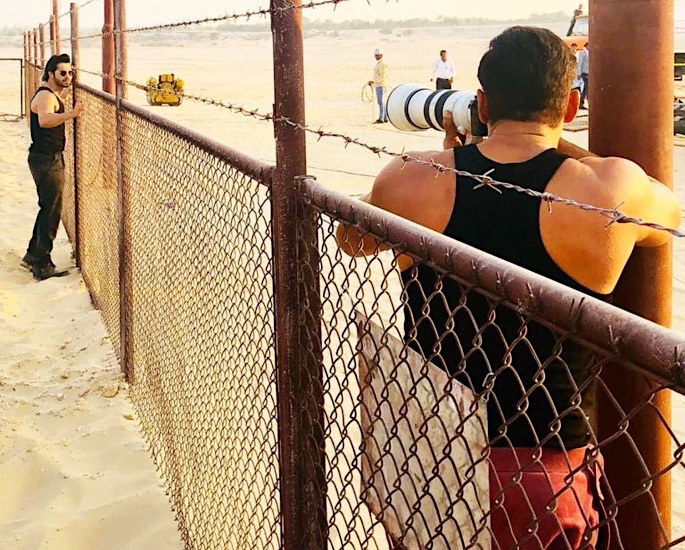 The nature of the shot is very macho like. Both are wearing top tanks with jeans.

This isn’t the first time that the Dabangg star has shown his new-found passion for photography.

Using a professional camera with an unspecified lens, it can be safely said that Salman is demonstrating his photography skills.

It looks like Varun is definitely the inspiration behind Salman’s latest venture into this art form.

Sunil Grover, who is starring in Bharat alongside Salman, previously shared a photo on his Instagram, of Salman clicking a picture of him.

The picture was taken when shooting for the films Malta schedule, as Salman can be seen photographing Grover.

Sunil captioned the picture as: “Ahem ahem, soon posting the final pictures. As they come. Don’t keep looking at the photographer only! ” 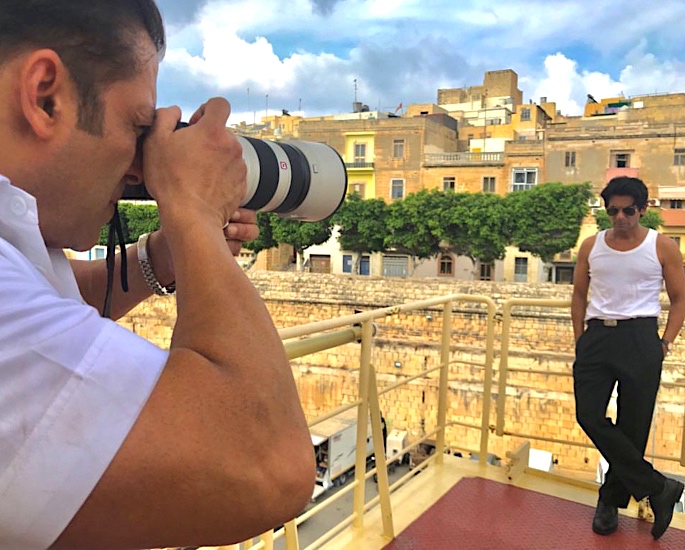 Bharat is an official adaptation of Korean film Ode to My Father (2014). Salman as ‘Bharat’ will feature in a variety of different avatars, with his journey beginning in 1947 and ending in 2002.

The film was initially supposed to star Priyanka Chopra as the female-lead alongside Salman. However, she allegedly dropped out of the film due to her upcoming nuptials with fiancé Nick Jonas.

His co-star from Tiger Zinda Hai (2017) Katrina Kaif was roped in to replace Priyanka.

Salman previously shared a first-look of one of his and Katrina’s many avatars in Bharat on social media.

The two can be seen mid-dance, with Katrina wearing a bright green saree with a floral print design, whilst Salman is sporting a traditional black sherwani. 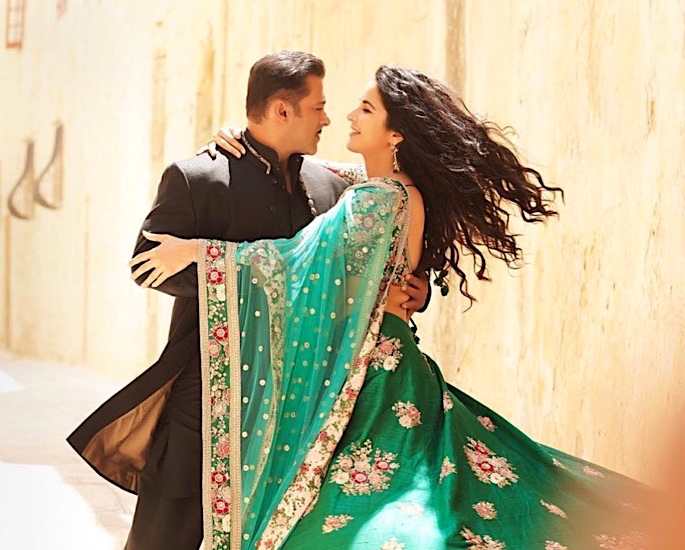 The film is scheduled to release on Eid 2019.

Along with the release of Bharat, Salman will also be starring in Dabangg 3 (2020) alongside Sonakshi Sinha.

The pair recently announced the third instalment of the popular film franchise on the 8th anniversary of the first film. The prequel film will be produced by Salman’s younger brother, Arbaaz Khan.

Salman put up a picture on his Instagram of himself with Sonakshi and the team. 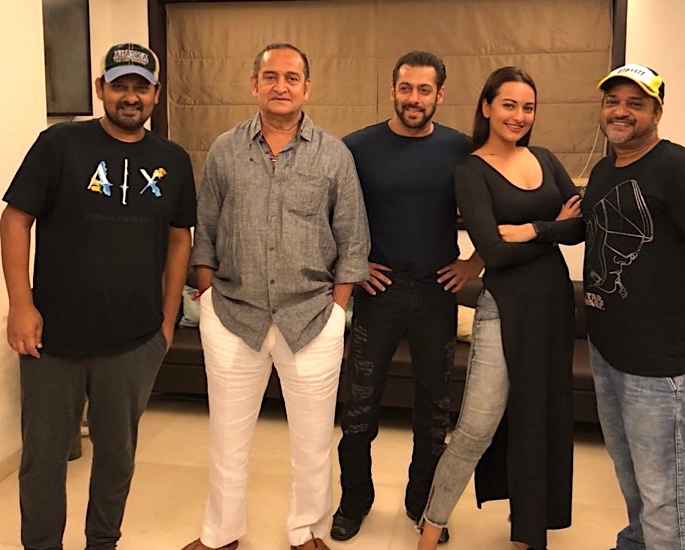 Adding to the picture, he wrote:

“Yesterday Rajjo and Chulbul Pandey coincidentally met with Mahesh, Sajid and Wajid #dabangg8yyrs – see u in #Dabangg3 next year.”

An official release date is yet to be finalised.

Salman will also play a cameo in Shah Rukh Khan’s Zero which is releasing on 21st December 2018.

Meanwhile, what do you think of Salman’s photography? Is he fulfilling a long time hobby? It will be interesting to see if Khan continues doing this on the set of his other films.

One thing for certain is that Salman Khan is definitely in the mood to explore other talents outside his acting work.