Indian protestors are not happy that a new film has cast Sunny Leone as it’s lead. They also protested against the actress’ new show.

"If Sunny Leone plays this role, it will be an insult to our culture."

Protestors in Bengaluru staged a protest on Monday, October 8, 2018, against filmmakers for casting Sunny Leone as the lead for an upcoming film.

Members of Karnataka Rakshana Vedike (KRV), a pro-Kannada organisation were offended at the decision to cast Leone as the titular character in Veermahadevi.

The South Indian historical drama will tell the story of Veermahadevi, a warrior queen who is revered in the area.

The group considers Sunny Leone’s portrayal of the warrior queen as an insult to their culture.

They have always cited Sunny’s past profession as an adult film star to paint her as a threat to Indian culture.

Activists have increased protests against the actress since the announcement of her upcoming show in the city, to take place on November 3, 2018.

They raised slogans and insulted her effigy with a garland of slippers, eventually burning it.

The group also burned posters of the film. 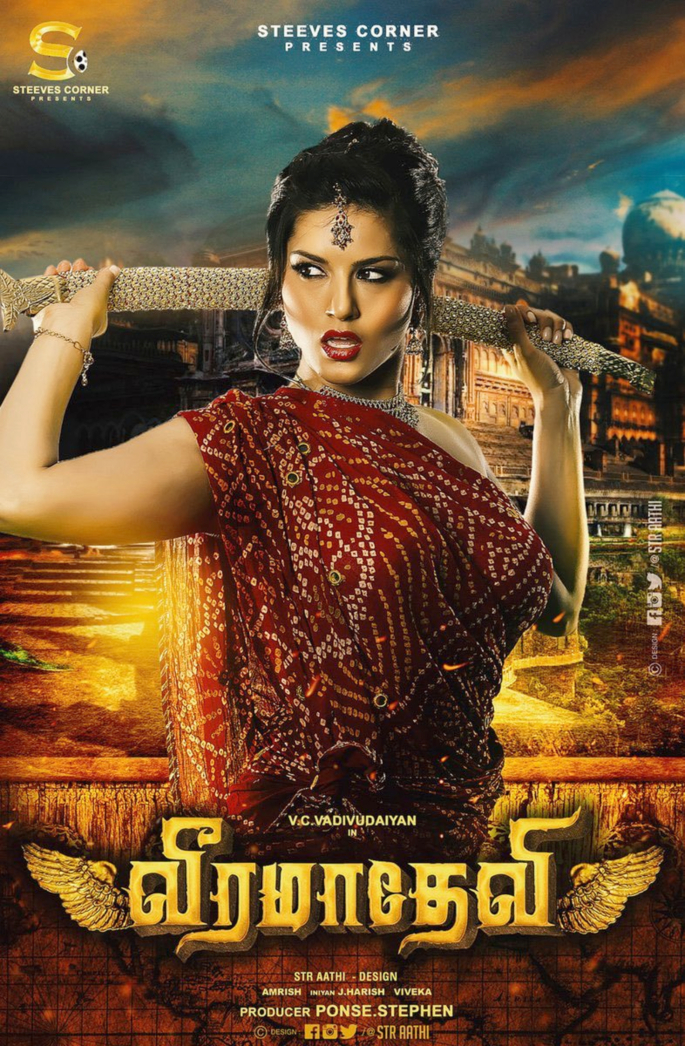 Harish Kumar, president of KRV’s Yuva Sena, said: “If Sunny Leone plays this role, it will be an insult to our culture.”

The group wants the filmmakers to give the role to another actress. They have also stated that if their demand is not met, they would not allow the film’s release.

In addition to the group’s anger towards Sunny Leone’s upcoming role, they have also protested against her show.

Time Creations will host the event “Purity and Expression” on November 3, 2018, in Bengaluru where the former adult film star is the main attraction.

At her show, Sunny will likely be talking about her latest role as Veermahadevi and activists have declared that they will not allow her to enter the city unless she drops out. 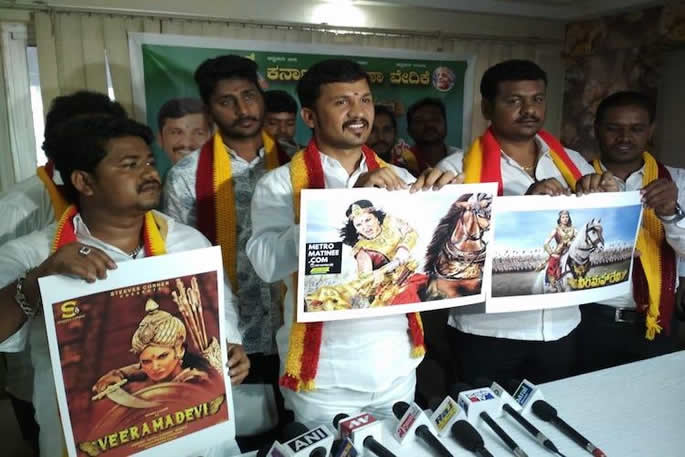 Harish added: “We will not let this happen.”

“This is also disrespect to the (Chola) dynasty which built several temples in Karnataka and it’s our duty to ensure their image is not damaged.

“We staged a demonstration against the event… It’s not just about the show here. There is much more to it.”

“The actress is going to play the lead role in a period film based on a woman warrior from South India.

“If the movie is not banned, we will not allow Sunny to enter our Garden city.”

This is not the first time that Sunny has been targeted by the group.

On December 31, 2017, a New Year’s event, also hosted by Time Creations, was cancelled due to protests by the group against the actress’ performance including suicide threats.

Both Sunny and director VC Vadivudaiyan have not responded to the protests.

To prepare for the role, Leone underwent training in sword-fighting, horse riding and also learnt to speak Tamil.

The big-budget film will be Leone’s debut in the Tamil and Telugu film industry. It will also be dubbed in Kannada, Malayalam and Hindi.

Dhiren is a journalism graduate with a passion for gaming, watching films and sports. He also enjoys cooking from time to time. His motto is to “Live life one day at a time.”
Is Will Smith playing a Cameo in Student of the Year 2?
Salman Khan photographs Varun Dhawan on set of Bharat