Is Will Smith playing a Cameo in Student of the Year 2?

Actor Will Smith enjoys time with Karan Johar, Tiger Shroff and Ranveer Singh in Mumbai. Reports suggests he will play a cameo in Student of the Year 2.

"One of the things on the Bucket List was that I wanted to be dancing in a Bollywood sequence."

American actor turned rapper Will Smith had a blast on a recent visit to Mumbai in India.

After attending the Delhi HT Leadership Summit, Smith spent time with Bollywood’s elite, as seen in images of him with Karan Johar, Ranveer Singh and Tiger Shroff.

He even got Bollywood lessons courtesy of KJo and Ranveer.

A big highlight during his trip was driving an autorickshaw in the streets of a city that never sleeps.

Besides enjoying Mumbai, the rumour mill of his visit had gone into overdrive. The real reason for his appearance has sparked much-frenzied speculation.

Does the Hollywood star have a cameo appearance in Student of the Year 2 (2018) is the big question on everyone’s mind?

Sources state that Smith may be doing a cameo or special role in SOTY 2. 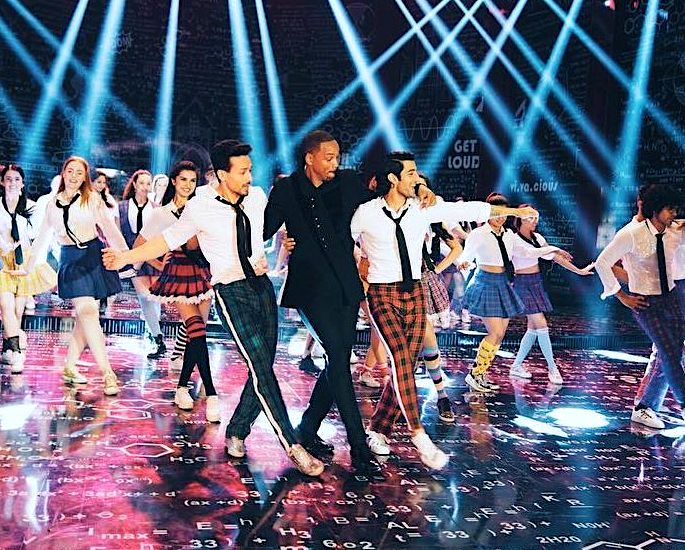 Smith was spotted on the set of the film, shooting a song sequence with the movies lead hero. Tiger Shroff.

He also took pictures with the cast and crew of the film, including Tiger, Ananya Panday and Tara Sutaria. In typical Bollywood style, he even shook a leg or two with the team.

“On Set in Bollywood!! Shout out to the Cast & Crew of Student of the Year 2. Thanx for Letting Me Play.” 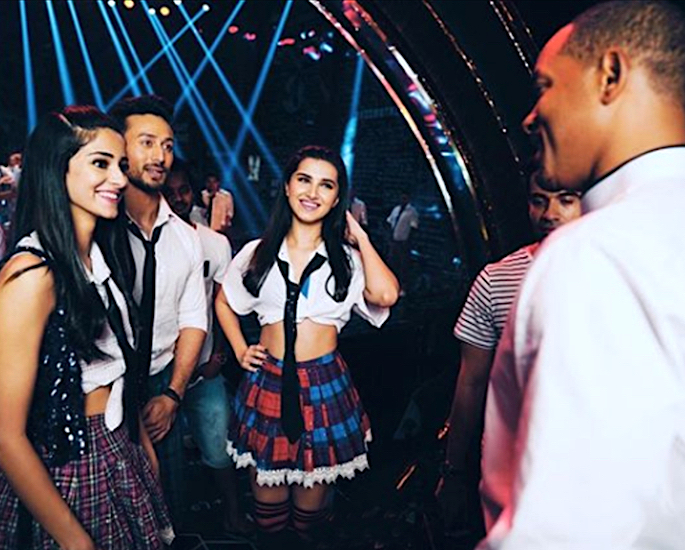 Director Punit Malhotra posted a photo alongside the Smith saying: “Check out who came to set.”

This is a major scoop for Producer Johar and Malhotra if true.

There are further reports which also link back to Karan. It is being stated that Smith will not only appear in SOTY 2 but also feature as a guest on Koffee with Karan 6 alongside Bollywood heartthrob Ranveer Singh.

Reflecting on the images posted on social media, it seems shortly after filming an episode of Koffee with Karan, featuring Ranveer and Akshay Kumar,  Johar and Singh had a rendezvous with Smith. The trio met up at the superb Soho House Mumbai. 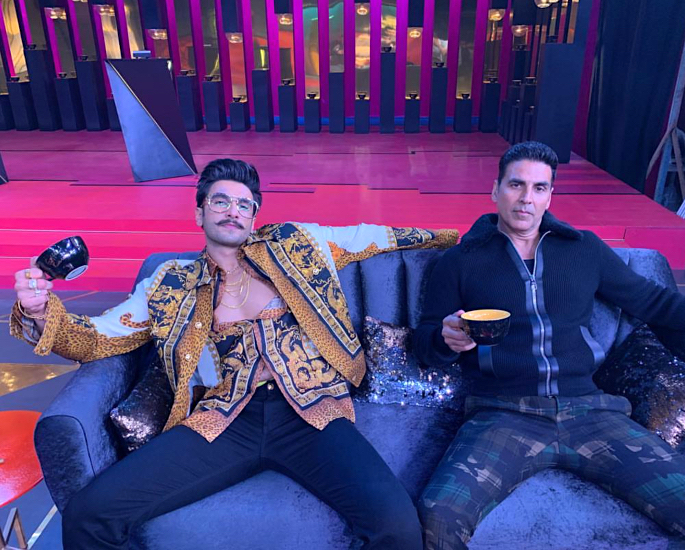 A picture of the meet up shows Karan and Ranveer apparently goofing around and performing in front of Smith.

The Fresh Prince of Bel Air star is apparently smiling at their performance and finds it entertaining.

Smith captioning the image stated: “Learning the ropes of Bollywood from two of the best in the game! @karanjohar & @ranveersingh.” 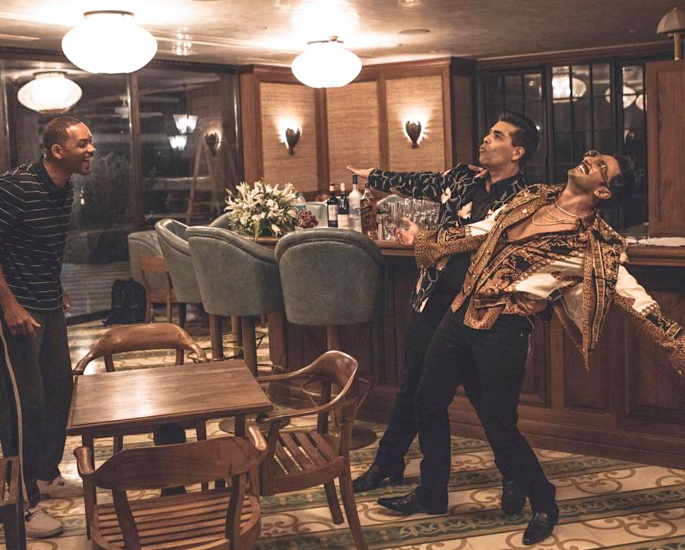 Karan quickly got in the action too sharing an image of the three with the caption saying: “Where there’s a WILL there’s a way!!!! @ranveersingh @willsmith shot today at the superb #sohohousemumbai.”

Wearing a T-shirt displaying peace and love, Ranveer also gave a big thumbs up to Smith writing “Behold the Big Williest!,” on his official Instagram.

Before travelling to Mumbai, Smith attended the Hindustan Leadership Summit on 06 October 2018.

In a candid conversation with host, actor and producer Farhan Akhtar, Smith revealed on his wish list was a Bollywood dance song.

He said: “One of the things on the Bucket List was that I wanted to be dancing in a Bollywood sequence.

“I would love to do some work with Aishwarya (Rai Bachchan). Well here’s hoping this happens soon.”

This in itself could be a hint from the Men in Black actor that he is set to make a debut in Bollywood.

Farhan and Smith also did a bit of dance in traditional Bhangraesque style, while remained seated on their seats. 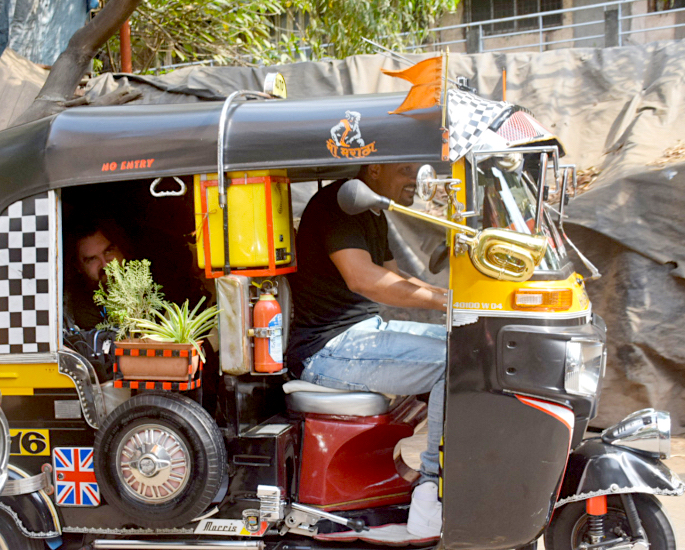 Amidst all the reports, rumours, theories of his visit, one of the best moments that Will Smith had in Mumbai was when he excitingly rode and drove an autorickshaw on the streets of Mumbai.

It’s like he was smitten by India and its people.

Firstly he was an honorary guest at a party organised by Akshay Kumar and wife Twinkle Khanna. He was also in the country last year to market his Netflix film Bright (2017).

But Smith’s journey to India in 2018 is the best of them all. He has enjoyed mingling and performing with the Bollywood fraternity.

While Smith has created some curiosity with his visit, Karan Johar has added fuel to the fire. His presence on the sets of SOTY 2 has definitely got everyone talking

Will Smith had always wanted to work in a Bollywood film, and it looks like Karan Johar may have made his wish come true.