Protest groups have threatened mass suicide if Sunny Leone performed at a show in Karnataka resulting in a ban on the show by the state government.

"We took feedback from Kochi police before taking the decision."

Sunny Leone due to perform at a New Year’s Eve show in Karnataka, Bengaluru, has been denied permission by the local Congress government. Reports of suicide threats if she performed added to the protest of the show not going ahead.

“We have denied permission fearing law and order problems in the wake of protests by pro-Kannada outfits and also keeping in view the directions of the Karnataka high court in a molestation case reported on MG Road last New Year’s Eve.”

A protest group calling themselves Karnataka Rakshana Vedike Yuva Sene threatened to commit a mass suicide if Sunny Leone participated in the event.

Posters of Sunny Leone were burnt in protest and anti-Sunny Leone slogans were echoed by the group. They see her persona a threat to the moral culture of Karnataka.

Harish the president of the group said that they were against her wearing skimpy clothes, flaunting herself and therefore, corrupting young minds.

“We are against Sunny wearing short clothes. If she wears a saree and takes part in the event, even we’ll go watch her. Sunny doesn’t have a good past. We shouldn’t be encouraging such people. We will not hesitate to commit suicide on 31 December.” 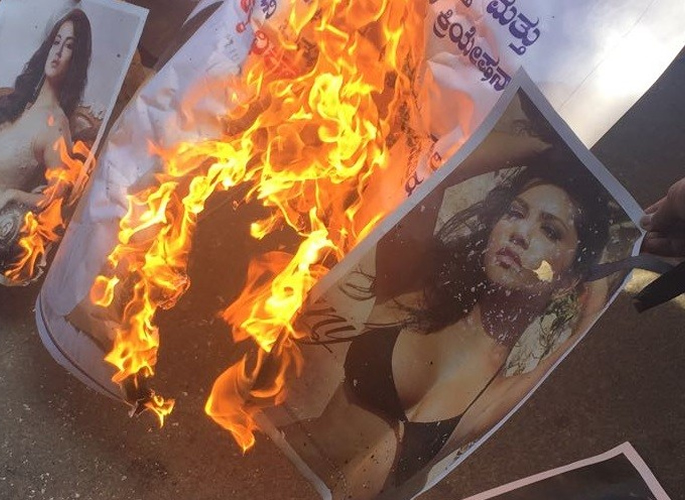 Reddy also stated that they did not grant permission for Sunny’s show due to what the mayhem taking place in Kochi when she visited:

“We took feedback from Kochi police before taking the decision.”

The organisers of the show called a ‘Sunny Night in Bengaluru NYE 2018’ were not happy with the ban and said:

“We don’t know why there is so much fuss about Leone performing here. She is here only to perform for a family show.”

The police have cited security reasons for the cancellation of the show, fearing law and order.

Interestingly, this is not the first time Sunny Leone would be visiting Bengaluru for an event. She has visited Bangalore many times for promotions on the Brigade Road which attracted no bans. 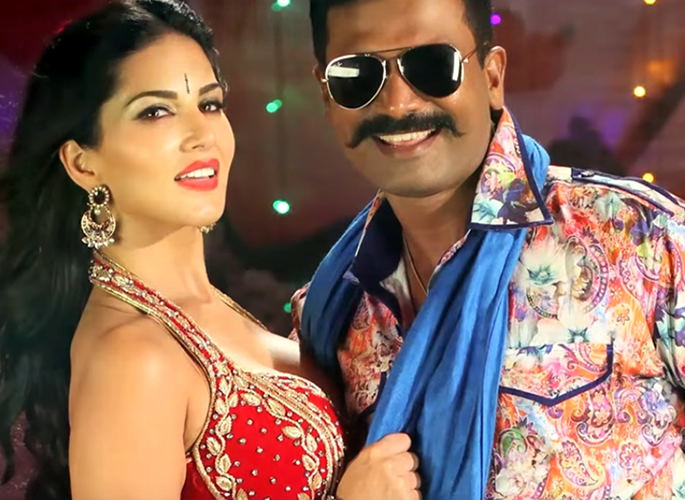 The ‘ban’ of Sunny Leone has garnered reactions on Twitter under the hashtag #SunnyLeoneCensored:

.@HrishiKay, RJ: Protest is an integral part of our democracy but when you turn around & threaten with committing suicide & not let a dance performance go by, that’s not protest. It’s emotional blackmail. #SunnyLeoneCensored pic.twitter.com/ZUGOBj6crN

#SunnyLeoneCensored: Faye, if the fringe group has threatened suicide, we should actually allow them to do as per their plan at least in that way the fringe group will be exterminated once and for all, let us allow Vishnu Gupta to commit suicide first.

With Sunny Leone appearing in more and more Bollywood and Indian films, there is no doubt she has made an impact on India in her own way.

But as to whether the whole of India will accept her and her adult star past, is still going to be a huge challenge for her, judging by the protests against this show and the local government and police not giving permission for it to go ahead.

Amit enjoys creative challenges and uses writing as a tool for revelation. He has major interest in news, current affairs, trends and cinema. He likes the quote: "Nothing in fine print is ever good news."
7 Funniest Amir Khan Jungle Moments in I’m A Celebrity 2017
Riya Subodh is Winner of India’s Next Top Model 3