In a candid documentary, Mostly Sunny, Sunny Leone reveals what happened when she told her parents about her choice to become an adult star.

“You obviously didn’t consult us before you made this decision.”

Sunny Leone today is a household name in India and throughout the world. But how much do we know about Sunny Leone’s parents?

However, this is very different to her past which was earning a living from being a star in the adult film industry.

In her documentary, Mostly Sunny, Sunny openly discusses her life and the story of her transition to India and especially, Bollywood as her new platform for fame.

Born as Karenjit Kaur Vohra, on 13 May 1981, she was the daughter to Punjabi parents who lived in Sarnia, Ontario.

Her parents moved to Canada from India to seek a better life for themselves and their family.

By the time she was about 13-14 years old, Karenjit decided to move to California, USA.

Finding it hard to settle down in Orange County, she was the “loner kid” and needed work. 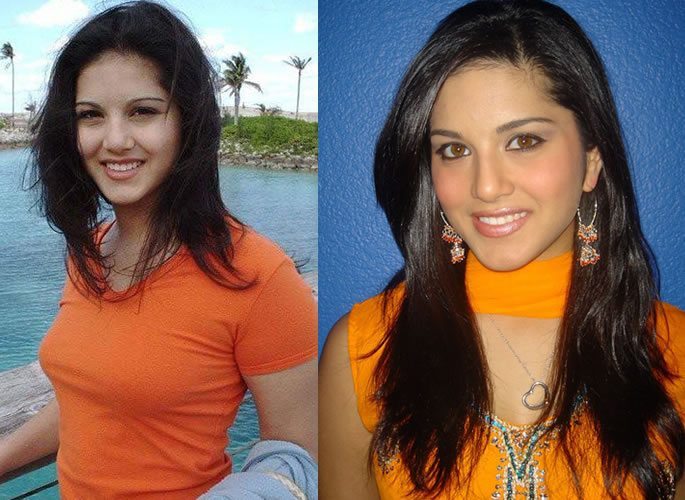 It was at this time, she found herself at the offices of an adult entertainment agent whom she met. On the office wall, he had Penthouse, Hustler, Cheri and other adult magazines on display.

Karenjit realised that she could make $10-15K US per week and this was far more than doing any other job. Recalling the time she says:

Her parents were not poor but “they didn’t have a lot of money” and “they didn’t give them [her and her brother] what they wanted.”

When she posed for her Penthouse magazine centrefold spread, she bought every magazine in local shops in Sarnia local to her parents. To ensure they would not find out. 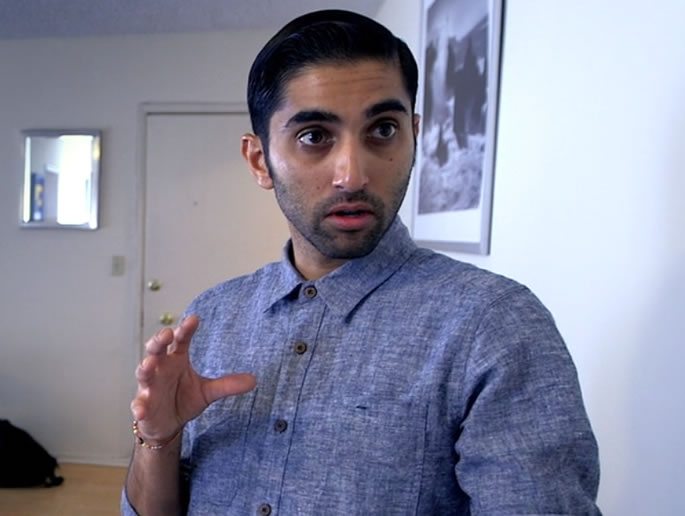 He tells us how his sister revealed to him on the phone that her Penthouse stage name was ‘Sunny’. Realising it that she used his name, his reaction was still positive:

“I told him that I stole his name. My mother wasn’t happy when she found out who I was. Why did you have to pick that name? Your brother’s name? I was like I don’t know I just picked it.”

Her brother emphasises that his relationship with his sister is solid and he is totally behind whatever she does. And kept the secret from their parents too.

One of the key life-changing achievements was her winning Penthouse Pet of the Year 2003. Leading to lots of interest in her. 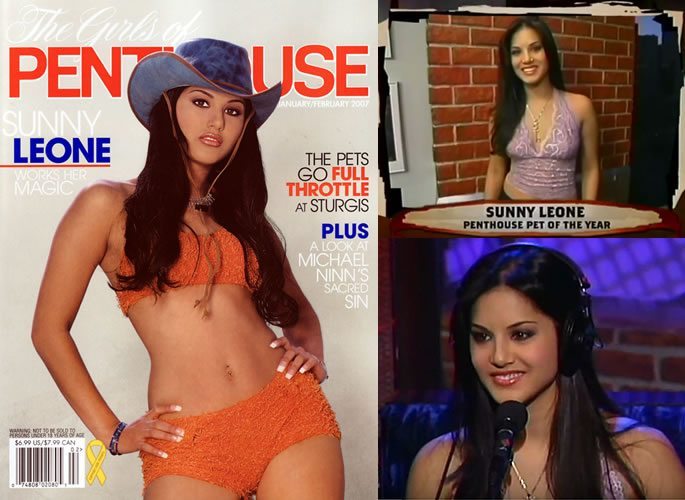 When Sunny Leone appeared in Penthouse, she did get a lot of hate mail from Indians who found out about her, saying she was not Indian and was a disgrace to the community.

Whilst keeping what she did a well-kept secret, an appearance on the Howard Stern show seen by a family member was the trigger for Sunny Leone to confess what she did.

“It all went downhill from there,” says her brother.

“The whole family knew within 24 hours. To the point that my sister had no choice.”

This led to pressure on Sunny to reveal what she did to her parents. Immediately she consulted her brother. Who agreed. She says:

“My parents found out who I was when I told them which is exactly how I wanted it to happen.” 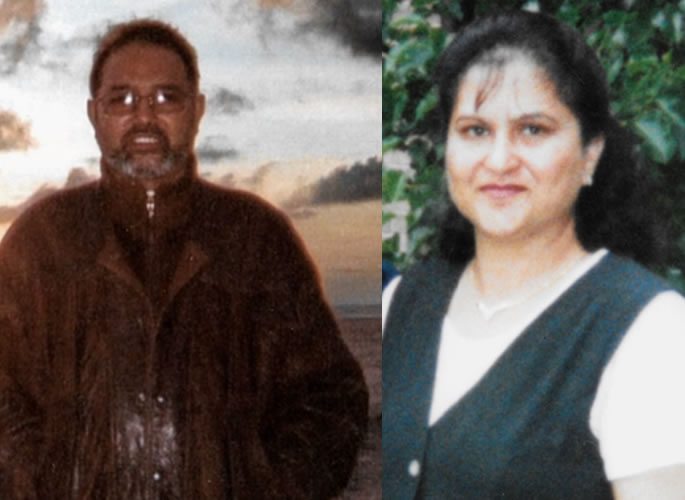 “She just let it out: I’m in the adult entertainment industry I didn’t think it would lead to where I am now.”

Sunny emphasised that she had won Penthouse Pet of the Year and won $100,000. Hoping this would divert their reaction. But after a lot of silence, her mother emotionally replied:

After which her mother started “crying and crying.”

“You obviously didn’t consult us before you made this decision.”

However, he stated that if she had made this choice she has to “now own it and be successful.”

And this was not on the emphasis of Sunny taking her clothes off because she iterates, “No father wants that at all, no parent wants that.”

Sunny reveals that sex was something never talked about in their household apart from the point “only that it was bad.”

Sunny’s mother was “extremely devastated” and hurt about what Sunny revealed.

“She made me definitely feel horrible about the decision that I had made,” says Sunny. 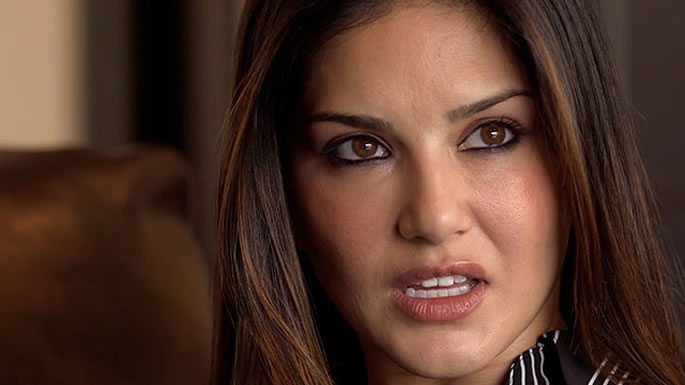 Defending her decision Sunny told her parents that “this is how it is, this is how it’s going to be. I’m not changing my mind. I don’t regret it and you just need to get over it.”

News of what she did as a career choice did soon ripple through to close relatives and extended family.

This led to her parents gradually getting “shunned off” and a divide in the family occurred.

Sunny’s mother already had a problem with alcohol. As Sunny explains:

“Other than my mother having an issue with drinking, there wasn’t really a lot of other things that happened in my house that were traumatic.”

Sunny’s brother admitted this too about his mother saying: “She drank a lot.” But he explained that it did not let it impact her responsibility as a mother. She did everything for them.

“As soon the whole situation about finding out about my sister and what she did. It didn’t go away. She was a full blown alcoholic. She drank every day.”

In 2008, Sunny’s mother had a full seizure. After coming out of hospital she began her recovery and stopped drinking. But her recovery didn’t last, as Sunny’s brother explains:

“Once again, soon as my sister was mentioned and what she does. It would start off just like that again.”

Sadly, Sunny reveals the outcome: “I watched my mother die in front of me.”

On the day, Sunny was working and regrets not being home as her mother was in a lot of pain. Sunny says: “I gave her, her last dose of morphine and she went to sleep. And it was horrible.”

Sunny does wonder if the last dose may be “killed her” and says “I don’t think I did that but you know she died right after.”

Emotionally, Sunny’s brother feels “it was the way it was meant to be” and “she didn’t have anything left.”

The next traumatic event with Sunny’s parents was finding out that her dad had cancer.

With sad emotion Sunny tells us in Mostly Sunny:

“The last time I got to spend with my dad was in San Diego on the beach.”

Sunny went with friends who called her ‘Sunny’ so she asked her dad if it was okay. He replied: “No it’s okay, I just want to spend time with you.”

Her dad met up with her but felt very cold due to being sick despite it being summer.

After which, he went onto have surgery which had complications. Three months later, he began to suffer from internal bleeding and the surgeon refused to operate due to the complexity of the procedure, leaving him in a terminal condition.

Sunny explains with tears rolling down her cheeks:

“So, between my brother, Daniel and myself. Mainly me, again, had to make the decision to says goodbye.”

“It’s the worse. Because you feel like you have killed them. But I had no choice.”

Losing their parents impacting both Sunny and her brother very badly.

She brought their remains to India and dispersed them in the Ganges. She now visits the seafront frequently.

“I believe a part of my parents are a part of the sea. So I go there to ask for their blessings.” 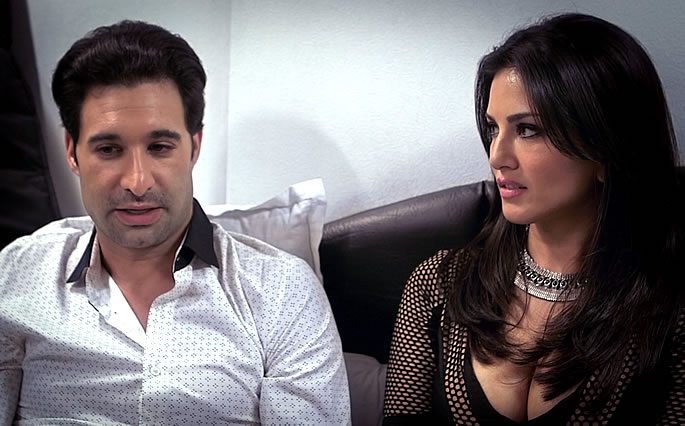 Sunny sees her husband Daniel Weber as her number one support and her love and gratitude for what he has done for shows strongly. He manages all the business affairs and is in charge of Sunny Leone’s Bollywood career.

She is grateful to the billions in India who have accepted her and knows there is a very long way for her to go, for her to be ever accepted as an ‘insider’ in Bollywood.

But gradually as she makes appearances in movies like SRK’s Raees and Sunjay Dutt’s Bhoomi, Sunny Leone is getting recognised as the new ‘item girl’. 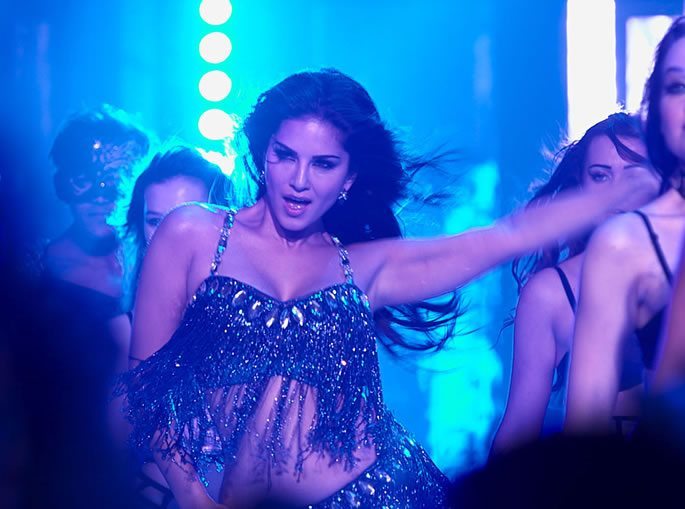 With the large crowds of her fans turning up at her appearances to get a glimpse of her, there is no doubt Sunny Leone is making an impact on India.

Mostly Sunny is available on Netflix and other on-demand services and is a documentary which definitely gives you an insight into the real Sunny Leone.