Rahul has won the finale of Child Genius, after beating his opponent, Rohan. His dad appeared delighted, but his reactions have caused some controversy.

The finale of Channel 4’s Child Genius witnessed 12-year-old Rahul win the competition, and taking home the trophy. He beat his opponent, 9-year-old Rohan, after a nail-biting final which ended in 10-4 to Rahul.

While his dad appeared extremely happy with the victory, he seems to have landed in hot water with some outbursts against him on social media.

Child Genius came to an end on 20th August 2017, after a week-long competition. The show saw 20 children, aged between 8 to 12, compete against each other in a series of challenges.

Despite some initial controversy, the show has drawn in an average audience of 1.8 million per night.

The finale of the programme saw Rahul and Rohan go head-to-head in various rounds. The 12-year-old boy proved his capability by quickly earning a healthy score of 8, while Rohan scored 2. Yet viewers noticed Manish’s grimace when Rahul incorrectly answered a question.

In addition, as Rohan gave a wrong answer to a maths question, the IT manager again visibly shown his reaction. The camera turned to Manish, who smirked at Rohan’s incorrect answer. 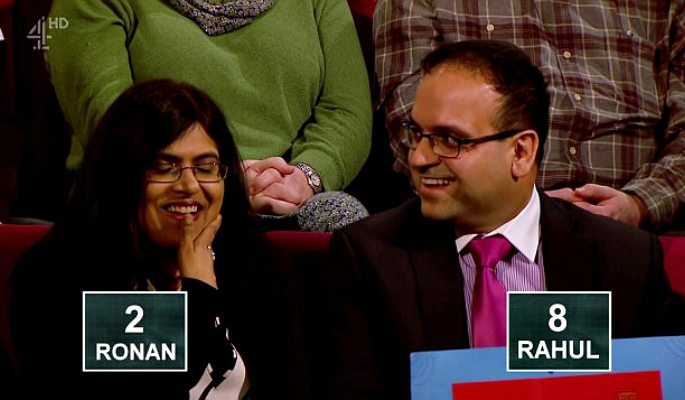 While both competitors earned 15 in their specialist subjects, Rahul managed to win the competition with a final score of 10-4. As the youngster earned the Child Genius trophy, he said he felt “extremely delighted to win”. He also congratulated all the other contestants.

Meanwhile, Manish spoke on the victory, which too met with controversy. He revealed: “I am actually willing him with the answers, it’s like I’m on his shoulder, telepathically trying to get the words to him.”

Many took to social media to complain about Rahul’s father’s behaviour, describing it as “awful” and “disgusting”. On the other hand, one could argue whether it can be looked upon as ‘wrong’ in the first place.

In any kind of game, they will always contain an element of competition within them. At a sports game, any fan would react the same if the opposing team or player missed a goal or lost the match.

Manish is supporting his son, so it’s understandable that he will cheer Rahul on and hope for a win.

Speaking of the 12-year-old, Manish revealed how proud he felt of Rahul’s impressive performance in Child Genius. He said:

“We raised this little boy from a baby and he’s doing so many good things and I’m boasting about him but, hey why not. It’s amazing, and to call him my son is just the best feeling.”

Despite the public’s opinion of Manish, they also congratulated Rahul on the win. Throughout the week, he has impressed many with his IQ of 162. On Child Genius‘ first episode, he hit headlines after answering every question correctly.

Now emerging as the victor of the competition, it seems great things lie ahead of the smart youngster.

Images courtesy of Channel 4 via Daily Mail and Evening Standard.