Rahul Mandal is the champion of The Great British Bake Off 2018. He faced stiff competition from fellow finalists Kim-Joy Hewlett and Ruby Bhogal.

Rahul Mandal is the champion of The Great British Bake Off 2018.

All three finalists had the potential to win after gaining ‘Star Baker’ status twice over the course of the popular competition based show.

However, even after a near-disaster in the showstopper, Mandal reigned triumphantly.

The final began with the signature challenge, involving the creation of doughnuts. All three finalists did receive a mixture of responses.

Then came the ‘Technical,’ which saw a ‘Bake Off’ first, with the contestants having to leave the tent.

The 3 finalists had the task to bake 6 pitta breads and serve with 3 different dips. That too on an open fire. 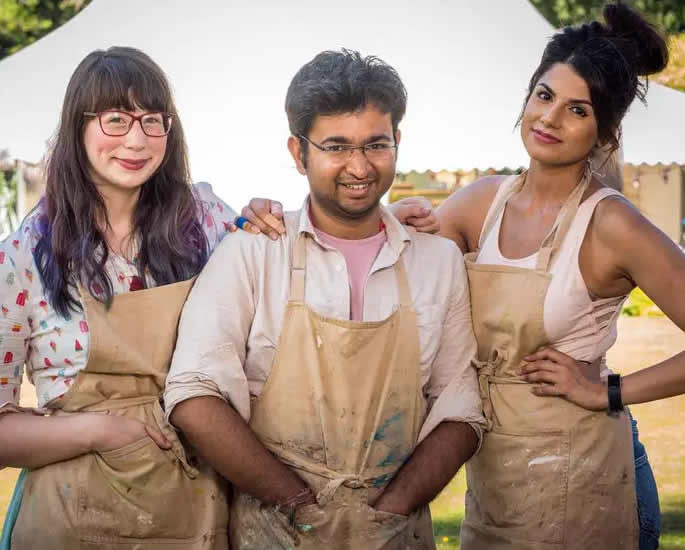 Kim-Joy came out on top in the technical challenge, with Rahul coming second and Ruby coming third.

In their final ever showstopper, the finalists were given the mammoth challenge of creating a landscape dessert.

Mandal made an ‘Edible Rock Garden’ with almost 200 individual components.

In a tense and nerve-wracking moment, a storage jar on Rahul’s bench did shatter due to the heat, leaving pieces of glass everywhere.

With the production having to intervene as it was a safety hazard, Mandal had to start from scratch. 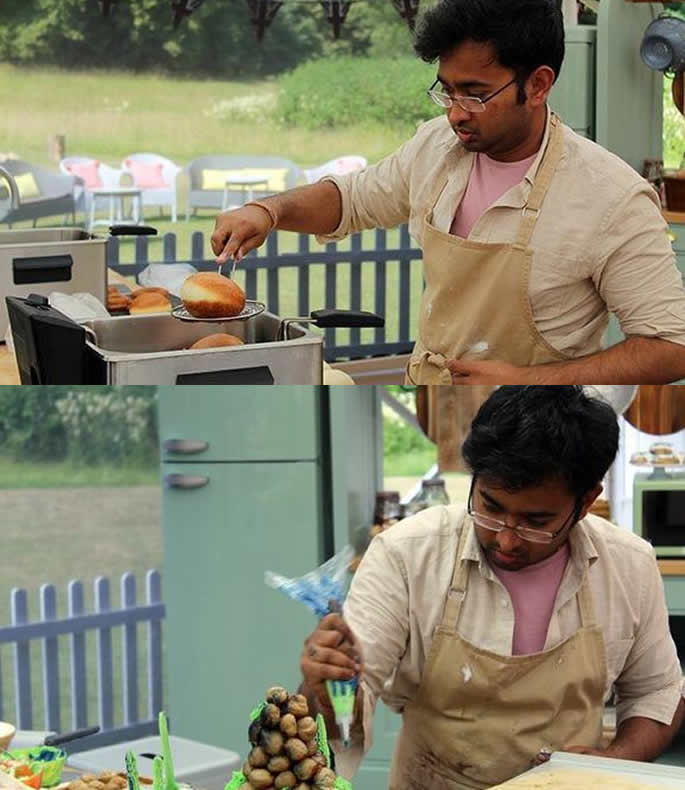 Rahul got an extra 15 minutes to complete his showstopper to make up for the 15 minutes he missed out on earlier.

Despite the madness that happened, Mandal did manage to defy the odds and become champion. He did this in front of family and friends who had gathered outside.

With hosts Noel Fielding and Sandi Toksvog announcing the winner, an almighty cheer came from the crowd.

The 30-year old based in Rotherham, moved from Kolkata, India to the UK for higher education in 2010.

Received his PhD in optical metrology from Loughborough University, he is a research associate at the University of Sheffield’s Nuclear Advanced Manufacturing Research Centre.

He specialises in light-based measurements of engineered components.

Rahul’s win is even more special, as he had only started baking after moving to England. 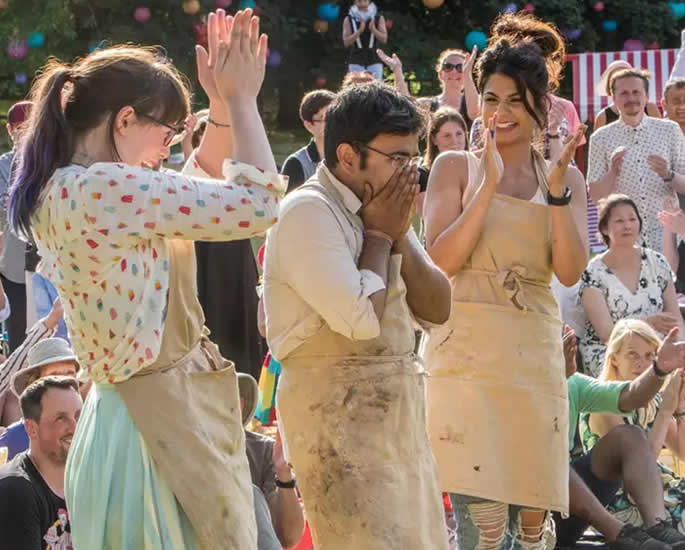 The filming for The Great British Bake Off took place over the summer of 2018.

After the airing of the finale, Rahul spoke with The Guardian about his experience on the show. He said:

“Bake Off has given me a new family, I felt I had a mum, dad, brother, sister, aunt, uncle, as everyone in the Bake Off tent supported me in a weird and wonderful way.

“It was a lovely experience with so many happy memories that I will never forget.”

Judge Prue Leith commended Mandal for his win on the show. She mentioned:

“I think the amazing thing about Rahul and why I am so proud of him is that he came in unconfident, but he just kept on going and he never reigned in his ambition.”

She continued: “He always tried to do a bit more than everybody else.”

P”He’s one of those characters that you’ll miss when you’re not with him, his intensity sometimes is amazing and he’s so good at what he does.

“I don’t think he realises still how good he actually is, and I think that’s what is magic about Rahul.”

Mandal won ‘Star Baker’ twice over the course of the show, in Cake Week and Bread Week.

No doubt the shy and introverted 2018 winner will go on to be successful, following in the footsteps of 2015 champion, Nadiya Hussain who has gone on to become a household name.

Congratulations to Rahul Mandal on winning The Great British Bake Off 2018. DESIblitz wishes him the very best of luck for the future.

Hamaiz is an English Language and Journalism graduate. He likes to travel, watch films and read books. His life motto is “What you seek is seeking you”.
5 Outstanding Alia Bhatt Films you Need to Watch
Aishwarya Rai Bachchan celebrates 45th Birthday