The Great British Bake Off is officially back on the BBC and a contestant competing for the 2016 winner title includes British Asian, Rav Bansal from Kent.

"They know that the standard that it is, which is now pretty high"

The Great British Bake Off is back and the contestants for the season 7 show has been announced.

Rav, who lives in Erith, Kent, was inspired to start baking by his sister, who he shares a close bond with.

The criminology graduate lives with his parents as part of a large family and has always been passionate about baking and helping people.

He volunteered for charities such as Victim Support and now works supporting students in City University, London.

Rav likes to use unusual ingredients and revealed that his cooking is adventurous and experimental, so we can hope to see some bizzare combinations from him on the show.

The British Asian baker claims to have a good sense for flavour combination, ‘even if they might seem strange to others’.

Rav specialises in vegan creations, which he displays on his social media pages and takes cooking inspiration from the Far East.

The baking battle, which will run for 10 weeks will see the return of Mary Berry and Paul Hollywood, who will judge the seventh series of the show. 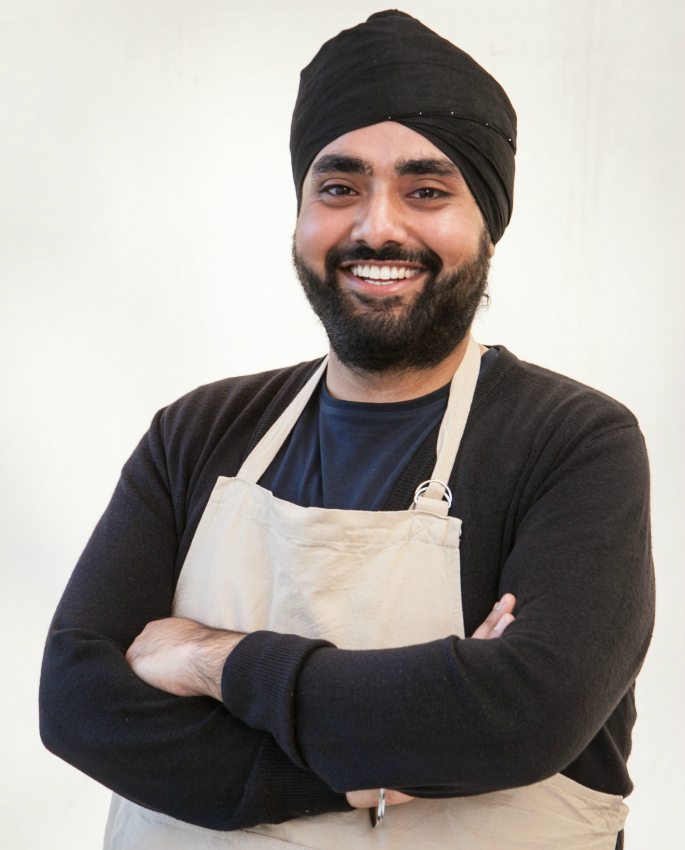 The Great British Bake Off become the nation’s favourite show, with more than 15 million viewers tuning in for the final when Nadiya Hussain was crowned the winner in 2015.

The pressure is on for the contestants as last year’s winner Nadiya Hussain has gone on to become a big success. Paul Hollywood said:

“Nadiya went to a whole new level, and because of that I think it will put the pressure on them more, and I think we felt that in the tents as well.”

Mary Berry adds: “They know that the standard that it is, which is now pretty high. I think they were slower to bond this year than the past.”

Other contestants include a nurse, a Rolls-Royce aerospace engineer and a pastor who are among this year’s contestants hoping to follow Nadiya’s footsteps to victory.

The seventh series however, could be the last of the series on BBC, as it is nearing its contract expiry date with Love Productions, with rumours that the show is set to move to ITV.

Tune in to BBC One to watch The Great British Bake Off return to screens on August 24, 2016, at 8pm.