Rav stuns with Pastry Showstopper in Great British Bake Off

British Asian baker Rav Bansal sends audience on a rollercoaster ride in the fifth week of the Great British Bake Off 2016, with a showstopping filo pastry!

“That’s just the sort of surprise I like before a meal.”

In the fifth episode of the Great British Bake Off 2016, the difficulty level continues to rise with pastry in the spotlight this week.

Having struggled to shine in the past couple of weeks, British Asian baker Rav Bansal attempts a mix of safe and unconventional creations.

For his Signature Challenge, he goes for Cinnamon Swirls and Pecan, Walnut and Maple Plaits, topped with a tasty lemon icing.

He needs to make 12 of each and a total of 24 pastries. It all boils down to planning his time well, so that the dough can properly proof and the butter can fully chill.

Yet, it is his counting skills and not time management that lets him down!

Though one plait short, the judges comment that the pastries are well-presented and their fillings are delicious. 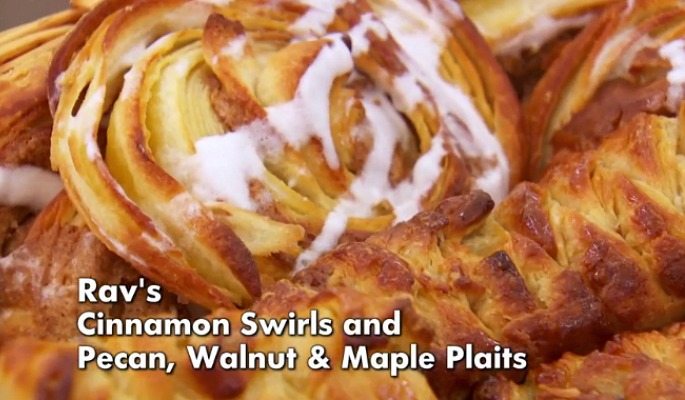 Just when we feel Rav is off to a good start, he falls flat at the Technical Challenge once again.

Together with seven other contestants, he has two and a half hours to make a classic Bakewell tart.

Who would’ve thought this simple piece of advice would turn out to be an incredibly valuable one that many bakers have failed to follow?

Without allowing ample time to cool down the baked tart, spreading the icing only results in messy appearance.

Tom alongside Val, who has the most experience in making Bakewell tarts, find themselves with undercooked pastries. 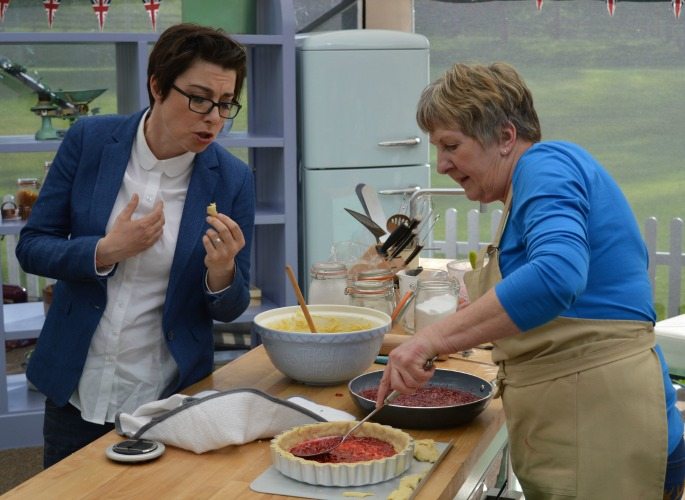 As for Rav, ‘gooey’ is the exact word that judge Paul Hollywood uses to describe his disastrous Bakewell tart.

Half of it has collapsed and even the ‘beautiful jam’ cannot save him from placing bottom at the Technical Challenge.

“Last for the third week in a row is not a good place to be. A miracle has to happen for me to get through!”

In first place is Jane and her beautifully presented, perfectly proportional and excitingly crispy bake.

The final challenge is the Showstopper. Rav has found his groove again and turned heads with 48 bite-size filo pastries consisting of two different batches and flavours.

He says: “Filo pastry is notoriously difficult to make. I’ve made a couple of times in the past and it hasn’t always turned out right.”

Well, third time’s a charm! Not only does he have time to spare, his Chinese-Style Prawn Filo Tartlets and Spiced White Chocolate and Hazelnut Samosas truly impress Mary:

“That’s just the sort of surprise I like before a meal.” 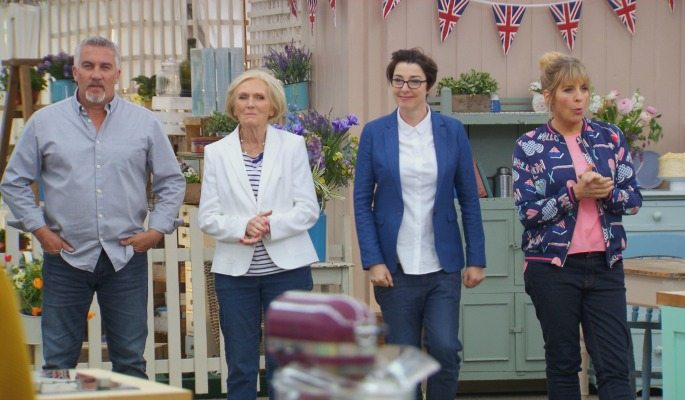 They also save him from elimination, offering another chance to prove his baking prowess.

Relieved he is still in the competition, Rav says: “I’m like the comeback kid. Whenever something goes wrong, there’s always something that goes right.”

As Candice earns her second Star Baker honour, the contestants wave goodbye to the ever so bubbly and lovely Val.

Catch the sixth episode of The Great British Bake Off on September 28, 2016 at 8pm on BBC One.