“He said he love my bread. I was stunned into silence!”

Chocolate bread is the theme of the Signature challenge, and Rav has once again infuses Eastern and Western elements in his bake.

He makes a chocolate, cardamom and hazelnut bread, that carries a refreshing flavour along with a nutty texture.

Timing is definitely of essence in this challenge, as he has to ensure adequate time for proving and baking the dough.

Some contestants choose to make a sizeable portion, which means it may be tricky to thoroughly cook the bread.

But not for Rav – the baker from Kent has surprised himself with how well his chocolate bread has turned out! 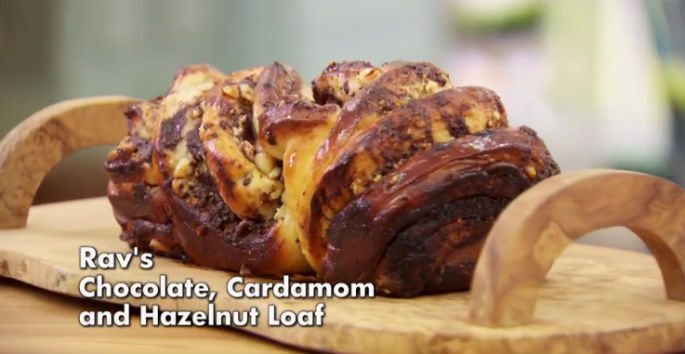 Judge Paul Hollywood praises: “I love it. The chocolate is strong all the way through. The cardamom is beautiful.”

Overwhelmed with joy, Rav cannot believe Paul has no criticism for his bake: “He said he love my bread. I was stunned into silence!”

However, as we all know, anything could happen in the Bake Off tent. 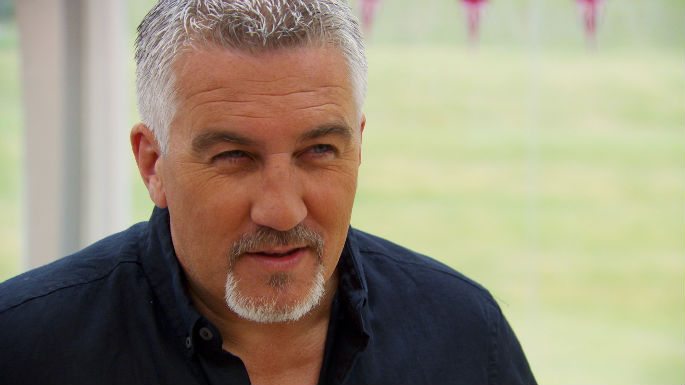 But the real problem is not knowing what Dumph Noodles actually are!

With a set of cryptic cooking instructions and little clue as to what they should look like, the bakers find themselves praying they have met Paul’s expectations.

Their two hours are almost up and none of them can see through the steam in the pan to gauge whether their Dumph Noodles are still raw or ready to serve.

Staring blankly at the lid covering the steamed buns, Rav says: “I have no idea what I’m looking for.”

The buns should also have a crispy and golden brown base, which proves to be highly difficult to achieve.

Rav falls flat on this task, ranking bottom with his very undercooked Dumph Noodles, which Paul manages to revert back into a dough ball.

Despite an epic failure, Rav pulls himself together for the Showstopper – a savoury plaited centrepiece – in order to book his place in next week’s show.

Making use of three different types of flour, he creates a Three Tier Diwali Bread centrepiece.

He jazzes up the bread with a unique and wonderful mix of spiced pesto, masala chutney, coconut. We are absolutely loving the way he adds a Desi touch to his bakes!

The result is simply astonishing, with Paul embracing the tastes of the bread and filling, although he would prefer a stronger kick for his tastebuds.

This week’s Star Baker goes to Tom, who wins judges and viewers over with his Jörmungandr (serpent) and Mjölnir (Thor’s hammer) centrepiece. 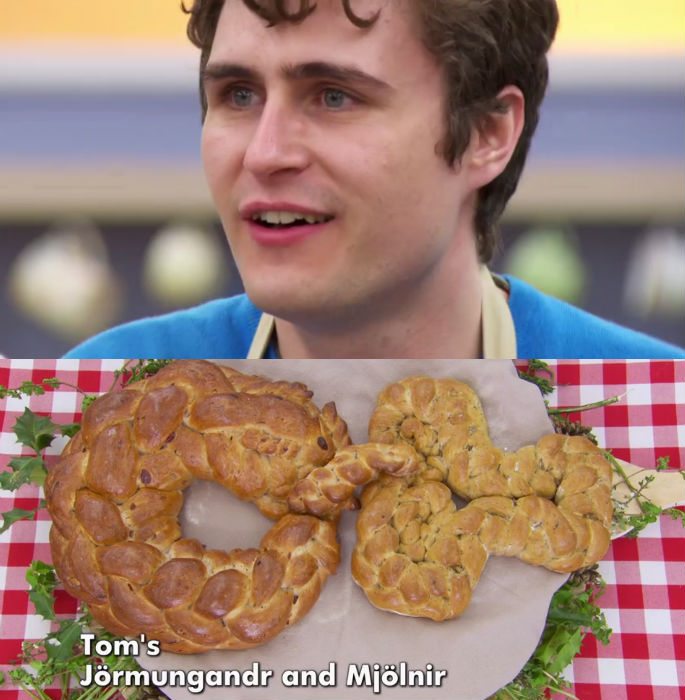 Known for using adventurous flavours, it seems his risk-taking spirit has finally paid off!

Michael has unfortunately been eliminated, after an unsuccessful attempt at mixing chilli in his chocolate bread and a less than impressive Showstopper.

Watch the fourth episode of Great British Bake Off on September 14, 2016 at 8pm on BBC One.

Why do Asians Love Superhero Films so Much?
Sunny Leone still Feels an Outsider in Bollywood