It’s the end of the road for British Asian baker Rav on The Great British Bake Off 2016, despite scoring well in the Technical Challenge on Botanical Week.

“Nice and crisp on the outside and soft in the middle.”

His first disappointment on Botanical Week comes from the Signature Challenge.

Despite attempts to stand out from the pack by adding tequila to his Mandarin Margarita Meringue Pie, its presentation and flavour profile fall short.

Judge Paul Hollywood comments: “I wanted more volume from it, a bit more height. It’s falling down the sides.” 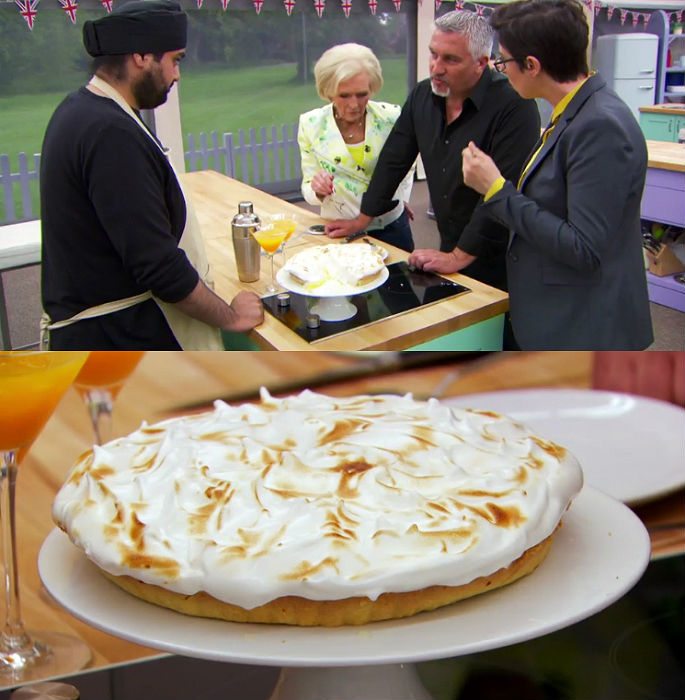 Yet, Rav comes through at the Technical Challenge – one that he failed miserably in the past three consecutive weeks.

He bakes a French bread called Fougasse, which Judge Mary Berry describes as: “Nice and crisp on the outside and soft in the middle.”

Rav is in third place, Benjamina in second and Tom, who won Star Baker in Bread Week, wins the challenge.

Unfortunately, Showstopper is where his true colours show but not in a good way!

His mission is to create a delicious and visually stunning three-tier floral cake in four hours.

Instead of making three different flavours for each tier, his Blossom Cake contains just one – an orange blossom, almond and vanilla sponge, covered with a layer of Swiss meringue buttercream. 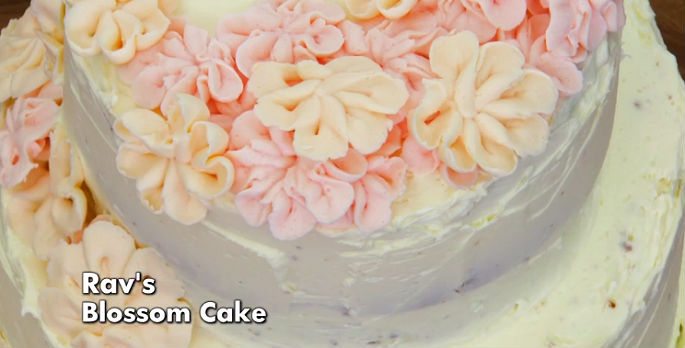 He adds: “I’m not much of a floral guy at all. So the fact that I’ve chosen to pipe my own buttercream flowers, I’ve really set myself a challenge here today.”

But if only he had chosen a more vibrant shade for his flowers, his cake would have left a more lasting impression on Mary, who says:

“I think the cake itself is not very creative. Same filling, same colouring.”

Paul, who is disappointed with the messy icing, feels the same way: “It’s just a bit samey.”

On that note, the hosts reveal Rav has been eliminated this week. 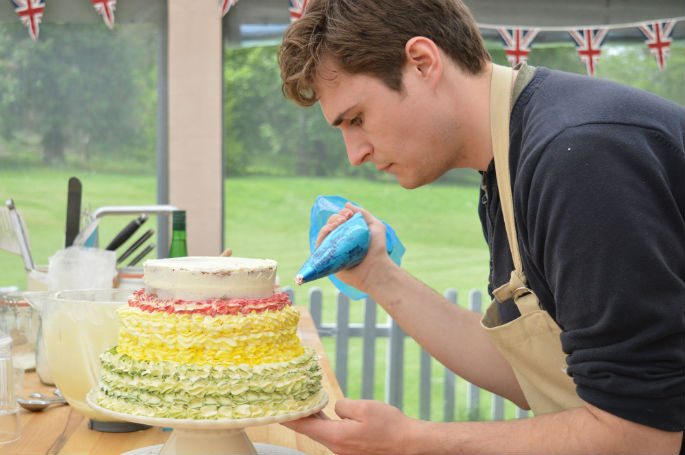 Selasi and Candice are worth a mention, as these two ambitious contestants also blow our minds with their floral masterpiece. Or in Candice’s case, an astonishing four-tier Four Seasons cake!

Watch the seventh episode of The Great British Bake Off on October 5, 2016 at 8pm on BBC One.

DESIblitz wishes Rav all the best in his future baking endeavours!