The stars of Dilwale, Shahrukh Khan, Kajol, Varun Dhawan and Kriti Sanon, took London’s Cineworld Feltham by storm as they arrived for a special promotional trip ahead of their film’s release.

“It was also fun to share the brother bonding with Shahrukh.”

This was ahead of the film’s official release on December 18, 2015. The trip included a press conference, interviews and a meet and greet with fans at Cineworld Feltham.

A huge mass of fans had gathered to see a glimpse of Bollywood’s finest at the meet and greet; some even waiting since 11am!

To the delight of the fans, the cast treated them to dialogues and danced to their songs ‘Gerua’ and ‘Manma Emotion Laage’. 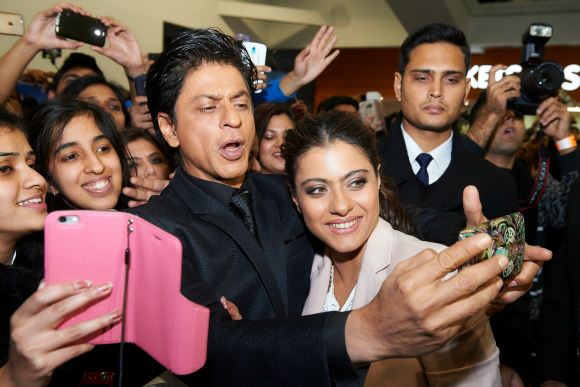 Dilwale has already created immense anticipation for a number of reasons – from the legendary pairing of SRK-Kajol scorching the big screen once again, to the ‘larger than life’ direction from the blockbuster filmmaker, Rohit Shetty.

Songs like the soothing, romantic ‘Gerua’, and the foot tapping ‘Manma Emotion Jaage’ have conveyed the awesome chemistry between the two parallel lead pairs, which are unique in its own way:

“I don’t think you can ever compare our Jodi with Shahrukh and Kajol. They are legendary,” says Kriti.

She describes her and Varun’s pairing as one of ‘our generation’. 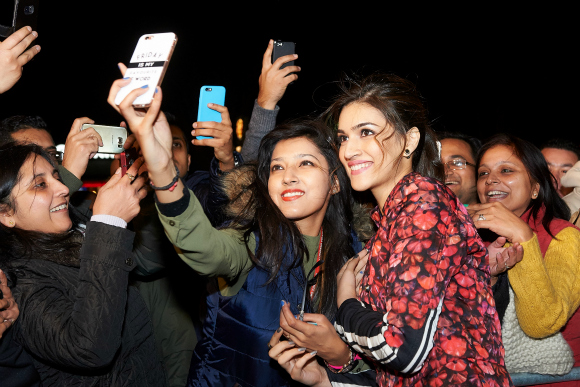 Shahrukh says: “Kriti and Varun have a sweet and lovable romance whilst Kajol and I have an intense, fast and furious romance.”

Varun adds: “There’s is a love story whilst ours is a lust-story!”

“The trailer was a montage of the sequences. We wanted the audience to feel intrigued that why after having worked with Kajol in numerous films, I am saying, don’t ever show me your face again,” explains Shahrukh.

“Kajol and I have been paired together in so many films but this will be different. It is important to reinvent us as each director has their own style but still believe in what was created.”

It will be interesting to see the legendary Jodi being portrayed in a new light. This is especially after British Film Institute recently put Kajol and Shahrukh as one of the world’s greatest couples. 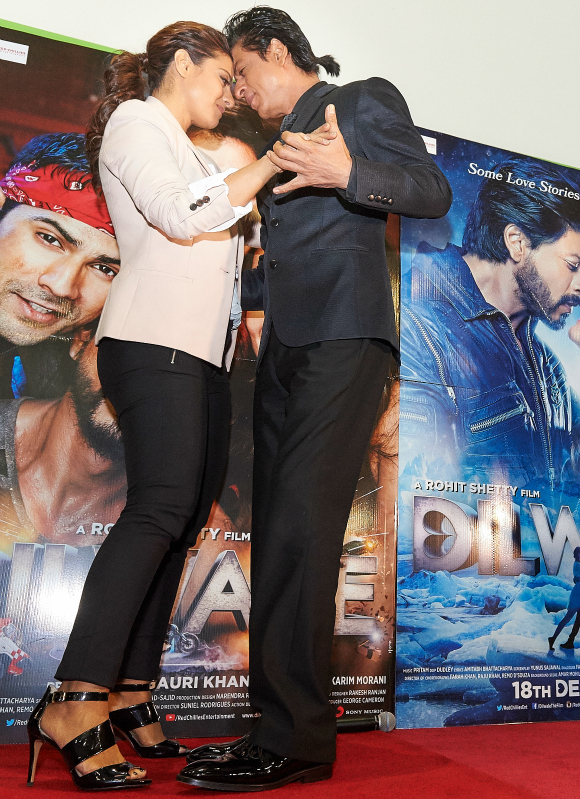 Kajol even revealed that her favourite co-star is actually SRK:

“We’ve been through each other’s journey from the very beginning with Baazigar. It was before stardom [came] and together took us to a place we didn’t expect.”

“I have too much fun working with him,” Kajol admits.

“It’s amazing to see that kind of energy, that passion, that wanting to do your best even at four-thirty in the morning.”

Varun spoke about what made him choose doing Dilwale and what he most looked forward to: “I got into acting for the joy of acting and to be part of different worlds. 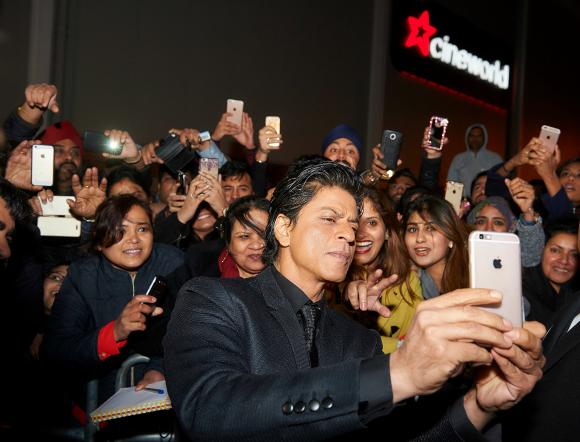 “The Rohit Shetty world is so different and I’m glad that I’m getting to play such drastically different characters,” he explains.

“It was also fun to share the brother bonding with Shahrukh.”

Kriti and Varun also revealed what characters they would be if they had to act in one of Kajol or SRK’s films. 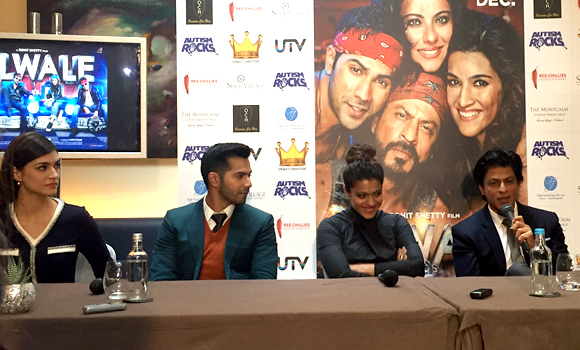 Varun also revealed that Kajol and Shahrukh were actually the naughtier and wilder ones when it came to working on set:

“They were actually the ones who wanted to party! Shahrukh and Boman would always try to convince us to join them to play on the Playstation 4.”

Dilwale is a family entertainer with a fiery culmination of action, romance and comedy, as well as a killer star cast worth seeing together.