Councillor suspended after Flying to Pakistan for Wedding

A Labour councillor has been suspended for allegedly breaching Covid-19 lockdown rules by travelling to Pakistan for a wedding.

"we will take action against any individual"

A councillor who allegedly breached Covid-19 restrictions by flying to Pakistan and attending a wedding has been suspended by the Labour Party.

Photos were shared on Facebook allegedly showing Manchester City Councillor Aftab Razaq at the wedding in the city of Kharian.

Under the current Covid-19 rules in the UK, travelling abroad for holidays and other leisure purposes is illegal.

In the photos, Mr Razaq was seen apparently ignoring social distancing and not wearing a mask, even though the rules in Pakistan state that it is mandatory.

Following the circulation of the photos, Mr Razaq was suspended.

Councillor Pat Karney, secretary of Manchester Labour, explained that he would “thoroughly investigate these matters”.

He said the Labour group had seen the photographs but “despite their best efforts”, they have not been able to contact the Whalley Range councillor.

It was revealed that Mr Razaq received a coronavirus vaccine in January 2021.

Mr Karney added: “All Manchester councillors must rigorously abide by Covid regulations and we will take action against any individual who does not.” 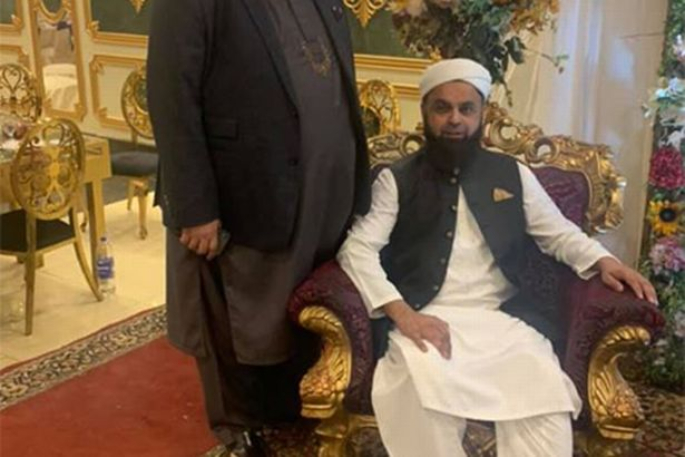 However, Liberal Democrat opposition leader John Leech said he was “flabbergasted” by the apparent breach and called for Mr Razaq to resign.

He said: “I can’t see how there can be any justification for a councillor to be travelling thousands of miles to go to a wedding and then for it to be put on Facebook which just sets a terrible example.

“Unless there is some explanation and I can’t come up with any reasonable explanation I think he should resign.”

This is not the first time that a councillor has broken Covid-19 rules.

He later apologised for his actions on BBC Radio Leeds. Mr Hussain had said:

“It was a breach of the lockdown rules and it should not have happened.

“I apologise to all the residents of Leeds who are enduring lockdown with such good grace and to everyone who is working so hard to keep people safe and our public services running.”

Judith Blake, Leader of Leeds City Council, condemned the breach. She had also expressed her concern about the increase in people breaking the rules.

She said: “Councillor Hussain recognised immediately how serious his actions were.

“I think the action we’ve taken is a very strong message that we expect everyone to abide by the regulations.

“It’s up to all of us to keep repeating what the regulations are.

“Clearly we’ve seen something of a breakdown in adhering to the regulations over the last couple of weeks.

“We are disappointed in that and the risk that could present to the public.”

Dhiren is a journalism graduate with a passion for gaming, watching films and sports. He also enjoys cooking from time to time. His motto is to “Live life one day at a time.”
Boris Johnson unveils ‘Roadmap’ out of Lockdown
Vaccinator accused of Vial Theft names Doctor in Case