"In the play, the marathon is more of a metaphor for life"

Birmingham Repertory Theatre (The REP) proudly presents Flying Solo – a must-see topical play, by writer and actress Manjeet Mann, about a British Asian woman who deals with the guilt surrounding the issues of not following the traditional ‘cultural route’.

Flying Solo, is Manjeet Mann’s story about a woman trying desperately to run from her past, proving that she can run, but wherever she goes, she still has to face herself sooner or later. A theme that transcends gender, race, class and culture.

DESIblitz had the opportunity to find out more about Flying Solo from Manjeet Mann, in an exclusive interview.

What prompted you to create Flying Solo?

In the beginning I wrote Flying Solo as my last ‘hurrah’ to the acting industry. I wasn’t really enjoying being in the industry anymore and felt like I needed to be doing
something more meaningful.

My other job was a personal trainer and I figured I was getting more enjoyment out of that, whilst making a real difference to the quality of my client’s lives.

I’d been talking about writing my own show for a couple of years so I thought I’d make my last acting project the solo show I’d always talked about but never written.

I’ve always been interested in how childhood traumas can affect adult mental health, which is one of the themes running through Flying Solo. It’s a personal story, which is why I’m so passionate about it.

I’ve had an overwhelming response from people of all ages and backgrounds.

It’s great to know it has a universal appeal and that it is a show that can help people. 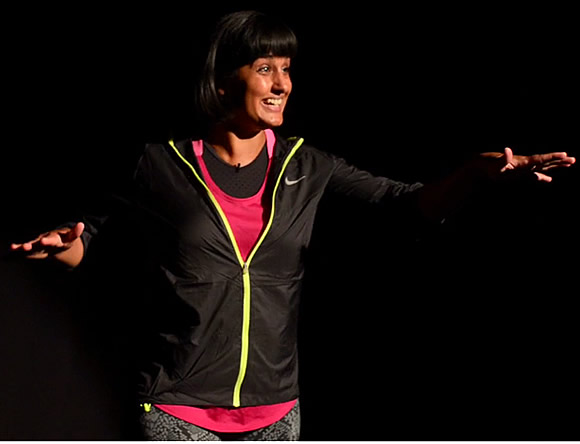 Tell us more about the inside story of Flying Solo

It’s about a woman who decided to find the courage within herself and go against following the path her parents had laid out for her.

It also deals with issues surrounding elderly care, lost childhoods and mental health. There are bits that are based on my childhood experiences, and when my father passed away I had a really difficult time. I didn’t realise it at the time but I was having a breakdown.

I was spending most of my days sleeping and figured I needed something to give me a reason to leave the safety of my bed.

I knew from my own training as a personal trainer that endurance exercise is excellent for mental health.

I signed up for the Edinburgh Marathon and didn’t look back. It turned my life around.

In the play, the marathon is more of a metaphor for life. The events that surround it are partly real.

Tell us about your roots. Where were you born, family, upbringing?

I was born in Walsall in the Black Country. I had a typical working class upbringing.

My dad was a miner and when the mines closed he worked in the steel works. My mum was a factory worker. We weren’t well off, far from it.

I’m the youngest of 5 sisters, I have no idea how my mother managed! There’s a line in the play “Six of us in a two bed council house”. That’s true. We slept top and tail like in Charlie and the Chocolate Factory!

What do you think stops most British Asian leaving home?

I think fear stops people doing a lot of things. If parents don’t want to let go of their children it’s usually to do with the fear of what might happen. It’s the fear of the unknown. It’s masked with statements like, ‘they might start doing drugs or get pregnant!’

I think it goes deeper than that. I was made to feel selfish and as though my love was somehow ‘less’ than family members that didn’t leave home. I obviously didn’t ‘care’ anymore, (none of this was true) and of course the ‘shame’ card is regularly played.

Moving away MIGHT bring shame on the family and therefore instilling fear into every young adult wanting to fly the nest.

It’s so heavily entrenched that I think you have to be pretty strong to fight against it. It’s difficult but life isn’t a rehearsal.

You’ve got one chance. You can’t live your life for anyone but yourself. That’s not selfish and you shouldn’t be ashamed to have dreams of your own. 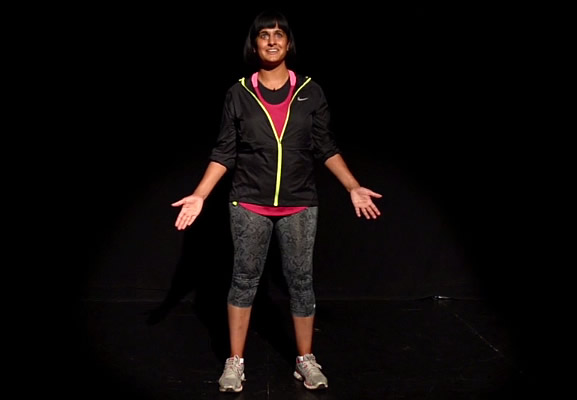 How supportive are your family of your career choice?

To say they were a little unsure at first is an understatement. But I don’t think that’s specific to being Asian. I have friends from all different backgrounds who share the same experience.

It’s just one of those careers that seem so uncertain, and parents are scared you’re going to spend your life struggling.

If you want it badly enough I believe you can make anything happen in your life. I don’t believe there is anyone stopping me or anyone else for that matter.

This industry is perhaps one of the toughest. I have had years where I’ve not stopped working and then the following year hardly anything. It’s the nature of the beast.

Since I’ve been focusing on making my own work lots more opportunities have opened up. So I’m feeling very lucky right now. I’ve had two years non-stop work and have a few projects in the pipeline that will come to fruition over the next couple years, which is the most important thing for me.

You have been involved with some amazing projects, what do you enjoy most? Writing, TV, Radio or Theatre?

Thank you. I’m really grateful for all the wonderful opportunities I have had. I love all of it!

I think I really enjoy making my own work. Maybe it’s because it’s the first time in my career that I actually feel in control of my future.

Before I was at the constant mercy of auditions, wondering ‘do they like me? Please like me! Please choose me!’

Now, when I write something I know I can produce it and put it in front of an audience. No one is stopping me. I’m in charge and that’s really liberating. 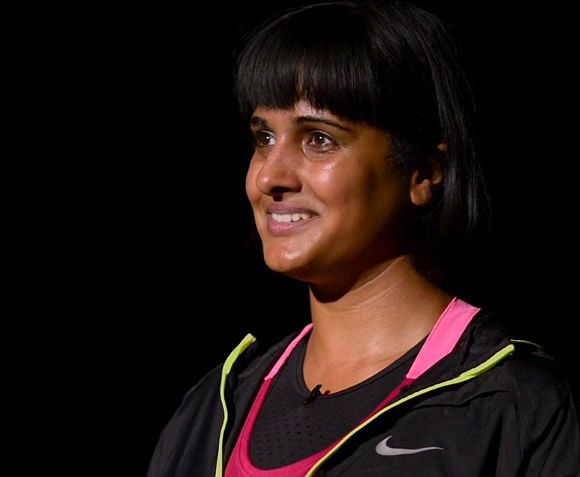 Why do you think Asians do not go to theatre as much as non-Asians, how can we change this?

I do think things have changed in recent years. I do see a lot more diverse audiences coming to the theatre.

I think the biggest thing that needs to change is that ALL theatre needs to be seen as universal and open to everyone.

Personally I feel that it is only when a play has a south Asian narrative that Asians are encouraged to see it ….”don’t go see the Chekhov that’s on next week that’s not for you…unless it’s set in India!” (I jest)

It’s about venues realising that all plays are for everyone and should be marketed as such.

I also believe that the British Asian theatre going audience needs to realise that it is not only plays with a south Asian narrative that are for them. Good theatre speaks to the human experience in all of us. It’s a two way street.

Tell us about what message your play will convey at The REP?

Flying Solo is a universal story, about childhood, growing up and mental health.

It’s ultimately uplifting in the end, so I hope it makes people feel that no matter what your past experiences you are in charge of your future.

Just like a marathon if you hit ‘the wall” you can choose to let it beat you or you can pick yourself up and keep going.

Flying Solo will be performed by Manjeet Mann at Birmingham Repertory Theatre from 25 to 27 February 2016. It’s a story and performance not to be missed and will surely realise a connection with your own life in some way.

Nisha has an intense passion for reading books, tasty cuisine and enjoys keeping fit, action films and cultural activities. Her motto is 'Don't put off until tomorrow what you can do today.'
Bare Lit Festival celebrates Ethnic Writers
5 Iranian Authors who you Must Read