Ranveer Singh lights up the Bigg Boss 9 stage with his cheeky smile, while lap dancers arrive to test how well the contestants can hold back their lust!

Prince remaines composed while Rishabh finds the dancer too hot to handle!

Salman Khan kicks off the eighth week by giving the team a chance to double their prize money.

They need to stay standing while holding  a rope attached to money. He reveals to the audience that Mandana has the winning bag.

Devils come into the house to shake things up by cutting the ropes and taking some of the housemates’ belongings to which Mandana is not happy!

Despite Kishwer, Prince, Suyyash and Rochelle holding the rope until the morning, they fail to double the prize money because Mandana leaves the task very early on.

On the second day of the week, the nation’s wish comes true as Rimi is eliminated. She takes a quiet exit without Salman’s usual welcome during his weekend show. 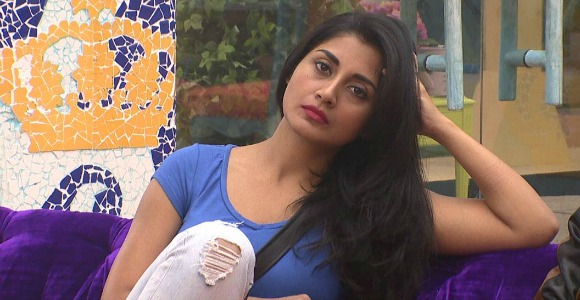 Maybe the Prem actor doesn’t have any love left to give to his once co-star after her antics in the house?

Prince sheds a tear and says: “She was a good person. We all taunted her a lot and she never retaliated.”

Can this be his guilt talking or simply a disguise to mask his relief that a housemate that is classed as a strong winner has finally been booted out?

They soon move on with the task which is all about fighting five fundamental emotions: ego, greed, lust, anger and laziness.

Kishwer and Suyyash are part of one team, whilst princes teams up with Keith, Rochelle and Mandana.

Shaving his head this week, the Punjabi boy changes in more ways than one.

He keeps well away from his buddies Kishwer and Suyyash, who comments on how he has noticed a sudden change in his behaviour. 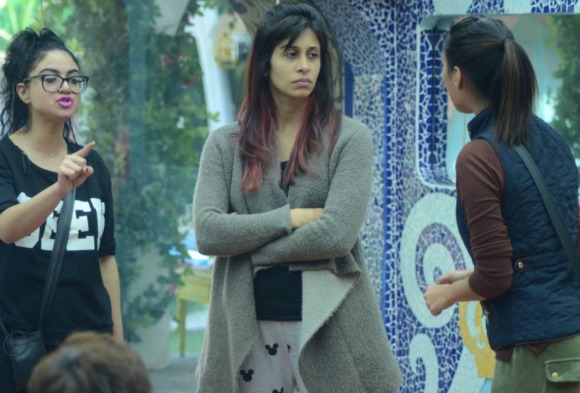 Kishwer becomes upset during a group discussion about Prince and Suyyash reminds the Roadie star of their brother-sister relationship that they have developed in the house.

However, the task creates a further rift between them as Kishwer and Prince argue relentlessly over task rules during the ‘angry’ task.

Sacrifices are definitely made as Priya is given the job of destroying housemates’ most precious belongings to test their ego.

Kawal’s glasses are smashed to pieces by the Captain, whilst Mandana’s expensive jewellery gifted from her boyfriend’s mother is sabotaged.

Now Mandana isn’t one to let things go quietly and taunts Priya saying: “You must be loving this.”

It is a tough week for the Iranian model as her popularity continues to soar. She tries to distance herself from the group due to backlash from an aggressive Rishabh and others such as Kishwer.

Her friend Rochelle tries to come to her rescue on several occasions. But they soon clash when Rochelle refuses to do chores later in the week.

Heart rates gets racing when Prince and Rishabh are put to their ‘lust’ test during the end of the week. 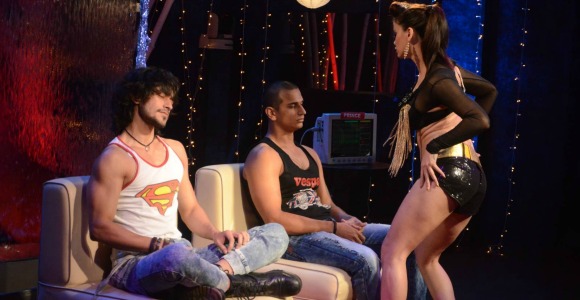 A dancer performs a lap dance and stops at nothing to seduce the pair individually.

Prince remaines composed while Rishabh finds her too hot to handle, as his heart beat crosses over 150 at one point!

His team goes on to win the task, much to the dislike of the opposing team.

The highlight of Salman’ show is the arrival of the charismatic actor, Ranveer Singh! 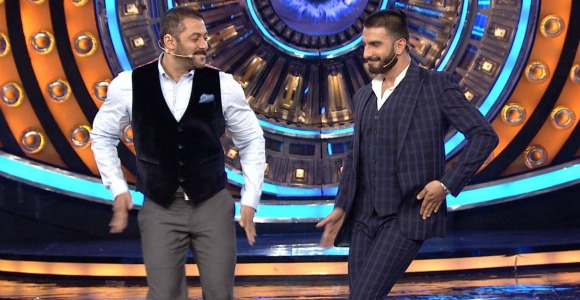 The film’s director, Sanjay Leela-Bhansali, has always wanted Salman to star in a film with Aishwarya Rai. But after their real life love affair ended, so did their on screen collaboration.

Salman jokes: “I was meant to be where you are standing today, you stole it from me.”

Well, the ‘Gunday’ dares to ask Salman to reminisce through singing ‘Tadap Tadap ke iss Dil’ from his hit film alongside Ash.

Monday’s show shocks housemates as Salman tells them they have to evict the nominees through a ballot system for the first time ever.

Digangana looses over Suyyash and leaves the show. She is replaced by two hotties who will enter the house later in the week. 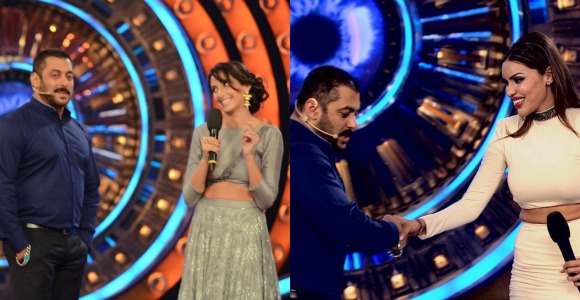 Nori Fatehi and Gizele Thakral are both models and are hoping to share ‘love’ in the house.

Let’s see if they manage to stir things up with the boys!