Is Coffee now known as the new Tea?

Coffee now has been rapidly climbing up the popularity ladder in recent years. For many, it is now the beverage of choice, over classic drinks like tea. But why is this the case?

In the UK, 70 million cups of coffee are drunk every day.

Most Asians are known as avid tea drinkers. But recently, coffee now has become increasingly popular among newer generations.

Now it is an extremely sought-after beverage in both Asian households and on the go.

The term, ‘meeting for a coffee’ has become almost ingrained within our social vocabulary. The rise of coffee drinking could be down to a number of things.

There are a number of studies that show coffee has many health benefits and research has shown that there are more and more people that lean towards it rather than tea. In the UK, 70 million cups of coffee are drunk every day.

According to their research, there are over 80 countries in the world that grow and produce coffee beans. Some of the main countries are Brazil, Colombia, Costa Rica, Côte D’Ivoire, Ethiopia, Hawaii, Guatemala, India, Indonesia, Jamaica, Kenya, Mexico, Peru, Tanzania, Vietnam, Yemen, and Zimbabwe.

According to Mintel’s latest report (August 2011):

With chains opening on every corner, there are countless different types of coffee beverages being developed; many shops also have their own signature style.

Some of the most popular coffee beverages include the following. 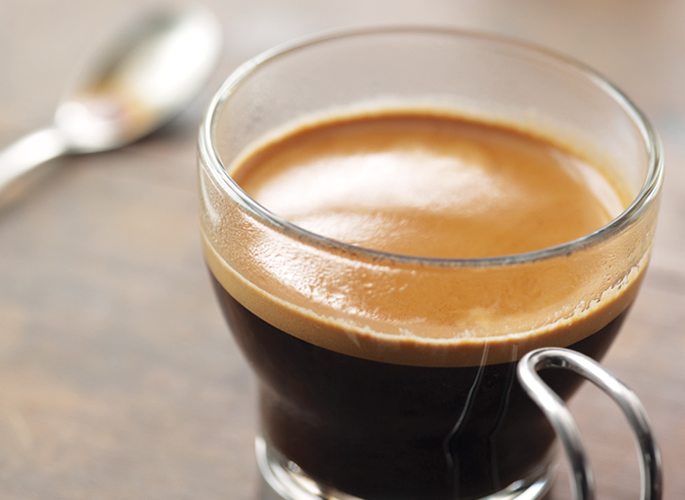 Espresso is a strong black coffee made by forcing steam through dark-roast aromatic coffee beans at high pressure in an espresso machine. It takes roughly 42 beans to make an espresso.

It’s risen in popularity since the 1980’s. In the US, cafés serve many different types of espressos by adding whipped cream, flavour extracts, soy milk, and spices.

For those who need a quick wake up call then espresso shots might be your answer. This is often the answer to those who have had lack of sleep and need a boost of energy. 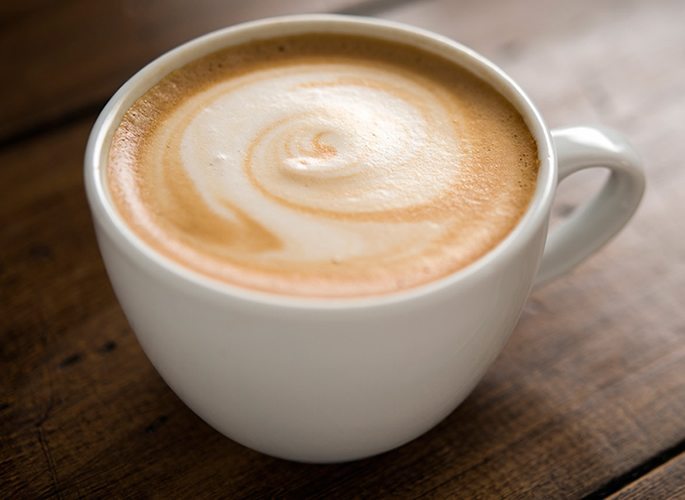 A true Italian cappuccino is a combination of equal parts espresso, steamed milk and milk froth and can be doubled up as a dessert for after dinner.

Especially in Australia and Western Europe, cappuccino is popular at cafés and terraces during the afternoon and in restaurants.

It’s also a new experiment for artists, where the textured milk is gently poured in and finished with a pattern in the surface crèma, known as latte art. 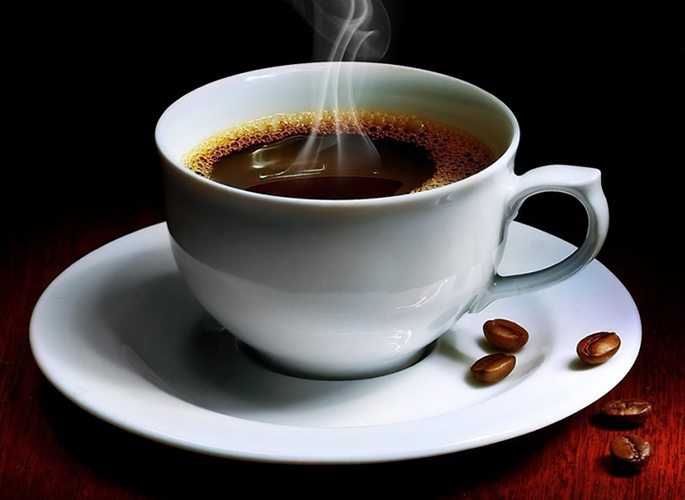 Americano is a single shot of espresso added to a cup of hot water.

It varies with the number of shots of espresso and the amount of water added, so this can also be used to keep your energy going.

There are a number of variations including the Iced Americano, a Lungo (made by extracting an espresso shot for longer giving more volume, but also extracting some bitter flavours).

A Caffè Crema and a Red Eye (made with drip coffee instead of hot water, and may be called a shot in the dark) are other options. 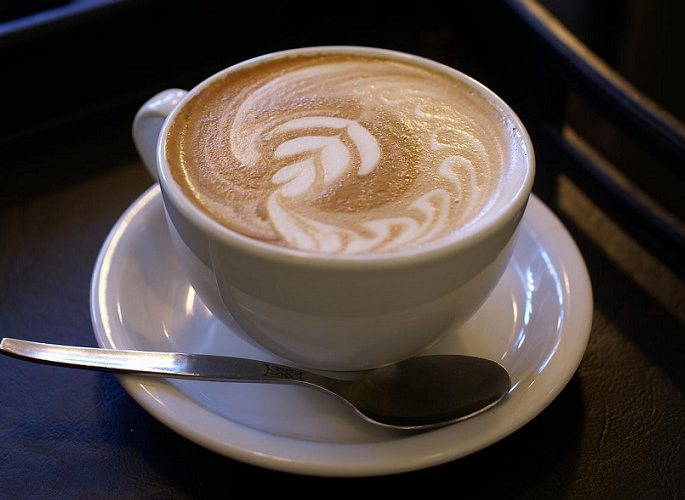 A café latte is a single shot of espresso to three parts of steamed milk and has a stronger coffee flavour.

In Italy, café latte is almost always prepared at home, for breakfast only, however it is consumed at all times around the world.

It’s similar to a cappuccino but it’s not often used as a dessert.

It’s perfect for those who need a warm, relaxing beverage. 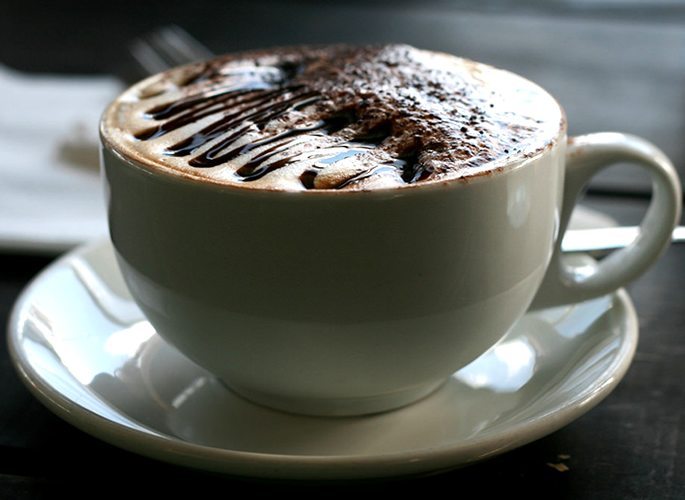 This is a variant of a café latte with chocolate syrup or powder added and was inspired by the Turin Coffee beverage.

It differs from hot chocolate in the sense that it is mixed with a shot of espresso so it carries a coffee flavour. 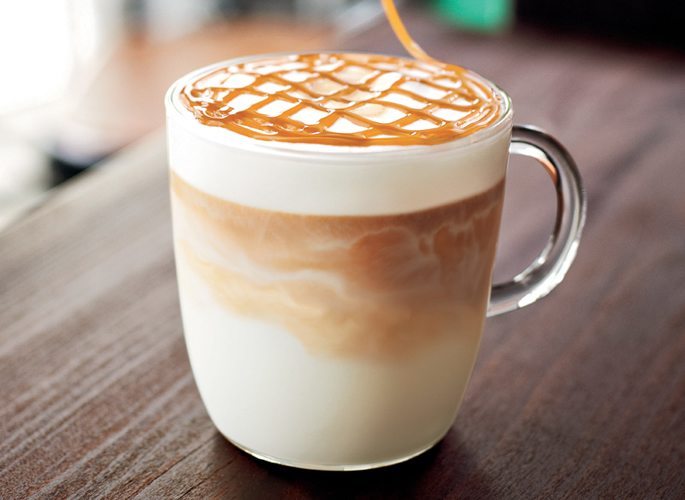 This is prepared in many different ways.

However, the most common method is combining espresso, caramel and foamed milk, though some may use steamed milk.

So why is coffee now becoming the go-to drink for Asians rather than tea? In terms of business, well-known coffee bars such as Starbucks have been on the rise overseas, and are drawing in more and more Asians who are turning toward the love of coffee.

In addition, the motivation behind the Asian coffee culture is moving towards the US culture in the sense that in the US, most individuals are looking to spend time drinking coffee now as a social interaction. The opening of more Western style coffee shops brings this culture to South Asia.

A new study has claimed that drinking three cups of coffee daily can reduce the risk of developing liver cancer by more than 50 per cent.

Coffee consumption also reduces risk of hepatocellular carcinoma (HCC), the most common type of liver cancer by about 40 per cent. This is according to an up-to-date meta-analysis published in Clinical Gastroenterology and Hepatology, a journal of the American Gastroenterological Association.

“The favourable effect of coffee on liver cancer might be mediated by coffee’s proven prevention of diabetes, a known risk factor for the disease, or for its beneficial effects on cirrhosis and liver enzymes.”

Coffee now is by far the most popular drink around the world with over 400 billion cups consumed each year. While there are health benefits there is continuous research being carried out.

So why is coffee such a favourite? It could be the busy lives of people with time-consuming careers that drive them to drink it to refresh them, or the variety of choice and the different types of drinks available. Or else, it could be that, instead of tea, coffee now is just simply the new fashionable beverage of choice!

Meera grew up surrounded with desi culture, music, and Bollywood. She’s a classical dancer and mehndi artist who loves everything connected with the Indian film and television industry and the British Asian scene. Her life motto is “do what makes you happy."
Best Street Food of India
Desi Christmas Recipes