A table tennis coach has been suspended, pending an inquiry after shocking CCTV footage from a hotel showed him allegedly fighting with an under-15 female player late at night. A player in the video clip has also been suspended.

"We are really unhappy about the nomination of a 19-year-old as coach."

The Chhattisgarh State Table Tennis Association has suspended a table tennis coach after shocking CCTV footage from a hotel in Andhra Pradesh showed him in confrontation with a junior under-15 female player.

The incident occurred just before midnight on 25 December 2014 during a sub-junior table tennis competition held in Rajahmundri, Andhra Pradesh.

The coach who is allegedly a nineteen-year-old man and the female player in question along with other teammates all belong to the Chhattisgarh table tennis team.

The widely circulated CCTV footage that sparked controversy and embarrassment for the national federation clearly shows the female player being dragged into the room of the coach for a brief while. 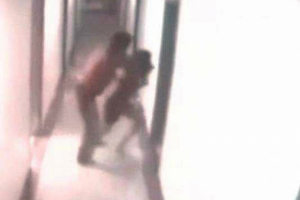 The female player is seen fighting the coach, whilst the other girls are also visible in the corridor.

State Association officials have played the down the incident, saying nothing indecent happened and they were only joking when the girls mobile phone fell down as she went to pick it up.

After the footage went public, the association’s secretary Amitabh Shukla stepped down from his position for moral reasons.

The most surprising thing here is that no female coach accompanied the team. According to the federation it is mandatory for a female coach to accompany a ladies team.

The national association has taken serious note of the incident. The Table Tennis Federation of India (TTFI) has formed a three-member committee to investigate the matter thoroughly.

Officials from the state and national governing bodies have given their perspective about the incident.

“I got a report of this incident on December 31. It occurred on the night of December 26. We found out that the player and coach were fighting over a mobile phone, which was seen on the CCTV footage. This is a fight over a telephone and nothing else.”

“We have suspended both coach and the player until inquiry”

Giving his reasons for why the coach and player was suspended, Shukla added:

“We have suspended the coach because under his supervision the girls were still moving around late in the night. It was his responsibility to ensure the girls were inside their rooms.

We will also take strict action against the player, once the inquiry has been completed.” 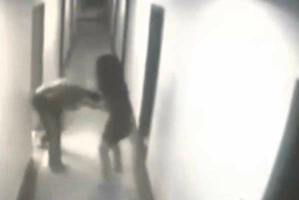 Citing this as an unfortunate incident, Dhanraj Choudhary, General Secretary of TTFI said:

“We have asked for an independent and neutral inquiry. We are really unhappy about the nomination of a 19-year-old as coach. We will take a serious view and will take action.”

“We have an executive board meeting on January 17. We will discuss this matter there,” he added.

The TTFI is quite disappointed with the way this matter has been handled by State Association officials.

Even if this was a minor incident as suggested, it’s quite shocking that a young nineteen-year-old man was appointed as coach by the State Association. Shukla has told the media, that the girls were not alone and were accompanied by their parents.

The names of the male coach, female player and her teammates have not yet been revealed.

Faisal has creative experience in the fusion of media and communication and research which increase awareness of global issues in post-conflict, emerging and democratic societies. His life motto is: "persevere, for success is near..."
Amir Khan calls out Floyd Mayweather on Twitter
Record Breaking Super Marathon Man Ziyad Rahim