British Asian boxer, Amir Khan has fired his latest jab in a campaign to fight Floyd Mayweather. Khan has been lobbying for the fight since 2013, but Mayweather has rejected offers because Khan “isn’t a big enough name.”

“I know I’m touching distance away from that superfight. I think I’ve proven myself many times."

Amir Khan has taken to Twitter for his latest jab at WBC/WBA welterweight and junior middleweight champion, Floyd Mayweather.

Khan posted a photo of him holding a placard that read: “#MYGOAL To beat Floyd Mayweather in 2015.”

However, Mayweather has been vocal about his intentions to fight WBO champion Manny Pacquiao, in a match that boxing fans have been clamouring for, for some time.

The British fighter has been lobbying for a showdown with Mayweather since 2013, and could get his wish if Pacquiao and Mayweather can’t come to an agreement.

Khan is currently ranked as the number one contender for the WBC title and has recently moved up to welterweight, winning his two fights against former champions Luis Collazo and Devon Alexander.

Mayweather had previously claimed Khan wasn’t a big enough name for him to fight. In a scathing attack at the World Boxing Council convention, he said: 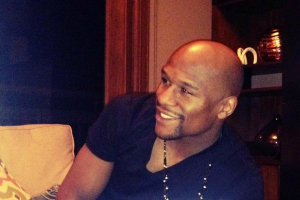 “The other night I think he did 4,000 [attendance]. So Amir Khan, his name holds no weight. No one knows who Amir Khan is, except for people who are involved in boxing.

“My focus is Manny Pacquiao. Let’s make it happen.”

However, there are suggestions that Mayweather’s apparent reluctance is because he is uncertain he will win, and the ramifications of a loss to Khan would have on his reputation.

Khan making a scathing attack on his American opponent said: “I think these are little excuses. I’m sure people realise that. It seems he doesn’t want to fight me. I have the speed, dexterity, accuracy, movement, power; I think it’s something that he doesn’t really want to mix with.”

He also commented on Mayweather’s remarks about his reputation, saying: “I want the fight, but is Floyd going to take the fight with me? We’re all waiting to hear from Floyd Mayweather.

“I know I’m touching distance away from that superfight. I think I’ve proven myself many times and I think this time I’ve proved myself in the biggest way so he has to take the fight.”

“What else do I have to do? I have a bigger name than Robert Guerrero, Marcos Maidana or Victor Ortiz. I’m one of the biggest names in boxing. If I brought Floyd Mayweather to Britain, we would sell out Wembley. How big does he need my name to be?”

Amir Khan has also hinted at a willingness to fight Pacquiao. He pulled out of a fight in December 2013, hoping to fight Mayweather in 2014 and has told promoter Eddie Hearn he would refuse a fight with IBF champion Kell Brook. 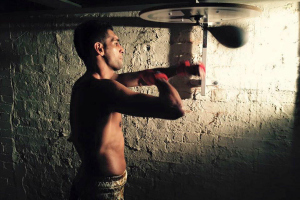 “I’m not really interested in the Kell Brook fight,” said Khan. “I’m looking at the biggest names in boxing. Floyd Mayweather, Manny Pacquiao, I think that’s where I belong. If the fight doesn’t happen with Floyd then maybe Pacquiao is another option.”

Khan also made headlines towards the end of 2014. The boxer pledged to donate his £30,000 shorts to raise funds for the victims of the Pakistani school massacre in December.

The boxer was vocal during his time in Pakistan, saying: “Talking about this stuff could be threatening for me, but I just want to speak the truth and tell people what is happening is wrong.

“I think it’s more important now than ever to go over there. I think it will send a statement to a lot of people that Amir Khan is going there to make a difference.

“I want it to be a better country. It’s just a shame – I cannot believe how sick some people are.”

For now the question on everyone’s mind is who will Khan fight next in the boxing ring.

At this moment of time it seems unlikely he will get the fight with Floyd Mayweather. Amir Khan might just have to settle for second best and fight Manny Pacquiao or Kell Brook.

Either way, fans are expecting to see a real big fight in 2015.

Zak is an English Language and Journalism graduate with a passion for writing. He is an avid gamer, football fan and music critic. His life motto is “Out of many, one people.”
Imran Khan marries Reham in private ceremony
Table Tennis Coach suspended over CCTV footage