Jamie Vardy shatters the Premier League consecutive goal scoring record but his team had to settle for a draw against a formidable, but uninspired, Manchester United.

Jamie Vardy is undoubtedly the man of match, moment and season thus far

Leicester City’s Jamie Vardy made all the headlines on Saturday 28th November, 2015, as he scored for the eleventh game in a row, aptly against Manchester United.

However, the end result of a draw meant both teams missed out becoming the league leaders.

It was at the 24 minute mark when the game really came to life and records were shattered.

Having a corner against Leicester is like playing Russian roulette; more of often than not this season we’ve seen these moments have been when the tigers have been most lethal on the counterattack.

In this case, following an unsuccessful corner by Manchester United, a quick release by Kasper Schmeichel to Christian Fuchs saw the midfielder run fifty yards before releasing a perfectly weighted pass to Vardy.

Vardy didn’t look up once, prior to driving the ball into the bottom left hand corner.

For the equaliser, the corner roulette was kind to Manchester United on this occasion. Bastian Schweinsteiger left his man marker, Okazaki, for dead allowing the German to drive the ball home through a powerful close range header. 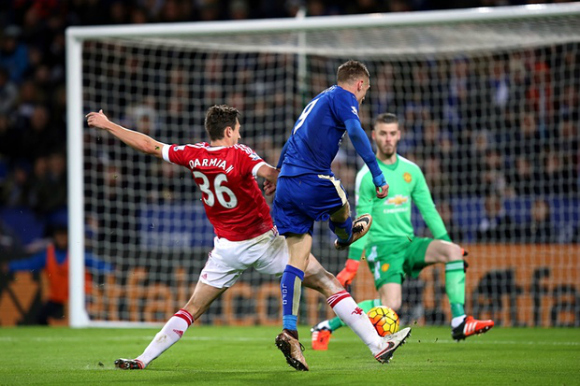 Despite both teams providing entertaining attacking displays after the break neither could break the deadlock and the match ended in a stalemate.

Jamie Vardy is undoubtedly the man of match, moment and season thus far. What is most impressive about the Leicester forward is his fearlessness.

You would think a man in his debut premier league season would be a bit nervous when it came to breaking a record such as this but nothing could be further from the truth.

There were no signs the striker was fazed by, what some would see as, potential daunting pressure. Sure enough he netted mid-way through the first half sporting golden boots.

Manchester United are certainly lacking the attacking spark their opponents have demonstrated throughout the season.

So many times on Saturday we saw United, who historically have been dominant in the final third, pass the ball lackadaisical from side to side looking for a miracle killer pass.

There were no options for the midfielders due to lack of movement up front and it seems like the wingers are afraid to put a ball into the box.

Questions were raised, once more, regarding Wayne Rooney but he and Martial were so far apart on the pitch, perhaps out of respect for Leicester, prioritising defensive pressure over attacking impetus; certainly not the United way. 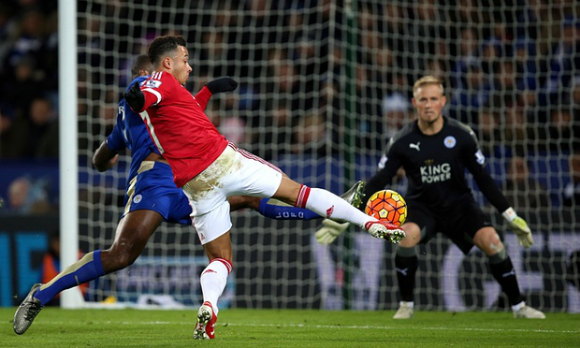 Can Leicester Keep Up This Momentum?

Where many so called ‘smaller clubs’ have crumbled in the second half of the season could Leicester be the first team to buck the trend.

In recent memory Hull and Swansea had similar beginnings but faltered due to lack of depth.

Another concern is that the Tigers have only kept two clean sheets all season and it is questionable just how long they can keep operating on the ‘we’ll score more than you’ tactic.

Next Fixtures for Both Teams

Indian Super League 2015 Football Round Up
How did Force India F1 perform in 2015?