Indian Super League 2015 Football Round Up

As the Indian Super League 2015 season draws to a close it really is anybody’s game at the top of the league with just four points separating 1st from 5th.

The Indian Super League has taken over India, inviting footballing stars from across the globe.

From soccer fans to Bollywood stars, thousands have flocked to witness some of the biggest talents of the beautiful game fight for a position at the top of the league.

For the uninformed, the Indian Super league or ISL operates under a franchise based structure.

It is akin to a hybrid of America’s MLS league and the IPL cricket Twenty20 league with no promotion or relegation and having eight teams that participate in the competition.

Those who finish in the top four proceed into a two-legged semi-final affair and the victors of those respective matches enter the final, which will decide the season’s champions.

Chhetri’s claim to fame is being India’s only player with a face on FIFA’s squad selection screen for many years. 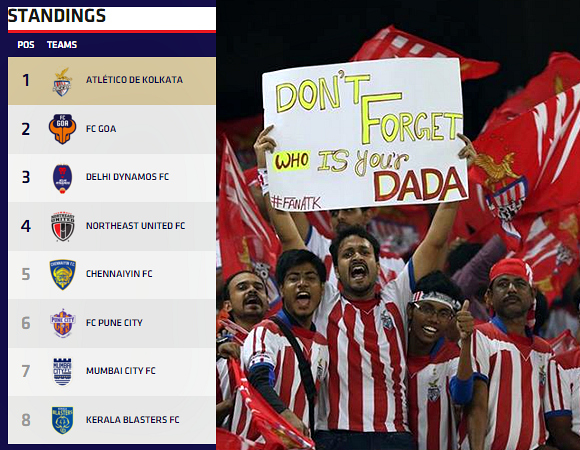 The Season So Far

Atlético de Kolkata were 2014’s winners and currently sit atop the league table, so some would consider them the bookie’s favourite.

However, attempting to predict the correct outcome for an ISL match is a near impossible task because the season is only 14 games long which, comparatively speaking is just the first course of the English Premier League season.

It is usually after the first ten to fifteen games where teams begin to settle into a rhythm. Patterns emerge and pundits will start to make their solidified league predictions for the remainder of the season. 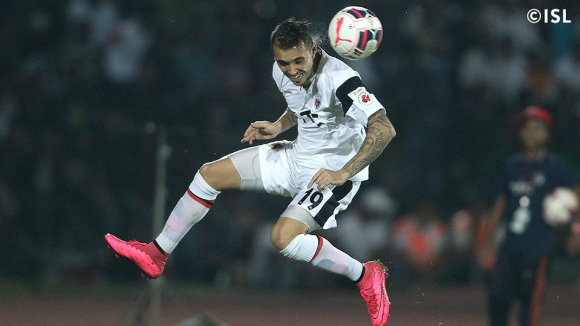 Due to this structure, which has divided opinions, the form of every team is erratic to say the least.

A quick glance at the league table demonstrates this as even Kerala Blasters FC, who sit at the foot of the table, have managed a couple of recent wins out of nowhere.

The only trends in the last five games has been Pune City’s decent down the table into 6th place with a poor run of three draws and two losses.

Also, Mumbai City FC’s wet patch of two draws and three losses which, unless a minor footballing miracle occurs, should rule them out of the semi-final spots, but football is a funny old game. 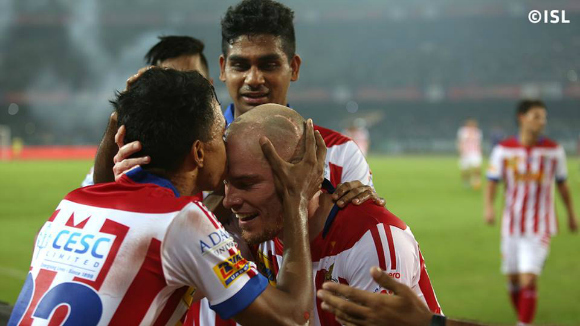 The top five teams are seemingly the most realistic contenders for the play offs and in descending order they are: Atlético de Kolkata, FC Goa, Delhi Dynamos, Chennaiyin FC and North East United.

Both Atlético and Chennaiyin FC are entering the final few hurdles on the back of two victories, and Chennai boast the league’s top goal scorer in John Stiven Mendoza Valencia.

Valencia is a loanee from Corinthians netting nine goals this campaign; four strikes ahead of anyone else this season and will surely be a deciding factor on the success of his team.

On paper, FC Goa lack quality in their ranks compared to their competitors with the only names of note on their team sheet being Flamengo legend Leonardo da silva Moura and his compatriot Lucio.

But the team are managed by none other than Zico and his genius certainly seems to be transferring onto the pitch.

Contrastingly, Delhi Dynamos look to possess the most well-rounded team of the league led by Roberto Carlos as player and manager.

He is joined by a fellow left back thunderbolt John Arne Riise, Antonio Santana, Adil Nabi (West Brom loanee) and Florent Malouda who has the most assists this season. 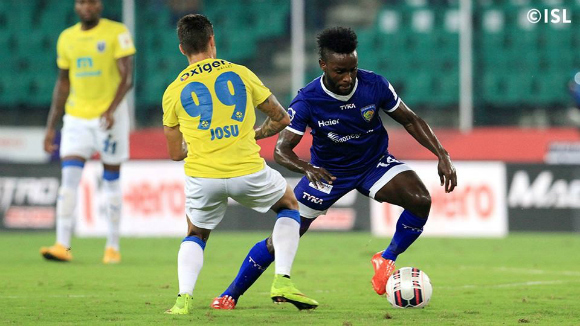 It was North East United who opened the scoring after Victor Mendy headed in from a Simao corner in the 56th minute.

But the effort was cancelled out ten minutes from time when Leo Moura’s pass inside the box found Reinaldo whose driven shot nutmegged the keeper.

The match ended in a draw, which is a fair result considering how even the teams were in terms of possession or chance creation and after a lacklustre first half. It was great to see the two teams put on a tremendous attacking display following the break.

Although, it was the result neither team wanted as a win for FC Goa would have put them at the top of the league and if North East claimed the victory it would have significantly aided their play-off contention.

North East have leapfrogged Chennaiyin FC, however, putting them in fourth place for now. 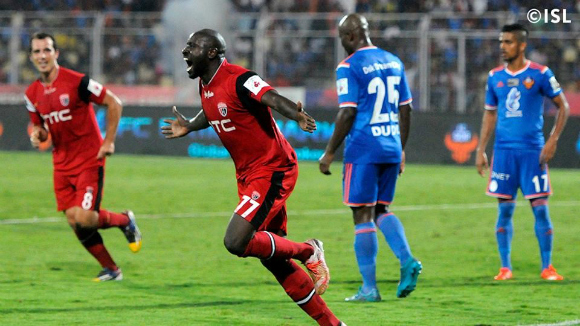 The top five teams only meet twice in the remaining ten fixtures. Both ties feature Delhi Dynamos in an away trip to North East United and a home tie versus FC Goa which is the final game of the season!

Delhi also face Kerala Blasters and, with their recent resurgence, they could prove to be a in a spanner in the works.

Therefore, it seems the Dynamos face the hardest run in out of the semi-final contenders. As previously stated, this league is near impossible to predict, but the second season of the Indian Super League will undoubtedly have an exciting conclusion.