Can the UK’s most Asian populated city really win the English Premier League? DESIblitz explores Leicester’s chances, and how they’ve got there.

"We have to remain calm, concentrate on the matches and make performances."

The English Premier League is considered to be one of the most competitive, entertaining, and difficult footballing leagues in the world – and Leicester City FC are top of it.

Incredibly, the little known football club from the East Midlands, are on the verge of beating Chelsea, Manchester United, Liverpool, Arsenal, Manchester City, and Tottenham Hotspur to becoming the champions of England.

Should they be able to hold on for the remaining weeks of the season, their achievement will undoubtedly be written in to footballing folklore.

Manager, Claudio Ranieri says: “We have to remain calm, concentrate on the matches and make performances. Match after match. That’s our job.”

Leicester hosts the largest Diwali festival celebrations outside of India, but how has this densely Asian populated city found themselves in this position, and more importantly, can they actually become champions of England 2015/16?

Across the continent, Europe’s biggest football clubs are again looking set to become domestic champions of their respective nations. 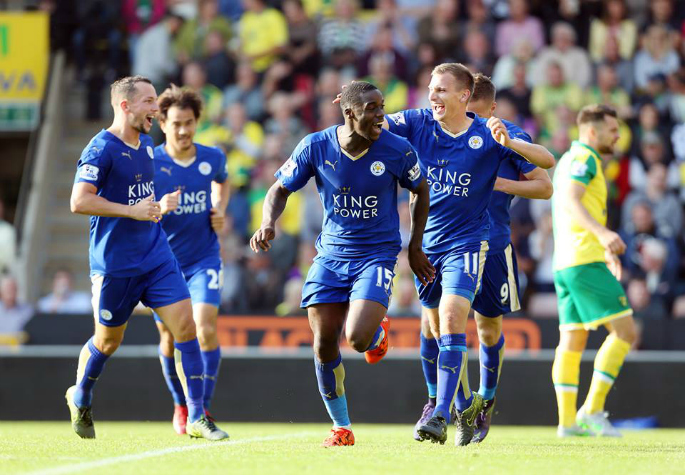 The club only confirmed promotion in to England’s top division two seasons ago on April 5, 2014.

A year later, on April 7, 2015, Leicester City found themselves bottom of the Premier League. They were 7 points from safety, and looking set for relegation.

However an amazing run of 6 wins, a draw, and a single defeat from their remaining 8 fixtures saw the club end respectively in 14th place.

Fast forward another year, and as of April 7, 2016, the club find themselves 7 points clear at the top of the same league. A truly roller-coaster three years.

“The pressure was last season when your backs are to the wall, fighting for your lives. That was real pressure. This is just great, we are enjoying this.”

Harvey, a third generation British Indian from Leicester reiterates this. He says: “It’s been an absolute fairy tale. At Christmas last season, we were bottom of the league and certain to go down. Now we could be champions of England for the first time ever in our history.”

Ronny Sharma, an Aston Villa fan says: “I hope they win it because it’ll restore my faith in English football. That hard work and an excellent team spirit can triumph over the green paper.” 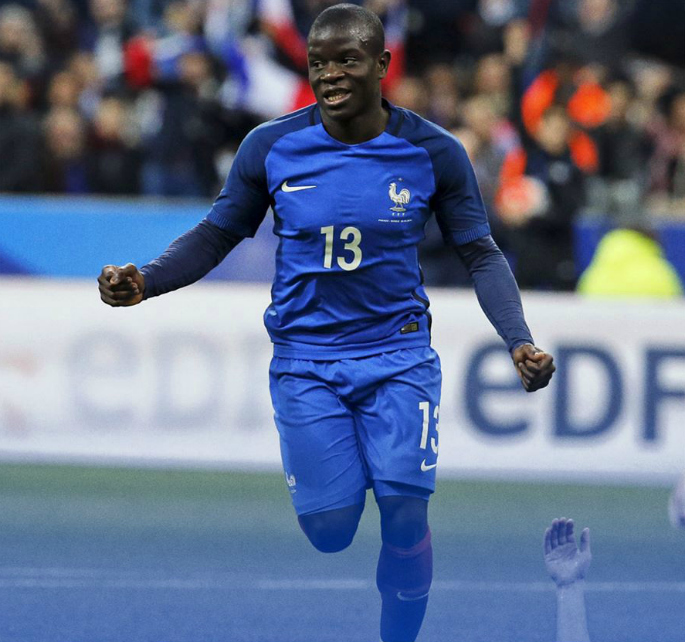 Leicester City have won 20 of their 32 games so far – 3 more than both Manchester City and Tottenham Hotspur.

Between April, 2015 and April 2016, Leicester have accumulated 91 points – 18 more than any other club. Also over the last 12 months, only four teams have prevented them from scoring. Three of those were still point gaining draws.

That means they have scored in 36 of their last 40 league games. Do you still deny their credentials to be Premier League winners?

Importantly, their season began well on the opening day. A 4-2 home win against Sunderland provided them with impetus for the season ahead.

December 2015 presented Leicester with some tough fixtures. However, a 2-1 home victory over reigning champions Chelsea, followed by a 3-2 win over Everton at Goodison Park made everyone aware of their abilities. 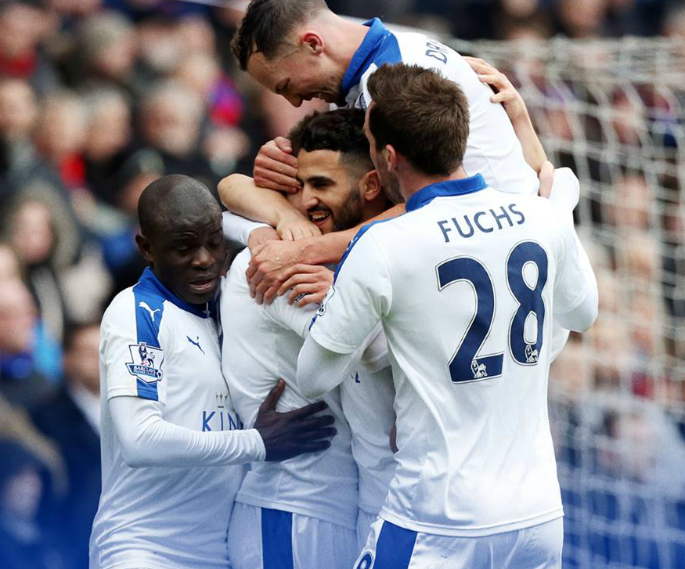 Following a defeat to Liverpool in the same month, they then faced Manchester City at the King Power Stadium, and were able to avoid defeat against one of their main title rivals, drawing 0-0.

After going 4 games without a win, critics began to whisper about the collapse of their campaign. However, in January 2016, Leicester beat fellow title challengers, Tottenham, to end that run.

Soon after, they secured a stunning 3-1 away victory over Manchester City to truly underline their title credentials. Their next game came against Arsenal at the Emirates.

Leicester were reduced to 10 men, and denied a draw by a last-gasp 95th minute winner by Arsenal’s Danny Welbeck. The goal threw the title race wide open.

Leicester have since responded brilliantly to win 5 and draw 1 of the 6 matches since then, while Arsenal and Manchester City have faltered.

At the start of the season, the club appointed former Chelsea and Greece manager, Claudio Ranieri.

The Italian was sacked by the Greek FA after they were embarrassingly beaten in a UEFA Euro 2016 Qualifying match against minnows, Faroe Islands.

That misfortune did not follow him to Leicester though, and the club continued from where they left off the season before. Ranieri, was named as the Italian Coach of the Year on April 6, 2016, indicating just how well he and the club have done. 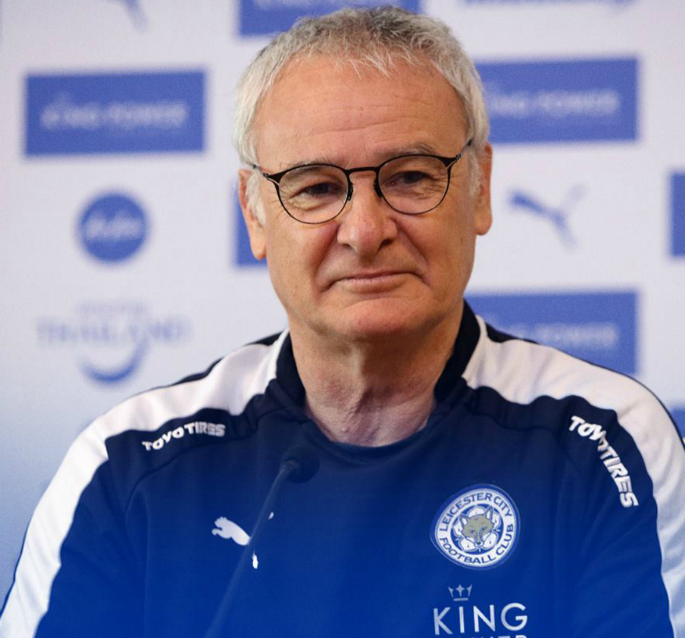 Ranieri was involved in the transfer of N’Golo Kante, who many have described as one of the best signings of the season. Prior to their arrivals, the club had brought in experienced defenders Robert Huth and Christian Fuchs, as well as the energetic striker, Shinji Okazaki.

Sukh says: “Huth and [Wes] Morgan have been rocks at the back. All the forwards can feel the presence of big Huth.”

Jamie Vardy and Riyad Mahrez have been arguably Leicester’s most important players though. The duo have scored 35, and assisted 17 between them.

Vardy also broke a Premier League record by scoring in 11 consecutive league games, while his club scored in each of their first 17 premier league games. Kante, Vardy, and Danny Drinkwater are just some who have been recognised for their efforts, and were included in the latest national team squads.

The Leicester team spirit is clear for all to see this season. Striker, Leonardo Ulloa says: “Were like a family.”

And their fans are behind them. Manish from Oadby says: “If we win the league, what I’m looking forward to most is the open-top bus parade through the city! It will be like being in heaven for a day!” 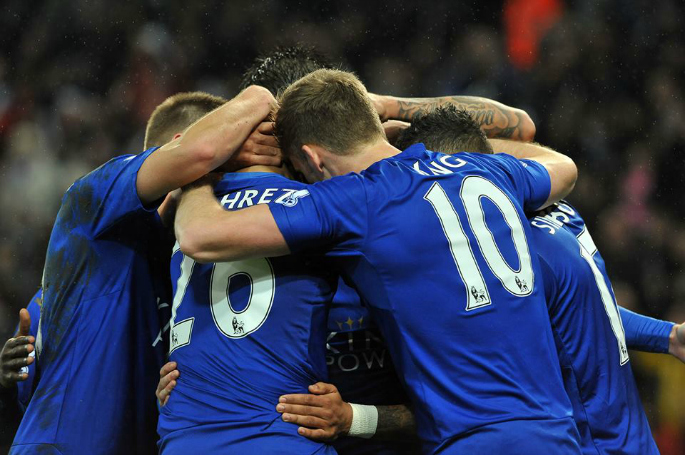 As of April 7, 2016, Leicester City require just 4 wins from their final 6 games to ensure they become champions. However, this task may be made simpler should nearest rivals, Tottenham, drop points.

Jas says: “The Foxes only need to win 4 out of their last 6 games. With such a strong defence, there’s no way Leicester will lose 3 games.”

Spurs have tricky away games against Manchester United, Stoke, Chelsea, and Newcastle still to come. However, they know that anything other than maximum points from all of their remaining fixtures will all but hand the title to Leicester.

Leicester themselves face some difficult tests. They are yet to face Sunderland and Swansea sides who are battling to avoid relegation, while also have tough tests against West Ham, Manchester United, Chelsea, and Everton to come.

It all makes for an enthralling finish to the campaign, which is set to finish on May 15, 2016.

Ranieri wants nothing but effort and commitment from his players, saying: “When they give me everything, their heart and soul, then I’m happy.”

Harvey wants more than that, and says: “I really hope Leicester can seal the deal, but I’m incredibly nervous now! Our expectations are now so high. If we don’t win the Premier League, rather than seeing it as an achievement, it will be a massive disappointment.”

If his Leicester side can hold on, they will make footballing history.

The race for the title is surely now just between Leicester and Tottenham, but anything can happen in the English Premier League. That’s the beauty of it.