“[The driver] had all valid documentation and had cleared the independent background check.”

An Indian taxi driver has been arrested in Kolkata on July 20, 2015 after his passenger reported his indecent behaviour to the police.

The 25-year-old woman was travelling in his taxi on several days before filing a complaint to the police.

She said Yadav was pleasuring himself and kept looking at her, while driving from Elgin Road to Netaji Nagar.

She also claimed the Uber driver took her on a detour on purpose and threatened her for complaining about his choice of route.

After she reported the incident, the police put him under surveillance before locating his residence and arresting him on Monday evening. 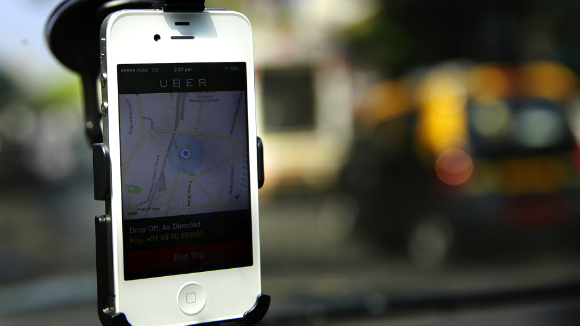 The Indian cabbie has been charged under ‘provisions of the Indian Penal Code related to criminal intimidation and molestation’.

It read: “Upon being notified by the rider, we immediately suspended the driver partner and assisted the local authorities with all necessary information required for their investigation.

“In fact, the rider was satisfied with our immediate assistance and action and continues to frequently use Uber post this alleged incident.”

Uber’s spokesperson, Karun Arya, also commented: “[The driver] had all valid documentation and had cleared the independent background check.”

Almost two weeks ago, a similar incident took place in New Delhi, when a female passenger described her haunting experience with TaxiForSure on Facebook and Twitter. 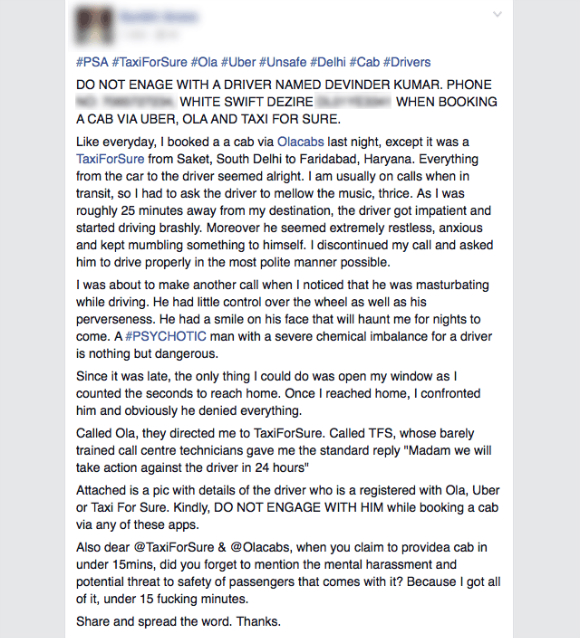 “He had little control over the wheel as well as his perverseness. He had a smile on his face that will haunt me for nights to come.

“A #PSYCHOTIC man with a severe chemical imbalance for a driver is nothing but serious.” 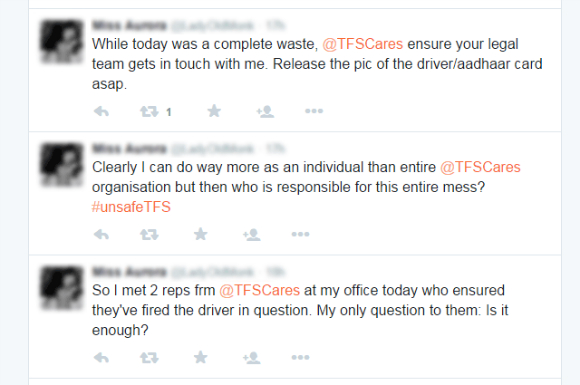 Though the CEO of TaxiForSure, Arvind Singhal, confirmed the Delhi driver was sacked and blacklisted immediately, online taxi services are constantly under fire in India for not carrying out more stringent background checks.

The most shocking example that highlights the need for better regulation was when a woman was allegedly raped by an Uber driver in Delhi in December 2014. 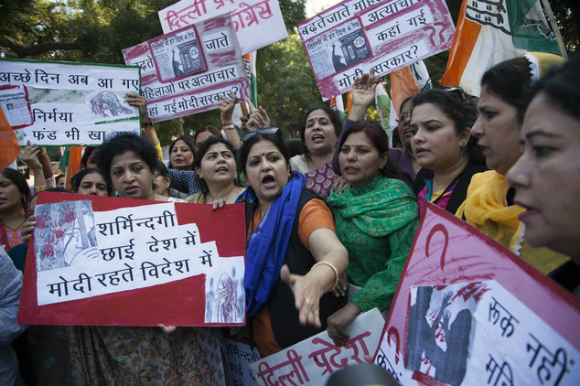 It resulted in a ban on the taxi app in India. But the US company resumed its services in January 2015, despite Indian government officials confirming Uber was still on their blacklist.

Images courtesy of AP and Uber