Should Astrology rule our Love Lives?

Astrology can play an important role in the lives of individuals. We look at how it plays a significant role in love and relationships.

"Astrology allows us to reconnect with ourselves and others."

Astrology can have many uses in our daily lives, one of them being a determiner and ruler of our love life.

Whilst some individuals do not necessarily believe in horoscopes or other astrological practices, many people place significant importance on astrology.

Individuals in the history of Desi culture have often looked intently at astrological charts and mapping such a chart has been hailed as an incredibly important practice.

DESIblitz looks at how astrology has played such an important role in Desi culture as a ruler of love and relationships. 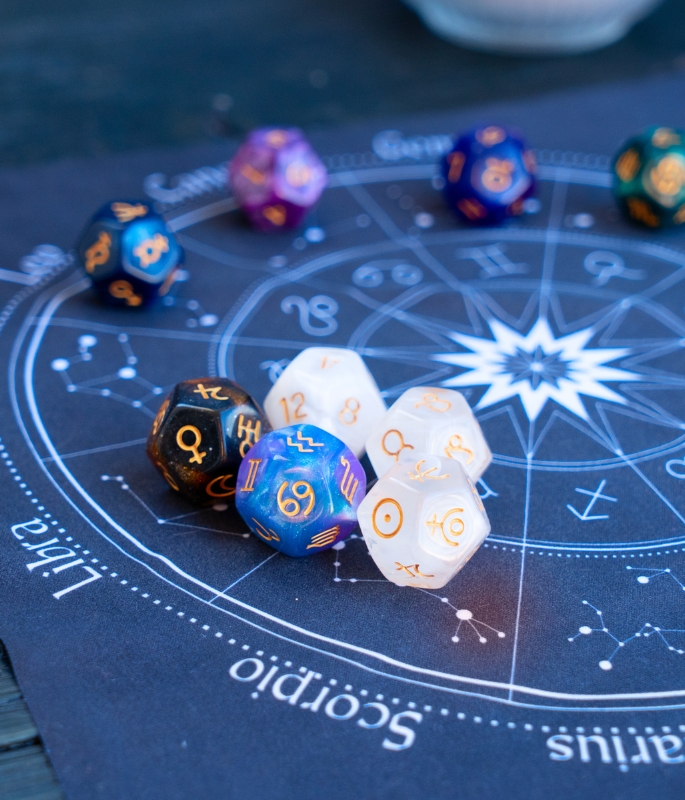 Astrology has a vast and primordial history that goes back as far as the second millennium BC whereby Babylonian astrology was the first recorded and organised system of astrology.

Since then, there has been a multitude of recorded astrology systems from different cultures around the world including Chinese, Indian and Greek.

When first introduced in the Babylonian and Greek periods, astrology and the reading of horoscopes was considered scholarly practice.

However, as cultures and traditions have evolved, astrology has been associated with more of a cultural and even religious system.

In Desi history, astrology has been and continues to be used to map birth charts, dictate baby names, and predict marital relationships.

Indian astrology is also commonly referred to as Vedic astrology or Jyotisha and is connected largely with Hinduism and Vedas, which are ancient Indian religious scriptures.

The word Vedic originates from the word ‘Veda’, which means knowledge or insight meaning this system of astrology centres around the insight into us and our nature.

Indian astrology differs from western (Hellenistic) astrology as they have differing zodiac systems that dictate where signs are placed in the sky.

The sidereal zodiac coordinate system is used in Indian astrology which considers the shifting movement of signs in the sky whereas the tropical zodiac system focuses on fixed stars.

This essentially means star signs are measured differently in the sky and the length of a sidereal year corresponds to the time it takes for the Sun to make a full circle and return to the same position concerning the star.

However, due to their difference, this means there is exactly one entire zodiac sign of variance between Indian and western astrology. 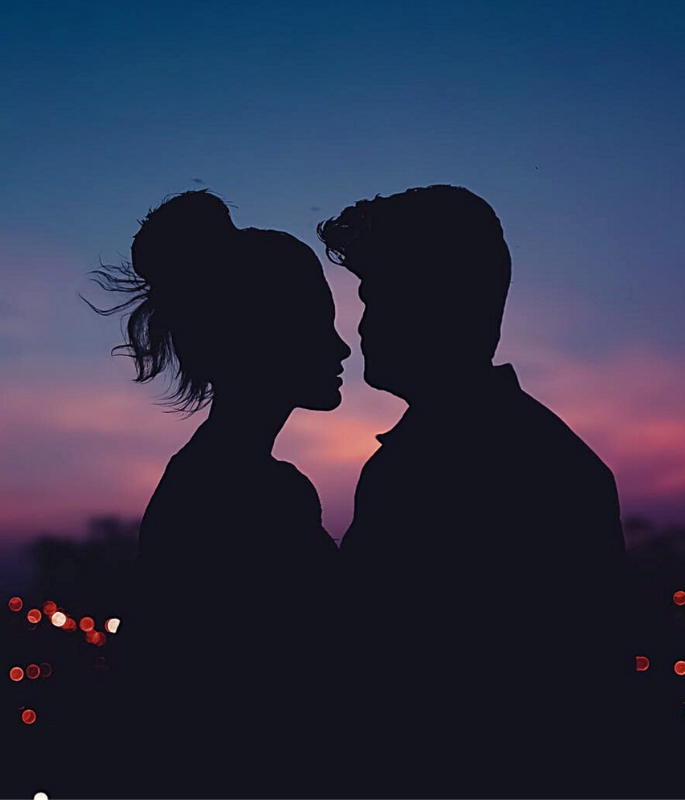 Whilst astrology has a huge and complex history, it still exists in modern-day instances, especially in Desi culture.

There is a multitude of ways that astrology is used in the contemporary lives of individuals from reading horoscopes to influencing traditions.

Not only does it have a vast cultural, religious, and scholarly background, but it has frequently been used in the world of love and relationships.

Individuals in Desi culture have continued to turn to astrology to help judge relationship and love compatibility.

Horoscopes and birth charts have helped determine partners’ suitability and compatibility towards each other by looking at patterns in planetary movements.

However, not everyone agrees with this sentiment.

Some believe astrology should have no bearing on their relationships with others.

26-year-old Laila Singh says: “I don’t see why a star sign should dictate whether a person is suitable for me, because I have dated people whose star signs, I should’ve been compatible with but wasn’t.”

She further reiterates that: “For me, astrological charts dictating people’s love lives was a cultural thing I had heard but has no real bearing on my love life and my attraction towards someone.”

Whilst it is a cultural practice there is no absolute certainty of compatibility when it comes to astrology.

This then begs the question of whether astrological charts and horoscopes have become cultural and religious practices of the past. 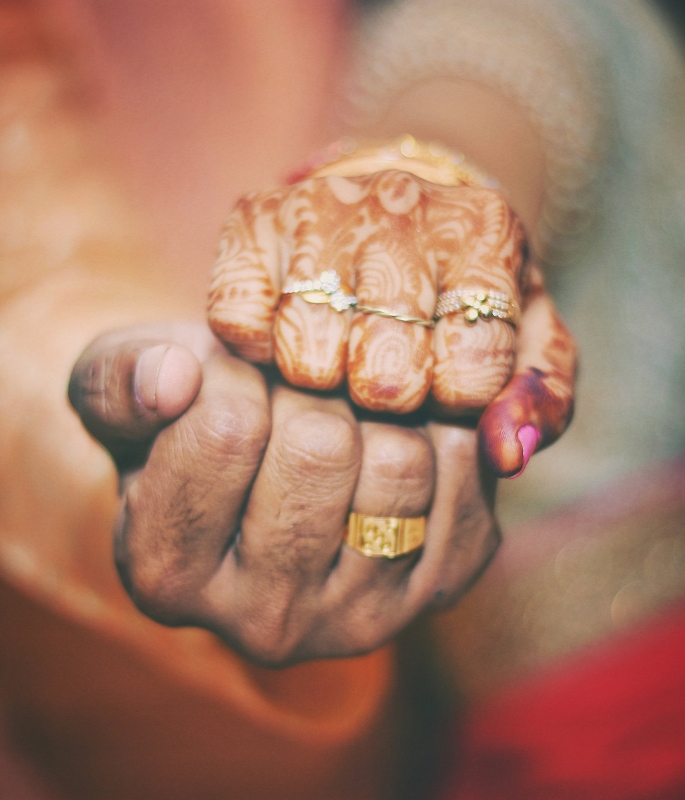 As previously mentioned, charts remain an important practice for certain individuals but not everyone in the Desi culture.

However, there is evidence that they are still being used in Indian marriage ceremonies and certain people’s professions still revolve around astrology.

For instance, in the Netflix show Indian Matchmaking, three different types of astrological methods are used by matchmaker Sima Taparia when connecting individuals.

He goes on to say: “Wedding dates are still very much centred around what is stated in your raasi which is essentially the horoscope compatibility on your birth chart.”

Astrological charts are still being used in Indian marriage ceremonies and important traditional practices, yet not as quite frequently as they may have done in previous years.

Though there is a decrease in the use of astrological charts within Indian culture, that is not to say charts aren’t being used outside of it.

Therefore, astrological mapping and horoscopes are still just as important, yet more so in popular culture.

Why has Astrology become so Popular? 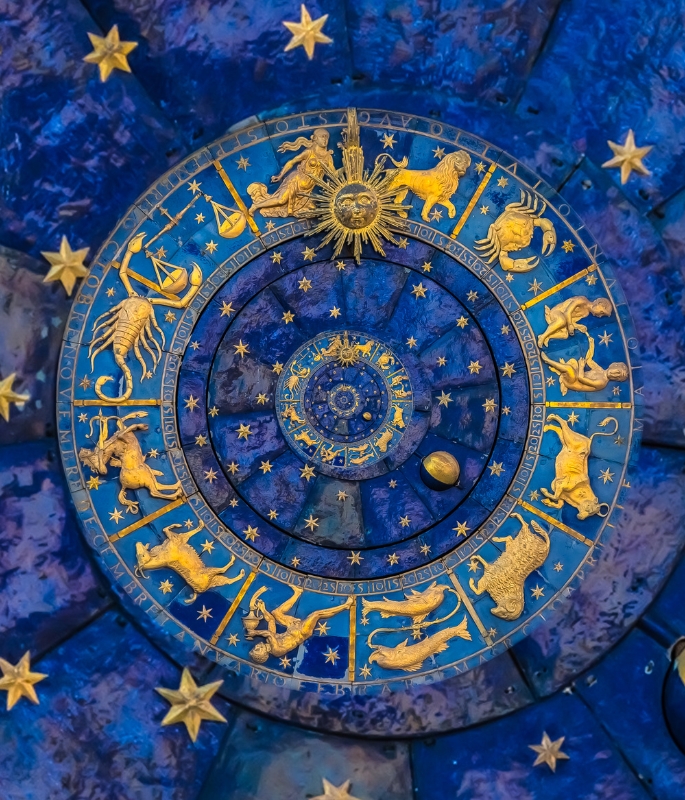 Astrology and certain astrological practices are making an extreme comeback in twenty-first-century society.

There has certainly been a dramatic increase in interest towards all things astrology with companies emerging to benefit by creating star-sign-based products and even apps focused on astrology.

For instance, the app Co-Star has paved the way for people to receive personalised astrology readings and connect with friends over their horoscopes.

Co-Star has had over one million downloads and has been a great hit amongst millennials who can compare natal charts with friends, discover compatibility and learn how to read their birth charts.

22-year-old Deena Sharma said: “It is a fun way to explore various aspects of personality.”

Similar apps like Pattern Astrology, Kismet, and Astrolink have all had comparable effects on enthusiasts.

20-year-old Grace Brenton said: “In a time where technology is constantly on the rise, taking us further and further away from a more spiritual past, astrology allows us to reconnect with ourselves and others.”

Astrology has taken on different roles, whilst it may not be as important as a religious practice, there is a wider importance and popularity associated with it in contemporary culture.

Whilst astrology can play an important role in one’s love life or relationship choices, it should not be a determining factor in whether to pursue a relationship with someone.

An individual personality is made up of more than what their star sign descriptive may entail.

Therefore, it is important to take this into account before making relationship decisions based on the stereotypes of a star sign.

Whilst the previous sentiment is true, it is without a doubt that the new-found craze over astrology has allowed millennials to connect with others spiritually without ruling over their relationships too heavily.

Tiyanna is an English Language and Literature student with a passion for travel and literature. Her motto is ‘My mission in life is not merely to survive, but to thrive;’ by Maya Angelou.
Shannon Singh says She & BF stop for Sex at Service Stations
Divita Rai turns heads in Golden Ensemble at Miss Universe