Controversy ripped through Cannes Film Festival 2015 as women were allegedly turned away from the event for not wearing high heels. Organisers have since denied the claims.

‘Heel Gate’ has caught the attention of Indian celebrities, including Asif Kapadia and Shabana Azmi.

Every year, the Cannes Film Festival is renowned for providing a spectacular display of designer gowns and impeccably stylish suits.

This year, all eyes were firmly fixated on female footwear – but not to check out if they were wearing the latest Stella McCartney or Louis Vuitton.

It is because festival directors allegedly implemented a new rule that required all women to wear high heels.

They were told ‘the height of their smart footwear didn’t pass muster’, though they were wearing flat shoes for medical reasons.

Whilst published guidelines explain all attendees must wear evening gowns or black tie, there is no mention of shoe height. 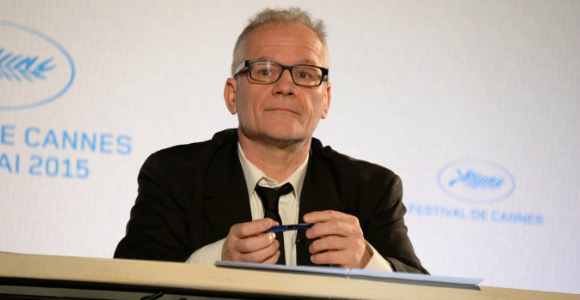 The new policy faces serious backlash from film lovers and women across the world, who deem this enforcement as an act of sexism.

‘Heel Gate’ has caught the attention of a number of Indian celebrities, such as Asif Kapadia and Shabana Azmi.

Asif, the critically-acclaimed director of Senna (2010) and Amy (2015), noticed the ban on flat shoes because his wife almost fell victim to it:

@muirkate happened to my wife (eventually let in)

British actress Emily Blunt also expressed her fury upon hearing the news, saying: “That’s very disappointing, just when you kind of think there are these new waves of equality.”

She commented at a press conference for her new film, Sicario (2015): “Everyone should wear flats to be honest. We shouldn’t wear high heels anyway.”

Thierry Fremaux, director of the festival, took to Twitter to slam these rumours.

His tweet translates to read: “Not at all. And the rumour that the Festival requires high heels for women on the markets is unfounded.”

Then, it was reported that he apologised for ‘heel gate’ at a dinner held at the Carlton Hotel on May 19, 2015.

To put out the fire, the festival issued an official statement as follows:

“Regarding the dress code for the red carpet screenings, rules have not changed throughout the years (tuxedo, formal dress for Gala screenings) and there is no specific mention about the height of the women’s heels as well as for men’s.”

Whilst the validation of the ban on flat shoes is uncertain, its timing is extremely unfortunate for organisers.

Cannes invited just two out of nineteen women filmmakers to the competition this year. Nicola Mills, one of the founders of Film Fatales, was not pleased.

She said: “Obligatory heels force women into a gender stereotype, this seems to counter everything the festival has talked about regarding equality this year.”

Sicario‘s director Denis Villeneuve and main actor Benicio Del Toro joked they would be wearing high heels to future red carpet events at Cannes in protest against these barbaric rules.

But even more backlash can be expected as the prestigious festival draws to a close on May 24, 2015.

Danielle is an English & American Literature graduate and fashion enthusiast. If she isn't finding out what's in vogue, it's classic Shakespeare texts. She lives by the motto- "Work hard, so you can shop harder!"
Aishwarya Rai looks Ravishing at Cannes 2015
Aishwarya Rai captivates at amfAR Gala 2015