Aishwarya Rai Bachchan dazzled the crowds yet again by wearing an Elie Saab couture gown to host the 2015 amfAR Gala. DESIblitz has more.

This former Miss World has grabbed everyone's attention this year with her breathtaking style.

It seems that Cannes 2015 has definitely brought out Aishwarya Rai Bachchan’s fashionista.

Ash was amongst an array of celebrities who attended the 22nd annual amfAR Cinema Against AIDS gala at Hotel du Cap-Eden-Roc on May 21, 2015.

Wearing yet another Elie Saab couture gown, the actress, who hosted the event, looked romantically sensational as she graced the red carpet.

Ash, who has been attending the event for 14 years, opted for a soft, delicate look for the event, following her jaw dropping appearance the previous night in her monochrome Ralph and Russo couture gown. 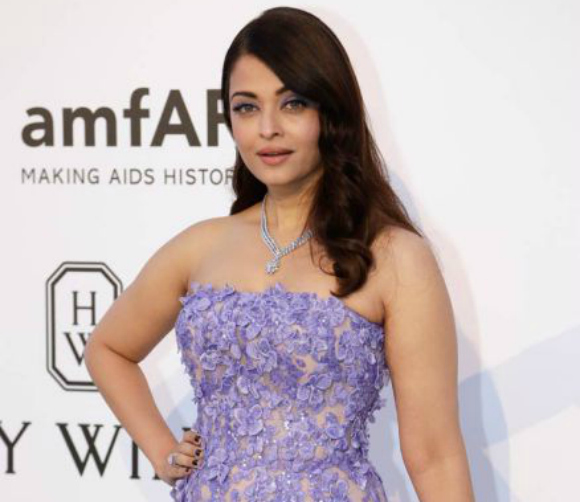 She enticed the crowds in her lilac embellished gown. The off-the-shoulder design looked flawless on the star’s envious figure.

The floral cut outs provided a hint of feminine beauty, whilst the figure hugging corset perfectly accentuated her divine curves.

Her hairstyle, which disappointed fans, replicated styles which she has previously chosen for this year’s red carpet appearances. Nevertheless, her soft tousled waves kept the star looking fresh, and worked well with the floral gown.

Perhaps the most dazzling part of her outfit was her stunning diamond necklace, which glistened against Ash’s gorgeous complexion. 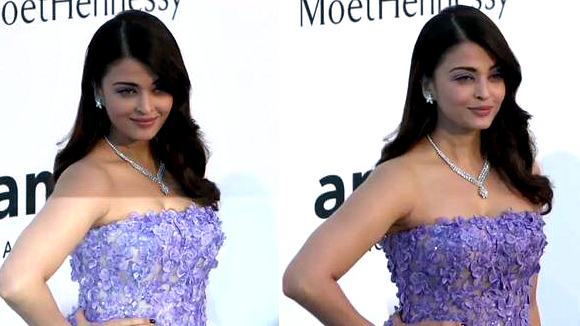 In homage to the gown, Aishwarya opted for matching eyeshadow and nude lips.

Her husband, Abhishek Bachchan, who was scheduled to accompany the Bollywood beauty to the event, tweeted earlier in the day that he would be absent.

Unfortunately due to work commitments I can't attend the AMFAR gala today. But the better half is there to represent.

However best friend, and fellow L’Oreal ambassador, Eva Longoria joined her at the event, looking equally stunning in a Georges Hobeika gown.

Although this wasn’t Aishwarya’s most stand out appearance this year, she still remains a fashion force to be reckoned with.

This former Miss World has grabbed everyone’s attention this year with her breathtaking style at Cannes in an assortment of Elie Saab, Ralph and Russo, and Stella McCartney pieces.

With just two more days of the event, can Aishwarya outdo herself and up the fashion anti?

Danielle is an English & American Literature graduate and fashion enthusiast. If she isn't finding out what's in vogue, it's classic Shakespeare texts. She lives by the motto- "Work hard, so you can shop harder!"
Cannes denies Sexist ‘High Heels Only’ rule
Best Dressed at Cannes Film Festival 2015