The 2023 Miss Universe pageant is underway and for the National Costume round, India’s Divita Rai turned heads in an extravagant gold outfit.

The 71st edition of the prestigious pageant is set to take place on January 14, 2023, with over 80 delegates from across the world competing for the crown.

The winner will be crowned by India’s Harnaaz Sandhu, the reigning Miss Universe.

Designed by Abhishek Sharma, the outfit was “inspired by the ethereal portrayal of India as the golden bird, which is a symbol of the wealth of our rich cultural heritage along with the spiritual essence of living in harmony with diversity”. 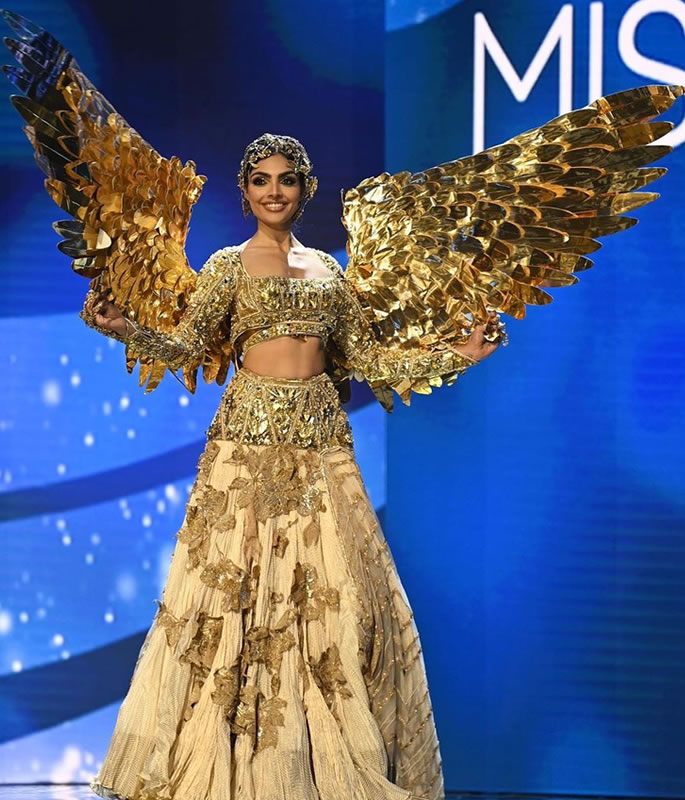 Abhishek called it “a true representation of our country” and added:

“Our country is so diverse in terms of culture, traditions and ethics.

“Thus, it was very important to combine all of these together in a cohesive way.

“This time, we went ahead with the idea of India being known as ‘Sone ki Chidiya’ or the ‘Golden Bird‘.

“It is, in a sense, representative of the serenity, purity, and spiritual angle of our country in a modern light.” 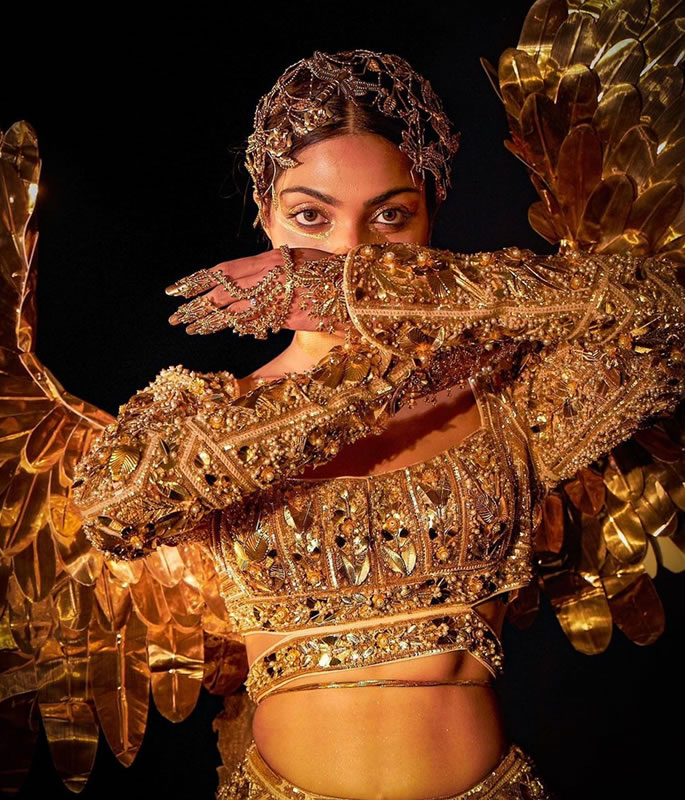 When he began conceptualising the outfit, Abhishek had a few key points in mind.

He continued: “Few of them included purity, serenity, and something that represented us as a whole and not any particular clan or community.”

Divita’s outfit featured gold metallic embellishments which are “a true example of the finest craftsmanship of our artisans”.

Abhishek explained: “The golden colour of the costume not only represents gold as an element but also the inherent value of gold – purity.

“There’s an intense work of pearl embroidery on her costume which represents the delicacy and feminity of the whole idea.

“Just like gold, in its purest form, is very soft and easy to mould, our country, despite its rich diversity, is moulded into one.” 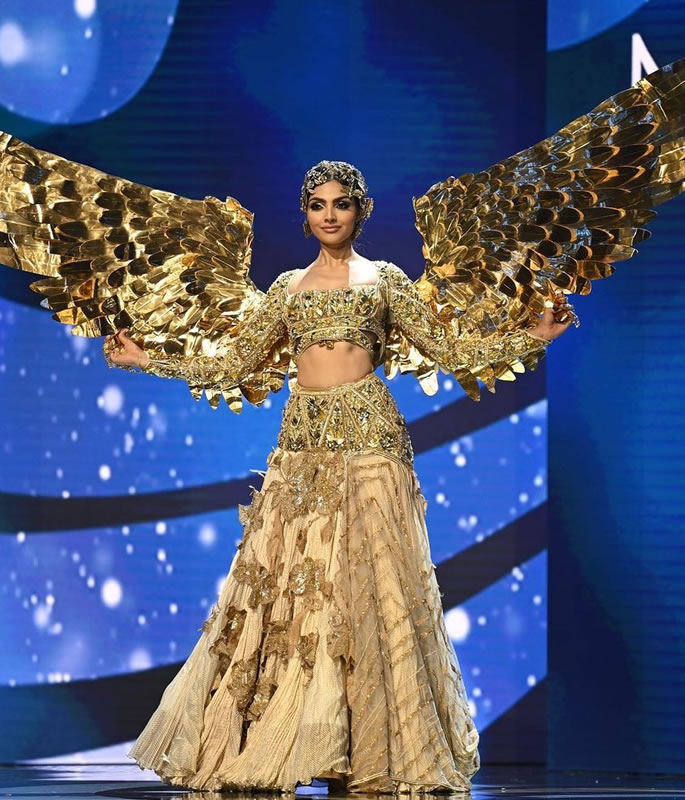 Divita’s ensemble is made up of a blouse, lehenga, dupatta and structured wings.

Speaking about the outfit, Abhishek said:

“The whole blouse and the waist of the skirt are embellished with gold metallic leaf embroidery along with fine pearl detailing.

“The skirt is made using handwoven tissue Chanderi, which is sourced from the Chanderi district of Madhya Pradesh.”

He went on to say that decided on a combination of gold and ivory because they mean purity and serenity.

“We also have geometric lines on the ensemble to bring out the edginess and the modern aspect of us.

“Alongside, there’s intense applique embroidery of gold flowers. Then, there’s a draped net dupatta with zari embroidery along with fine pearl detailing.

“Finally, there are structured wings strapped onto her back.”

According to the designer, the wings represent the power of nourishment and care that India has shown in the difficult times towards the citizens of the world and took care and stood as a support with the notion of ‘One World One Family’.

He added that the National Costume “in its true sense is the essence of modern India and its approach to progressive thinking.” 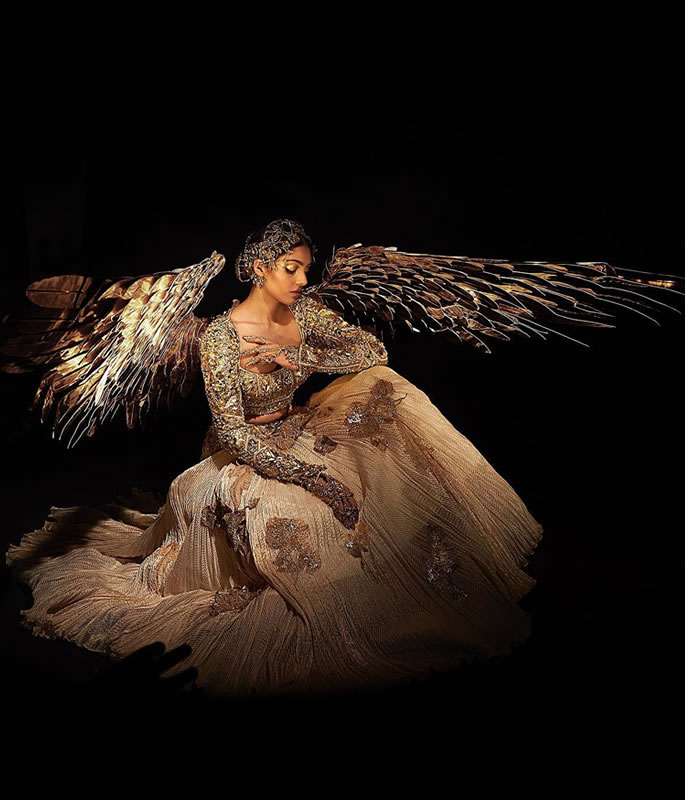 Can Divita Rai become the second successive Indian to take the crown?

Who is Divita Rai? 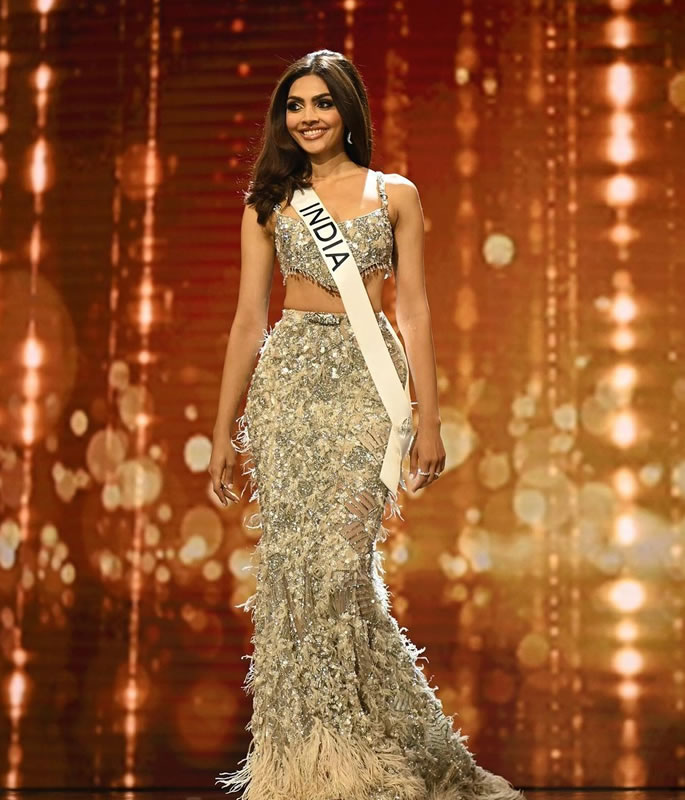 Divita is from Mumbai but is originally from Mangalore in Karnataka.

She works as an architect and model but she also enjoys badminton, basketball, painting, listening to music and reading.

She also competed in the Miss Diva Universe pageant in 2021, which was won by Harnaaz. Divita finished as the second runner-up. 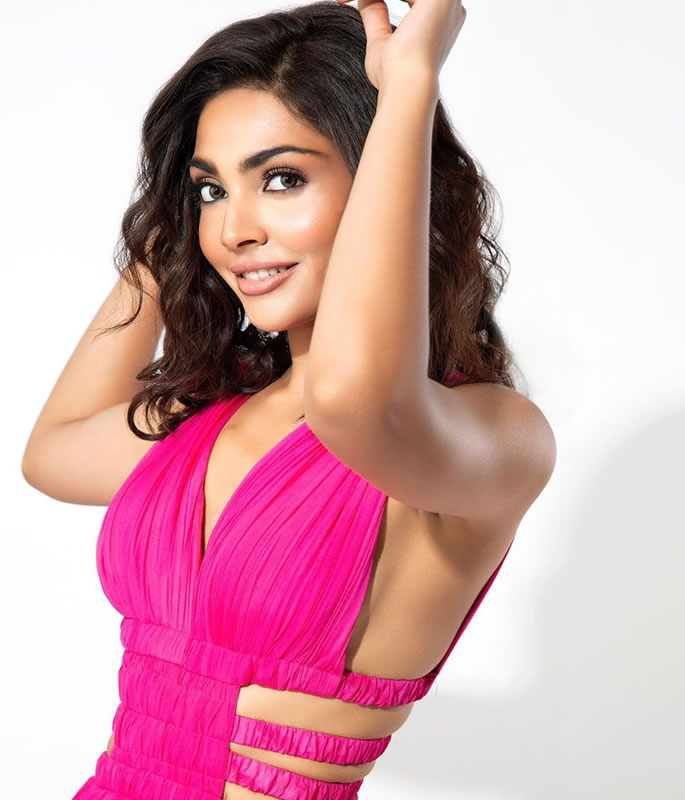 Divita has called herself adaptable as she had to change schools six times, travel and live in different places during her childhood.

Divita has been inspired by her father to make education available to everyone.

She previously said: “My father used his education’s potential to overcome his financial situation and give himself the ability to work and support his family.”

When it comes to pageantry, Divita credits Miss Universe 1994 Sushmita Sen for “her strength, faith in her abilities, and kindness that she radiates”.

Dhiren is a journalism graduate with a passion for gaming, watching films and sports. He also enjoys cooking from time to time. His motto is to “Live life one day at a time.”
Should Astrology rule our Love Lives?
ADHD and Women: The Diagnosis Gap