ADHD and Women: The Diagnosis Gap

The number of women being diagnosed with ADHD is rising. DESIblitz investigates why this is and what this means for South Asian women.

If you were asked to picture someone who has Attention-Deficit/Hyperactivity Disorder (ADHD), you may conjure up the image of a fidgety schoolboy.

If this is the image in your mind’s eye, you would not be alone.

ADHD is a condition that has traditionally been thought to mainly affect boys and men.

This is partly because most of the research carried out on ADHD in the 1970s focused on young, white males with hyperactive tendencies.

Despite this long-held belief, ADHD symptoms exist in both women and men.

However, men are three times as likely to be diagnosed with ADHD as women.

The difference in diagnosis rates is because women are consistently undiagnosed, 50% to 75% of women with ADHD go undiagnosed. 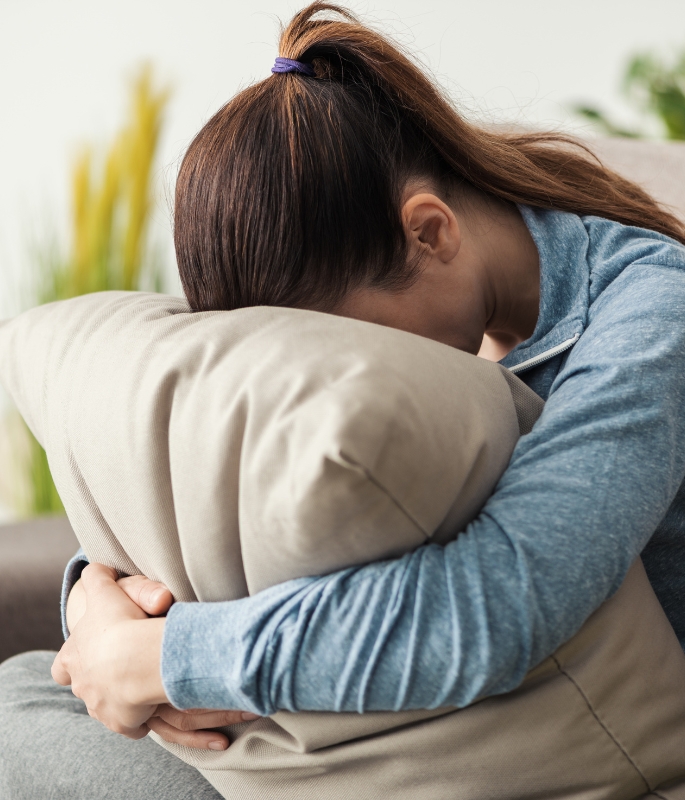 ADHD symptoms can present themselves differently in women and men.

There are three types of ADHD: inattentive, hyperactive/impulsive, or a combination of the two.

Men tend to have hyperactive/impulsive ADHD, which can be identified by behaviours such as being fidgety, restless, disruptive, talkative, impulsive, and impatient.

Whereas women tend to exhibit inattentive ADHD, which can be identified through behaviours such as difficulty focusing, remaining organized and remembering things.

The symptoms of inattentive ADHD are unlikely to be viewed as behaviour problems in a school setting, so the symptoms may be ignored.

Also, there is an element of gender bias. The symptoms of inattentive ADHD such as being shy or daydreaming are often viewed as personality traits rather than symptoms when they occur in girls. 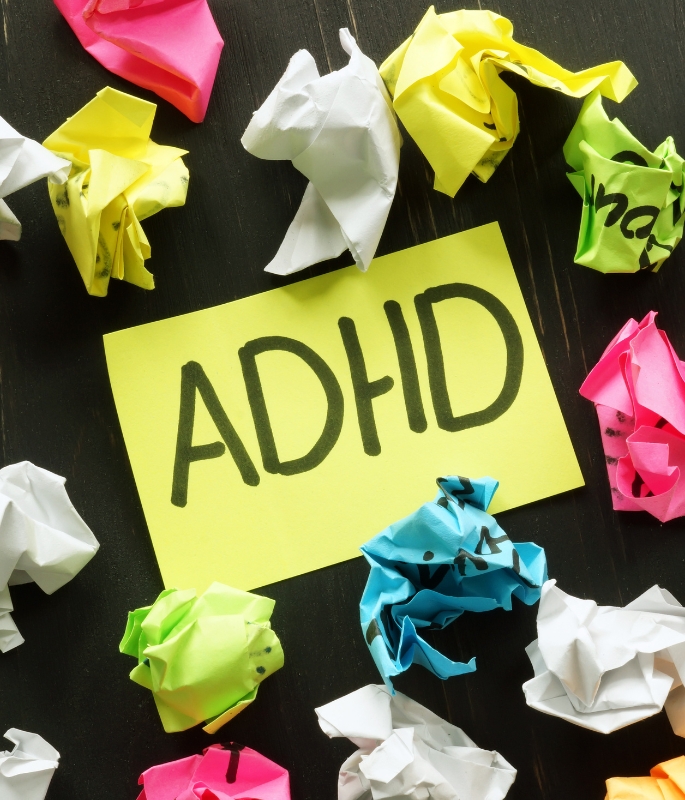 ADHD is often accompanied by other conditions. When someone has more than one condition it is called coexisting conditions.

The symptoms of these other conditions can look similar to ADHD symptoms and can overlap. More often than not, when women seek medical help for their ADHD symptoms, they are often misdiagnosed.

Society pressures women to be organised, neat, supportive, and cooperative.

This pressure to comply with social norms may lead to women hiding and compensating for their ADHD symptoms in the workplace.

One of the ways in which women may compensate for their general lack of focus is to hyper-focus on something they like or excel in.

They will put an enormous amount of effort and concentration toward that one thing. This can make everyone around them dismiss the possibility of the individual having ADHD.

Hyper-focusing can be used as a coping strategy, but at other times, it may be a symptom that cannot be controlled.

When women do not receive a timely and accurate diagnosis, it can have a huge effect on many aspects of their lives.

For example, they may struggle academically and in their careers.

Also, they may experience more anxiety, depression, low self-esteem, and physical symptoms such as headaches.

ADHD symptoms may be viewed as personal failures and they may grow up feeling misunderstood. 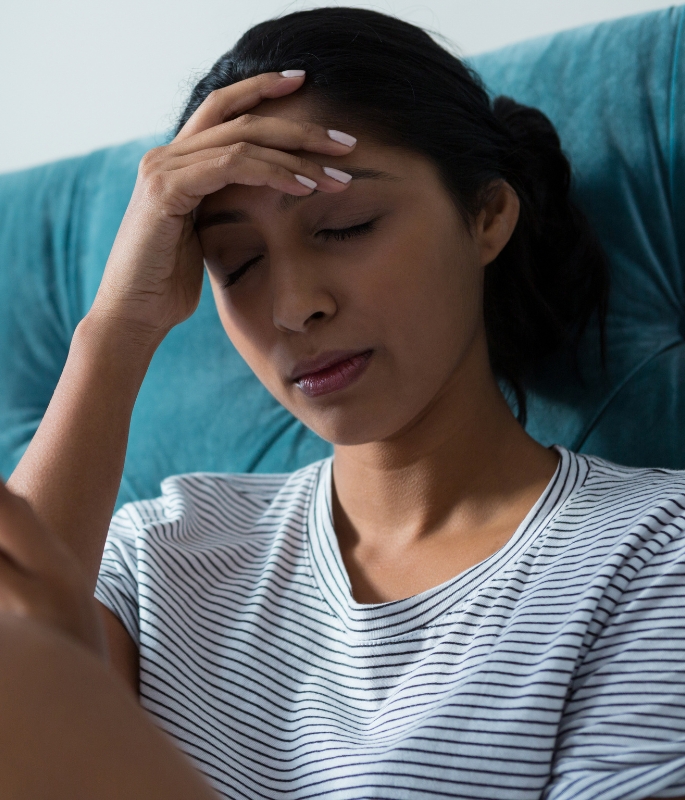 The number of women being diagnosed with ADHD has been increasing over the last several years.

However, for one woman named Jasminder Patel, a 28-year-old finance professional from London, the Covid-19 pandemic acted as a catalyst for finally getting an ADHD diagnosis.

When the pandemic began and lockdowns were enforced, Jaminder, like so many others, found herself confined to her home where she lived alone.

On her lockdown experience, Jasminder said: “All the structures and routines of my life were taken away in a single stroke and my world came to a grinding halt.”

She found herself in an enforced state of unstructured isolation. In this stillness and emptiness, Jasminder was forced to confront an uncomfortable truth.

Jasminder recalls the moment her realization hit her full force:

“Although I look normal from the outside, on the inside I had been struggling for a very long time.”

“I was living in a state of overwhelm and anxiety. From childhood, I had always felt somehow out of sync with everyone else.”

She did everything in her power to get the best grades, internships, and promotions.

This required a herculean effort that others around her did not have to make.

Jasminder was able to hit her goals but was plagued by inattention, procrastination, indecisiveness, chronic shyness, internal restlessness, constant craving for stimulation, bouts of hyper-focus, and disorganization.

Coming from a conservative South Asian family, she never felt comfortable sharing her struggles. She did not confide in them that she had received a diagnosis of anxiety in her early twenties.

On her decision not to confide in her family, Jasminder explained:

“I know my family and community hold negative views about mental health conditions. I was scared that they would see me as weak and damaged.”

Jasminder viewed each of the difficulties as a personal failure and tried to work harder to overcome them, whilst knowing this was an impossible task. 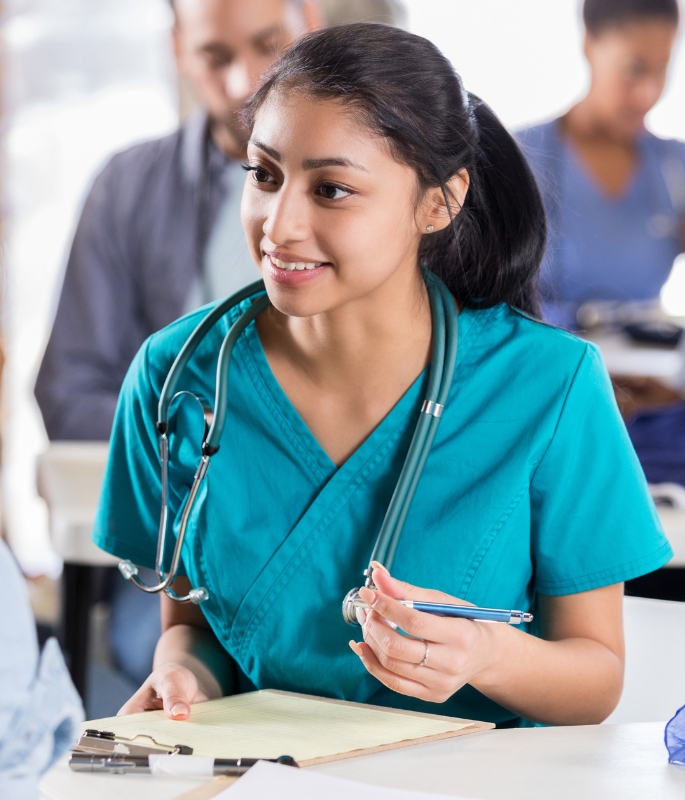 Despite her long-held negative beliefs, Jasminder had the time and space to try and understand why she was constantly struggling to keep her head above water.

Her Google searches told her that many of her struggles were symptoms of ADHD. She was also one of the billions of people who found themselves watching Tik Tok videos with the hashtag #adhd.

There she found videos of women who had previously been diagnosed with anxiety and depression finding out they had ADHD, and how the symptoms present differently in women.

In her search for answers, Jasminder said:

“I know you can’t believe everything on Tik Tok, but finding this online community of women gave me the push I needed to reach out to my GP.”

Jasminder was deeply surprised by her GP’s reaction to her belief that she may have ADHD.

Jasminder was told that many adults were getting in contact about potentially having ADHD:

“I was so surprised that my GP’s first question wasn’t about my symptoms, but an attempt to dissuade me from investigating my concerns.

“But I wasn’t going to give up that easily. I told my GP that I understood I would have to wait, but that was not a valid reason for not being put forward for an assessment.” 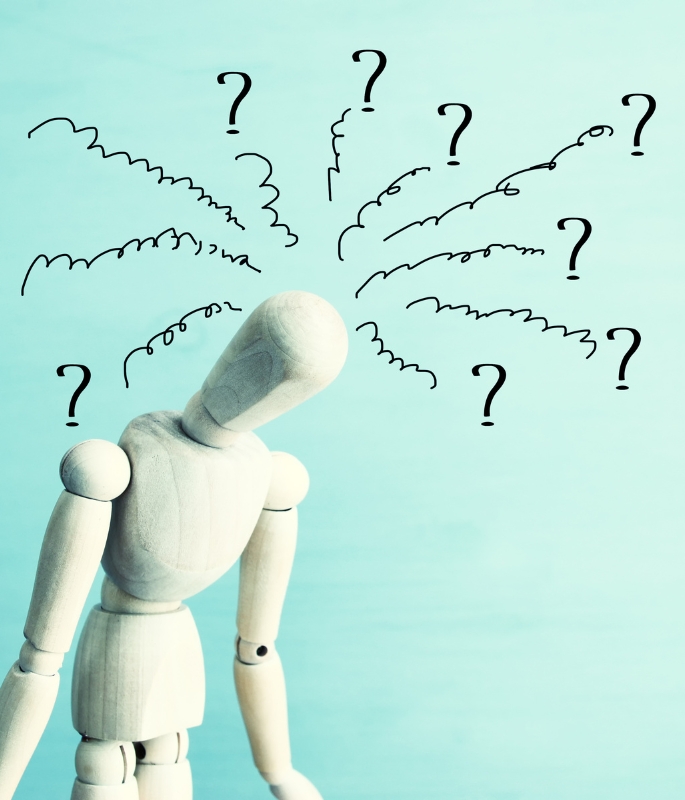 Jasminder’s GP then went on to ask her if she had any behavioural problems at school, if she had struggled academically and if she had trouble holding down a job.

When Jasminder said that this had not been her experience, her GP became dismissive.

Jasminder explained that as a child she was restless, but this never presented itself as disruptive behaviour.

This is because Jasminder felt the weight of cultural and gender norms very early on.

She was aware from a young age that education was important to her family, and she was expected to do well.

Misbehaviour was not an option as she was expected to be a ‘good girl’. The values of obedience and fealty to parents and teachers had been drummed into her.

Jasminder also had to face bullying at school due to her race and religion.

As a coping mechanism, she tried to keep herself quiet – not wanting to gain anyone’s attention.

She explained that she had been able to reach a postgraduate level of education, but this had not been an easy task.

Her ability to hyper-focus helped her academically and made it appear to others that she did not need help.

Jasminder went on to confirm that she had been able to keep a job with the same employer for several years.

She made clear that this had been extremely difficult and that just because she had successes in her life, did not mean that her struggles could be dismissed.

Eventually, her GP agreed to put her forward for an assessment. 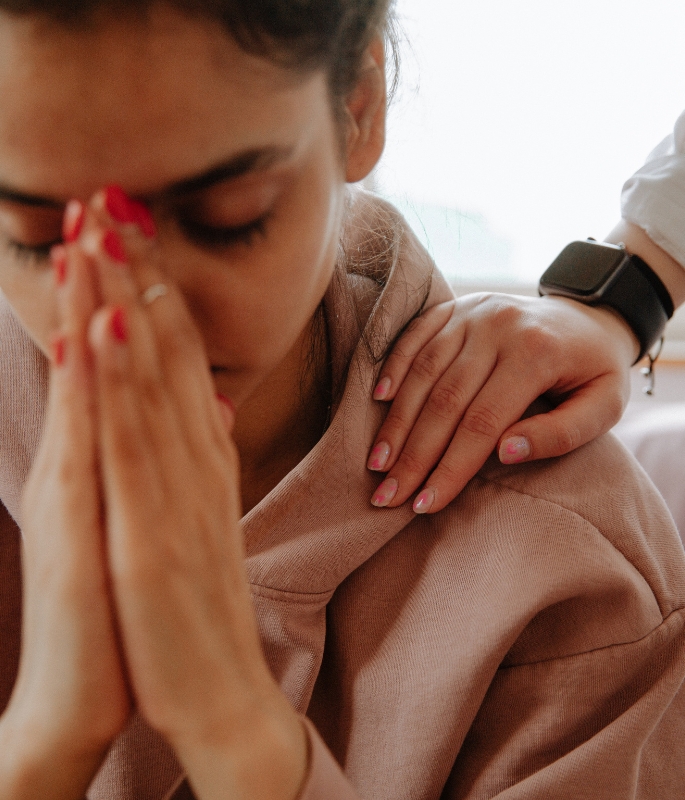 It took two years for Jasminder to have the assessment and get an ADHD diagnosis.

Jasminder described the moment she got her ADHD diagnosis: “As soon I got the diagnosis a great sense of relief washed over me.

“My symptoms did not disappear but I was finally able to reframe my life experiences and get the support I desperately needed.”

“Since being diagnosed, I am learning how to work with my mind and not against it.”

She also found out that she had been suffering from a sleep disorder for over a decade.

Delayed Sleep Phase Syndrome, which is not uncommon among those with ADHD.

Jasminder’s final thoughts about her diagnosis experience were that:

“Although the path to an accurate diagnosis was not an easy one to travel, I am glad that it is one I embarked upon.”

Jasminder’s story makes clear that it is never too late, and that a diagnosis is invaluable at any age.

Women’s lived experiences cannot be ignored and they must continue to advocate for themselves even if they have to do so alone and in the face of disbelief.

Jasdev Bhakar is a published writer and blogger. She is a lover of beauty, literature and weight training.
Divita Rai turns heads in Golden Ensemble at Miss Universe
Everything You Need to Know about Dip Powder Manicures