With her long, raven hair cascading down her shoulders, she truly looked phemonal.

While well-known as the daughter of SRK, Suhana Khan is quickly earning fame for her jaw-dropping fashionista looks.

She managed to turn heads once again, wearing a beautiful, sparkling creation. The 17-year-old donned a golden dress for her mother Gauri’s Halloween party.

Yet, despite many famous faces in attendance, Suhana captured all the attention with her breath-taking outfit.

She wore a gold dress, created with sheer material. Embellished with a shimmering, leopard print pattern, the starlet certainly dazzled under the flashes of the Indian paparazzi’s cameras. 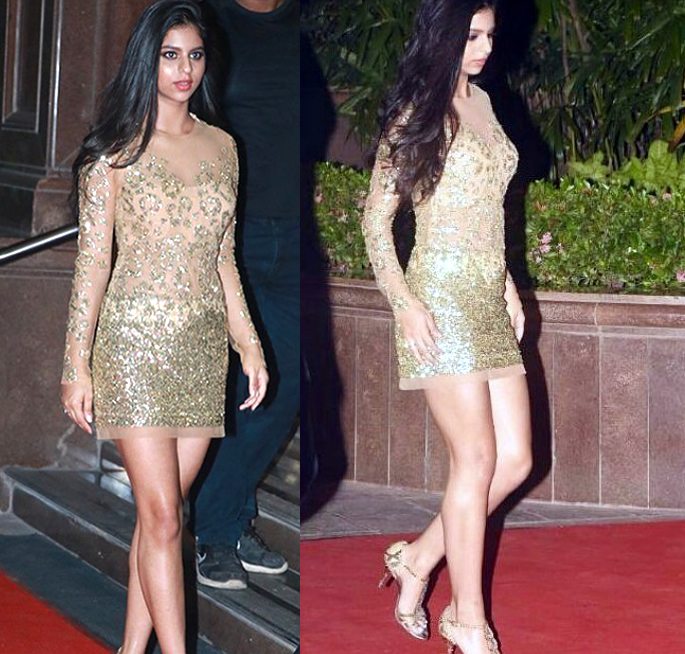 Showcasing the star’s stunning figure, Suhana added a pair of gold, strappy heels to the evening look. With her long, raven hair cascading down her shoulders, she truly looked phenomenal.

This outstanding party look showcases Suhana’s true potential to become a spectacular fashion icon. Back in June 2017, she hit headlines for another jaw-dropping outfit. Wearing an eye-catching, orange dress, she even became a top pick in our weekend fashion. 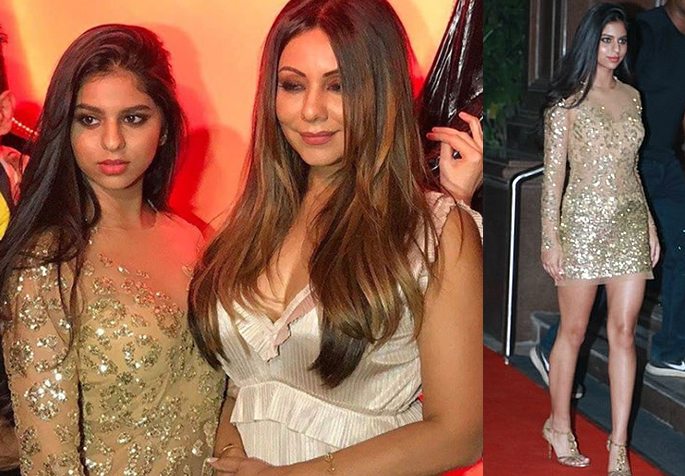 Even Malaika donned a similar golden outfit. But while she certainly looked enchanting, Suhana hailed as the fashionista of the night.

The teenager’s mother also appeared captivating as she wore a white gown, created by Givenchy. 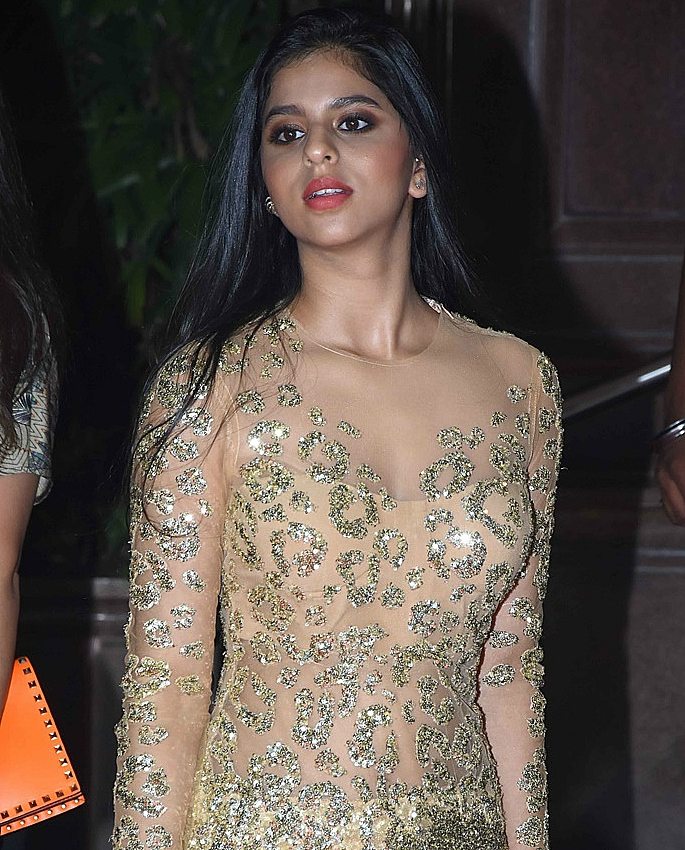 Ever since the teenager celebrated her 17th birthday in May 2017, the daughter of SRK has gained a massive wave of popularity. With many fans hoping she will eventually land a Bollywood debut.

Despite her young age, she has already seen the pressures of fame. But this hasn’t deterred her from the spotlight and showcasing stunning looks.

We can’t wait to see what Suhana will bring to our attention in future. At just 17 years of age, she’s already proven how she has an eye for glamorous outfits, with the perfect combination of makeup and jewellery.