Suhana Khan at Cinema Outing while SRK and Gauri Party

While SRK and Gauri partied with Manish Malhotra, Suhana Khan stole the spotlight as she was spotted at a cinema with Adnaan Panday.

This cinema outing marks the second time Suhana and Adnaan have been spotted together.

Both Suhana Khan and SRK showed us how to eliminate the Monday blues as they enjoyed a great start to the week.

While Shahrukh Khan and his wife Gauri partied with the likes of Manish Maholtra, Suhana went to the cinema in Mumbai. But she didn’t go alone; Chunky Pandey’s nephew Adnaan joined her.

Fans first got a glimpse of the fun night as fashion designer Manish shared an image of his party on Instagram. Posing with Shahrukh Khan, Gauri Khan and Anu Dewan, all four stars appeared in good spirits as they partied through the evening.

The celebrations followed the successful show the designer created for the Lakmé Fashion Week Winter/Festive 2017.

But over in Mumbai, Suhana Khan managed to steal the spotlight as paps spotted her at PVR Juhu. She left the cinema with Adnaan Pandey, both donning casual attires.

The daughter of King Khan looked utterly fabulous with a white tank top and camouflage trousers. Finishing her look with beige trainers and tousled, long hair, Suhana appeared every inch a trendy superstar. 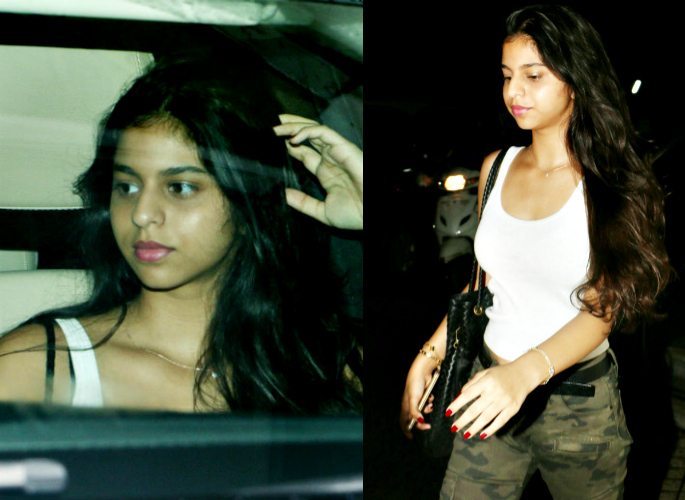 This cinema outing marks the second time Suhana and Adnaan have been spotted together. During Lakmé Fashion Winter/Festive 2017, they hit headlines as they posed together for pictures. Both wearing big smiles, it seems the two up-and-coming stars enjoyed the event.

Suhana Khan also made a great impression with her stunning outfit. Matching a black halter-top with ripped, white jeans, she added a touch of rock chic with her leather boots. Injecting splashes of colour with her red nails and yellow handbag, perhaps one day we will see her strut down the catwalk? 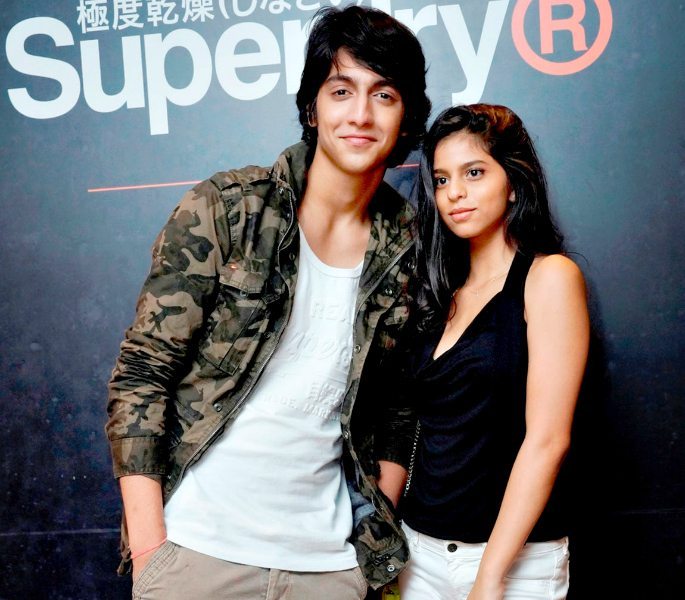 Now, after their second outing, many will speculate on the nature of their relationship. But, it seems they remain just as friends. They come from the same group as Adnaan’s cousin, Ahaana Pandey, and Shanaya Kapoor, Sanjay’s daughter.

It seems Suhana has grown used to the Indian paparazzi; previously she looked visibly uncomfortable as paps hounded her as she tried to get on a lift. In years to come, she may carve her own Bollywood career, after the end of her studies.

With SRK and Gauri partying and Suhana enjoying a movie night, the family certainly knows how to make the most of their individual lifestyles.

Suhana is definitely showing despite being King Khan’s daughter, she is an outright independent young lady!