"It's a proud moment for the family."

The Sikh brothers are the son of former referee Jarnail Singh, the first turban-wearing EFL official, who retired in 2010.

Bhupinder will be the assistant while Sunny will be the fourth official for the Championship match between Bristol City and Nottingham Forest on April 10, 2021.

Bhupinder is an assistant in the Championship and Sunny referees National League games.

The brothers combine their roles with full-time jobs as a PE teacher and prison officer respectively.

Sunny added: “On a personal note, the game on Saturday is one of the biggest things that we’re going to be involved in.

“As a refereeing family that have come through the system and followed in my Dad’s footsteps, I never thought we would be on the same Championship game.

“It’s a massive dream but, at the end of the day, I don’t want people to think we’ve made it. This is just a small step we’ve achieved but our goal is to become full-time match officials.

“If we can be on the same Premier League game or become full time, that is the end goal.”

Bhupinder said: “I think we’ve only done two or three games together but this is massive as it’s in the Championship.

“It’s the highest stage that we’ve been at together.

“My dream is to get to that next step which is the Premier League and be a full-time assistant referee.”

Bhupinder also added: “I do not think there are any other Sikh referees in English football right now.

“There are others of South Asian origin but definitely not Sikh.

“I want to represent the Sikh community and any diverse background to get into refereeing.”

Jarnail, who is a referee assessor, will miss the game due to Covid-19 restrictions but hopes “in the future there will be an occasion where I can watch them both walk out on the same pitch”. 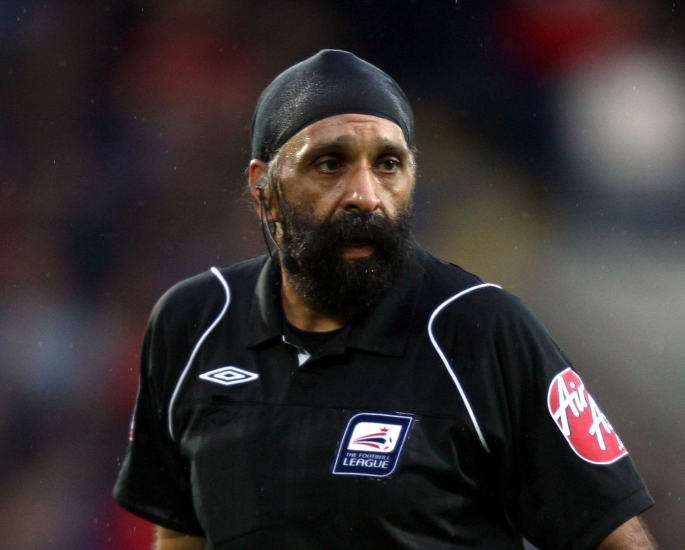 Ex-Premier League referee Howard Webb worked with Jarnail during their time with the EFL.

He has monitored the brothers’ development and “has quite a bit of contact” with Sunny as he has progressed through the refereeing ranks.

Howard Webb said: “It’s really important we have strong role models at the top of the professional game that shows to other people who are thinking that refereeing might not be for them because there’s no one that looks like them, that actually it can be for them.

“The more we can be truly representative, the less this will be a conversation in the future.

“It will come down to the good old fashioned ‘are you a good referee on the day or in general’.”

He added: “To work with your sibling on a game is pretty special.

“But, make no mistake, if they weren’t good enough they wouldn’t be on the game.

“As someone who assigns officials in the professional game, quality is the first thing you look for.”

Dhiren is a journalism graduate with a passion for gaming, watching films and sports. He also enjoys cooking from time to time. His motto is to “Live life one day at a time.”
Pakistani-origin Zidane Iqbal signs for Manchester United
11 Famous Indian Female Basketball Players