Pakistani-origin footballer Zidane Iqbal has signed a professional contract with Manchester United after impressing in the youth teams.

"A dream come true to sign my first professional contract"

Talented teenager Zidane Iqbal has signed a professional contract with Manchester United after impressing in the club’s youth teams.

The 17-year-old, who is of Pakistani origin, joins several others in signing new deals in 2021.

Iqbal has not played for the Under-18s since December 2020 but is expected to regain fitness soon.

Man United rate the attacking midfielder so highly that they wanted to tie down Iqbal on a professional deal to oversee his development.

Iqbal does not turn 18 until April 27, 2021, but The Red Devils are so keen on him, they are set to fast-track his route into the first team.

Iqbal is set to be part of United’s Under-23 squad next season.

His representatives, Base Soccer, announced the news of his first professional contract, tweeting:

“Many congratulations to Zidane Iqbal, who has signed his first professional contract with Manchester United.

Iqbal had started seven times for the Under-18s before he suffered an injury.

He made his debut at that level when he was just 16.

“I’d like to thank my family, my friends, the coaching staff and Base Soccer for all their help and support.”

Despite being ruled out with an injury, Manchester United believe Iqbal has what it takes to succeed. 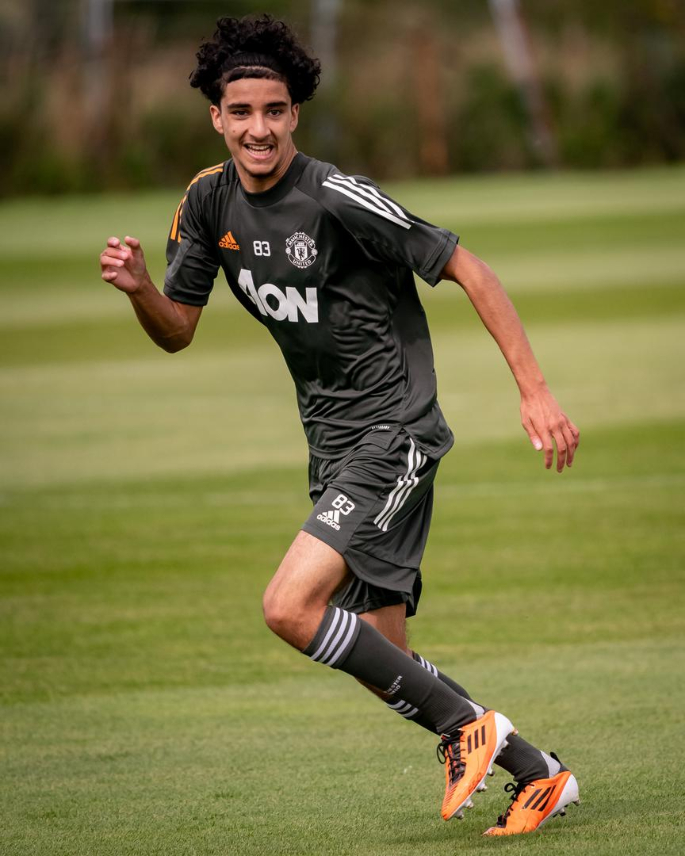 United last won the Under-18s league in 2017-18 when they were coached by Kieran McKenna, who was soon promoted to the first-team coaching staff by then-manager Jose Mourinho.

Elanga could join Shoretire in making the senior team after being included in the squad for their Europa League tie with Granada.

“Anthony will be in the squad, he’ll be on the bench. He has impressed when he has been in training with us.

“He was very unlucky two or three months back when he got a bad injury and he’s worked really hard to come back, because he was just due to move into the first-team squad back then.

“He’s got an X factor, some attributes, it’s not like a gift, but he’s got the acceleration, pace, speed, that’s a given for wingers and he’s got qualities I like.

“His appetite and hunger to improve and when he’s been training with us the while he’s been here now he’s not been fazed by it, he’s confident.

“He’s not just there for experience, he’s ready to play a part if he has to.”

Dhiren is a journalism graduate with a passion for gaming, watching films and sports. He also enjoys cooking from time to time. His motto is to “Live life one day at a time.”
First Indian female Cricket Commentator Chandra Nayudu dies
Brothers to be 1st South Asians to Officiate same EFL Match