"You are the voice of your own."

India’s Harnaaz Sandhu has been crowned the winner of Miss Universe 2021.

The 21-year-old from Punjab represented India at the 70th Miss Universe 2021, held in Eilat, Israel.

The previous Miss Universe, Andrea Meza of Mexico, crowned Harnaaz at the event, which was live-streamed globally. 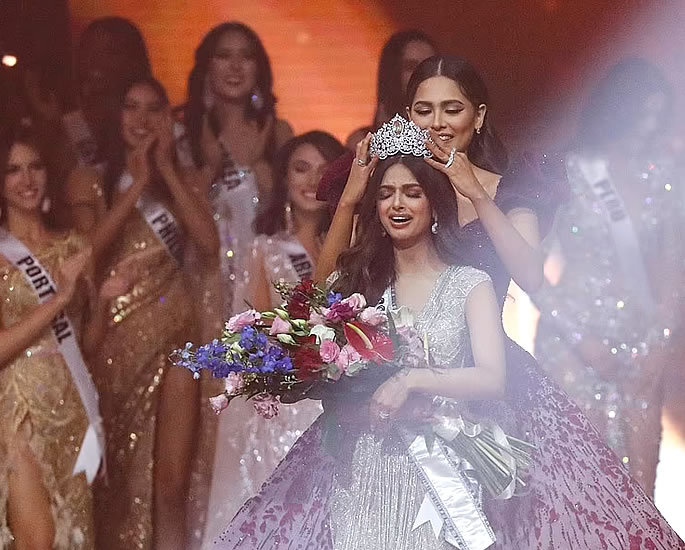 The pageant was held in the middle of the night to accommodate the United States’ primetime schedule, coming to an end at 5 am local time.

Miss Universe 2021 was hosted by US TV personality Steve Harvey.

The pageant included traditional displays of national costumes, evening gowns and swimwear, as well as a series of interview questions to test contestants’ public speaking skills.

As part of the top three round, the contestants were asked:

“What advice would you give to young women watching on how to deal with the pressures they face today?”

Harnaaz replied: “The biggest pressure the youth of today is facing, is to believe in themselves.

“To know that you are unique makes you beautiful. Stop comparing yourselves with others and let’s talk about more important things that are happening worldwide.

“Come out, speak for yourself, because you are the leader of your life. You are the voice of your own. I believed in myself and that is why I am standing here today.”

Following her powerful answer, the model-actress made it to the top three.

She was previously asked: “Many people think climate change is a hoax, what would you do to convince them otherwise?”

Harnaaz said: “My heart breaks to see how nature is going through a lot of problems, and it is all due to our irresponsible behaviour.

“I totally feel that this is the time to take action and talk less.

“Because our every action could save or kill nature. Prevent and protect is better than repent and repair and this is what I am trying to convince you guys today.” 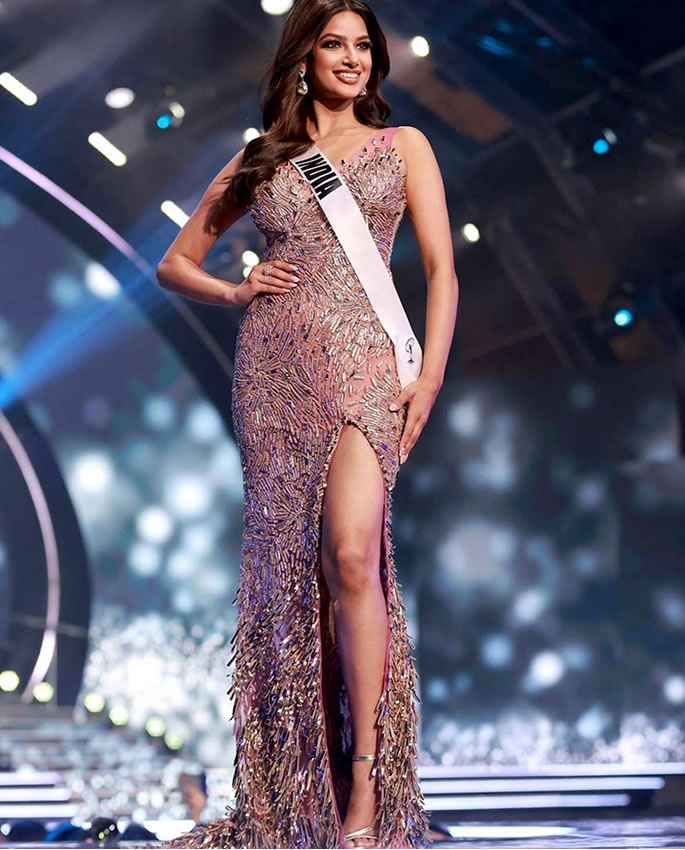 Harnaaz, who is from Chandigarh, began taking part in beauty pageants as a teenager, winning titles such as Times Fresh Face and Miss Chandigarh in 2017, and Miss Max Emerging Star India 2018.

She was crowned Miss Universe India in October 2021.

In addition to being a model, Harnaaz has also featured in a number of Punjabi films. 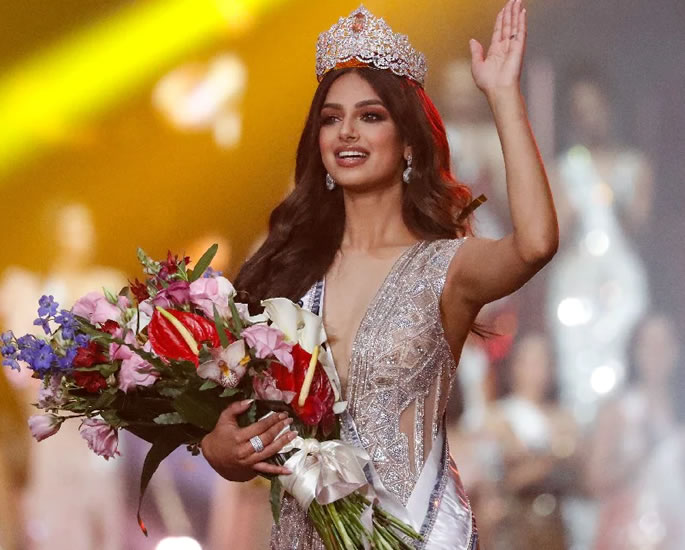 On her preparation for Miss Universe 2021, Harnaaz previously said:

“I believe I am the only candidate who got the shortest time to prepare, but the team has been putting in a lot of effort to bring the best version out of India.

“And I am getting a lot of training, be it in terms of communication or putting myself out there confidently.

“I promise to each one of you that you will enjoy the process – all these efforts will not go in vain.”

Following her Miss Universe triumph, Harnaaz Sandhu will now reside in New York City and take part in a number of events around the world.

Dhiren is a journalism graduate with a passion for gaming, watching films and sports. He also enjoys cooking from time to time. His motto is to “Live life one day at a time.”
7 Top Apps to Improve your Sexual Health
Sara Ali Khan fights Period Bloating with Intense Workout