How the West uses Desi Fashion and Culture

The cultural appropriation of Desi fashion in the West has been a topic of much debate, causing abundant controversy in the media over recent years.

Cultural Appropriation can be defined in a nutshell as the adoption of aspects of a minority culture by another, larger culture.

Desi culture in particular has seen a tremendous amount of appropriation by the west, with Desi clothing, accessories, music and food being adopted into mainstream western culture.

Fashion is an especially dominant area in which cultural appropriation exists.

Desi items that have been “taken” and used by the west include mehndi and bindis, which have, since their appropriation, gone from cultural and religious symbols to mere fashion accessories.

Temporary and stick on henna tattoos and bindis are now available to buy in abundance at local Topshop or Claire’s Accessories stores, having been established as a staple of the average white teenage girls summer wardrobe within the last few years and featured heavily in fashion magazines as “festival wear.”

It is common now to see celebrities such as Vanessa Hudgens, Kylie Jenner and Kendall Jenner flaunt their own intricately decorated hands and flashing bindis at the annual Coachella music festival in an effort to look “exotic.” 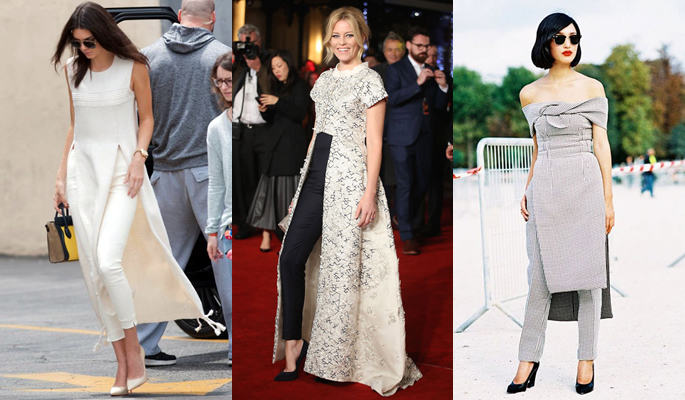 But it is not just fashion accessories that the west adopt. Kendall Jenner came under controversy for wearing a salwar kameez suit in 2015.

The model was spotted wearing an all-white dress over trousers ensemble, and was applauded for being “chic” and “trendy” by the fashion world, who failed to acknowledge the cultural appropriation at work.

The “dress over pants” attire, which is quintessentially Desi, became a celebrity fashion trend that was adopted by the likes of Emma Watson and others, who wowed the red carpet for their innovative and fashion-forward creativity.

Numerous western popstars and musicians have come under fire for regaling Desi fashion in their music videos. Take Beyoncé in Coldplay’s ‘Hymn For The Weekend’ music video.

The world’s most recognised pop star emulates a Bollywood actress, ‘Rani’, on the cinema screen. She is adorned in Indian jewellery, mehndi and a traditional embellished dupatta. While the video aims to showcase India in a positive light, it also highlights how Desi fashion and culture is perceived and interpreted through the western lens. 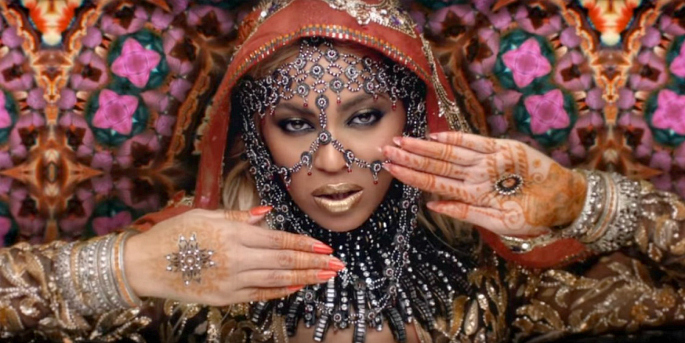 From Holi, street-kids (no doubt a nod to Danny Boyle’s Slumdog Millionaire), to a chaotic rickshaw journey to a local cinema. Even though Beyoncé is herself from an ethnic background, she is still the centre of a video that uses an “exotic” culture to her advantage.

Iggy Azalea is another example of cultural appropriation. The artist created an Indian-wedding themed music video for her track, ‘Bounce’. The video sees Iggy dressed in vibrantly coloured bridal wear, busting a few Bollywood moves, before riding on an elephant dressed as a Hindu goddess complete with crown and gold bodysuit.

While both tracks were incredibly popular for mainstream audiences, many criticised the narrow-minded perception of India through rose-tinted glasses. Others, however have celebrated the global appreciation of Desi fashion and culture by the west.

The question that remains is, why is cultural appropriation unacceptable? Are Desi’s overreacting towards the use of their culture by non-Desi’s, specifically the western majority? Is this, in fact, a positive way of encouraging diversity and letting the world learn about Desi culture?

Possessing an appreciation for Desi fashion with respect to the origins of its traditions and the struggles of its people to create and maintain their culture is not appropriation.

Utilising aspects of Desi fashion in order to profit from it, i.e. by designing Desi-inspired clothing with the intention of selling it to the western masses, is a means of exploitation and comes under cultural appropriation.

Many Desi’s also take strongly to the positive perception of non-Asians that adopt Asian cultures as “hipsters” and creative “free-spirits” when they themselves have been mocked for accepting and adopting their own cultures. The double standards with which they are both received is characteristic of cultural appropriation.

British Asians in particular may find practicing their cultures difficult, due to seeming traditional and unwilling to assimilate into British culture. Many often report receiving funny looks for dressing in a traditional saree or salwar kameez in public, and feeling subsequently ashamed.

What these British Asian’s are questioning is why it is perfectly fine for non-Asian’s to walk around with mehndi painted hands complete with hand chain, but when they do it to honour and preserve their own culture, they are primitive and unwilling to integrate into British society.

Appropriation is also a problem when the object that is being “borrowed” from a culture is an item of religious significance, for example, the bindi. The sacred meaning is lost when the item becomes a fashion accessory for use by the masses.

However, there is also a division of opinion amongst Desi’s themselves on the subject.

Reacting to Selena Gomez’s appearance in the ‘Come and Get It’ music video during which she wore a bindi, Hindu leader Rajan Zed said that the bindi has religious significance and should not be used as a fashion accessory:

Actress Priyanka Chopra, however, applauded Gomez’s attire as “an embrace of Indian culture.”

Blogger Anjol Joshi argues in an article for The Huffington Post that non-South Asians wearing the bindi is simply “the continued evolution of this cultural symbol.”

She goes on to explain that in an era of globalisation, the exchange in cultures in inevitable, and does not understand “the big deal” concerning the bindi being used for fashion instead of spiritual purposes, as many Hindu women themselves did not know its specific religious significance, and merely used the bindi as decoration. 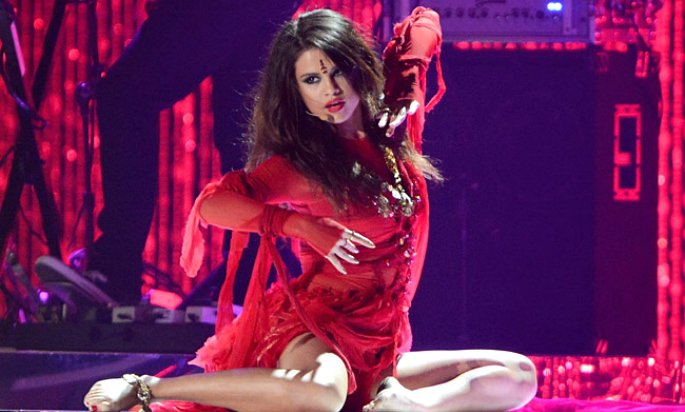 Actress and fashion icon, Sonam Kapoor, who played a small cameo in Coldplay and Beyoncé’s music video, disagrees entirely with the debate of cultural appropriation:

“We as Indians use a lot of westernisations in our films and music videos. No one speaks of us offending other people’s sensibilities.”

There are many mixed views on the topic of Cultural Appropriation, but in many cases the defining factor between appropriation and appreciation is very often the aspect of mercenary exploitation, especially when it comes to fashion and trends.

What Desi’s who oppose cultural appropriation are fighting is not the exchange of cultures to embrace diversity, but the exploitation of Desi fashion by large western corporations who seek to profit from a long, vibrant history of culture which was also previously exploited by the west in the past, for example, the colonisation of India by the British.

Desi fashion and culture is a reflection of South Asian history and the struggle that went into creating and preserving a Desi identity.

Through fashion, food, music and dance, Asians are able to hold onto some of this precious history that keeps them grounded towards their roots. By turning culture into commodity, we risk losing it forever.