Iqra Aziz posted a few pictures of herself in a pink summer dress, however, some trolled her, claiming it was “revealing” and “too short”.

"Why are you showing your legs?"

Iqra Aziz was subjected to criticism after she shared her summery look.

The popular actress took to Instagram to share a couple of photos in which she can be seen wearing a pink and white dress.

The dress gave off retro vibes as it was intricately patterned and featured puffy long sleeves.

Iqra completed the outfit with a pair of pink heeled pumps.

Iqra simply captioned the post with a series of emojis. It amassed over 460,000 likes and many loved the actress’ cute look.

However, some people took to the comments section to criticise Iqra, accusing her of wearing a “revealing” dress despite it being a knee-length frock.

One person said: “Why are you showing your legs? Shame on you, you are a Muslim. You can wear it with white trousers, use your head.”

Another said: “Not good qualities.”

A third person commented: “She looks naked, not pretty.”

One troll wrote: “I don’t understand how their husbands allow them to wear such dresses.

“Why don’t they feel jealous when their wives expose their bodies shamelessly?”

A user said: “I am shocked to see her in this dress.”

One critic was so shocked, that they said they are no longer a fan.

“I was a fan of her’s but after getting married, she wears these types of short dresses.”

Another comment read: “This dress does not suit you.”

Others made fun of the actress, claiming that she was wearing a child’s dress. 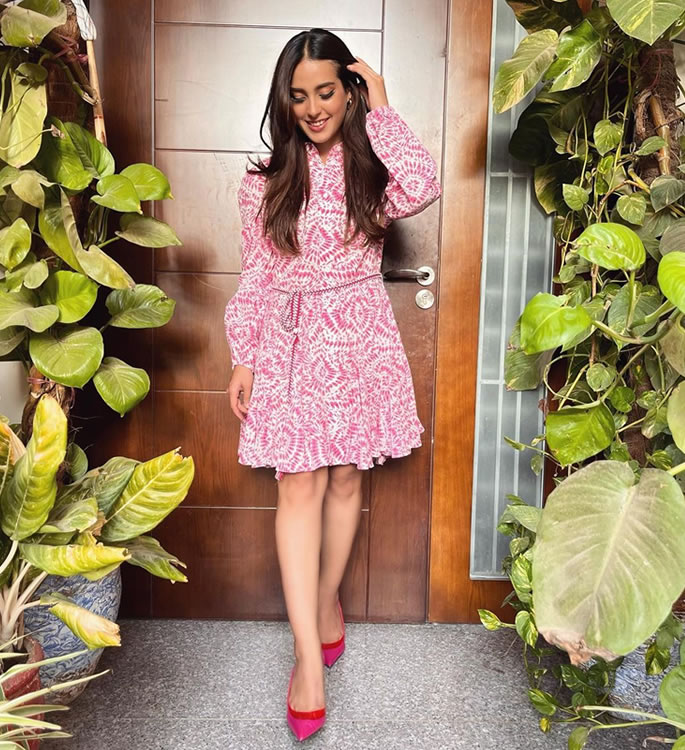 One user liked Iqra’s look but claimed that she should not be promoting Western culture, writing:

“She looks gorgeous in this but as a Pakistani actress, she shouldn’t be promoting western culture when our own culture is so rich and beautiful.”

It is not just Iqra Aziz’s outfits that have been criticised, her marriage to Yasir Hussain has also been in the spotlight, mainly due to their 11-year age gap.

Iqra spoke about their age gap and the benefits of marrying an older person.

She said: “I realise a fact that he knows the world better than me I can learn from him so many things which can groom me.

“It’s not that I’m not depending on him for a decision or an answer but it feels good.

“When someone is older than you he can give you better advice.

“It’s okay if you love someone who is older than you.

“We don’t have to marry someone to babysit whether he is a girl or a boy. Yasir is not babysitting me.”

Dhiren is a journalism graduate with a passion for gaming, watching films and sports. He also enjoys cooking from time to time. His motto is to “Live life one day at a time.”
What made Ayan Mukerji ‘So Angry’ with Ranbir Kapoor?
Priyanka Chopra shares Glimpse of daughter Malti Marie